Thoughts of a Bored Atheist 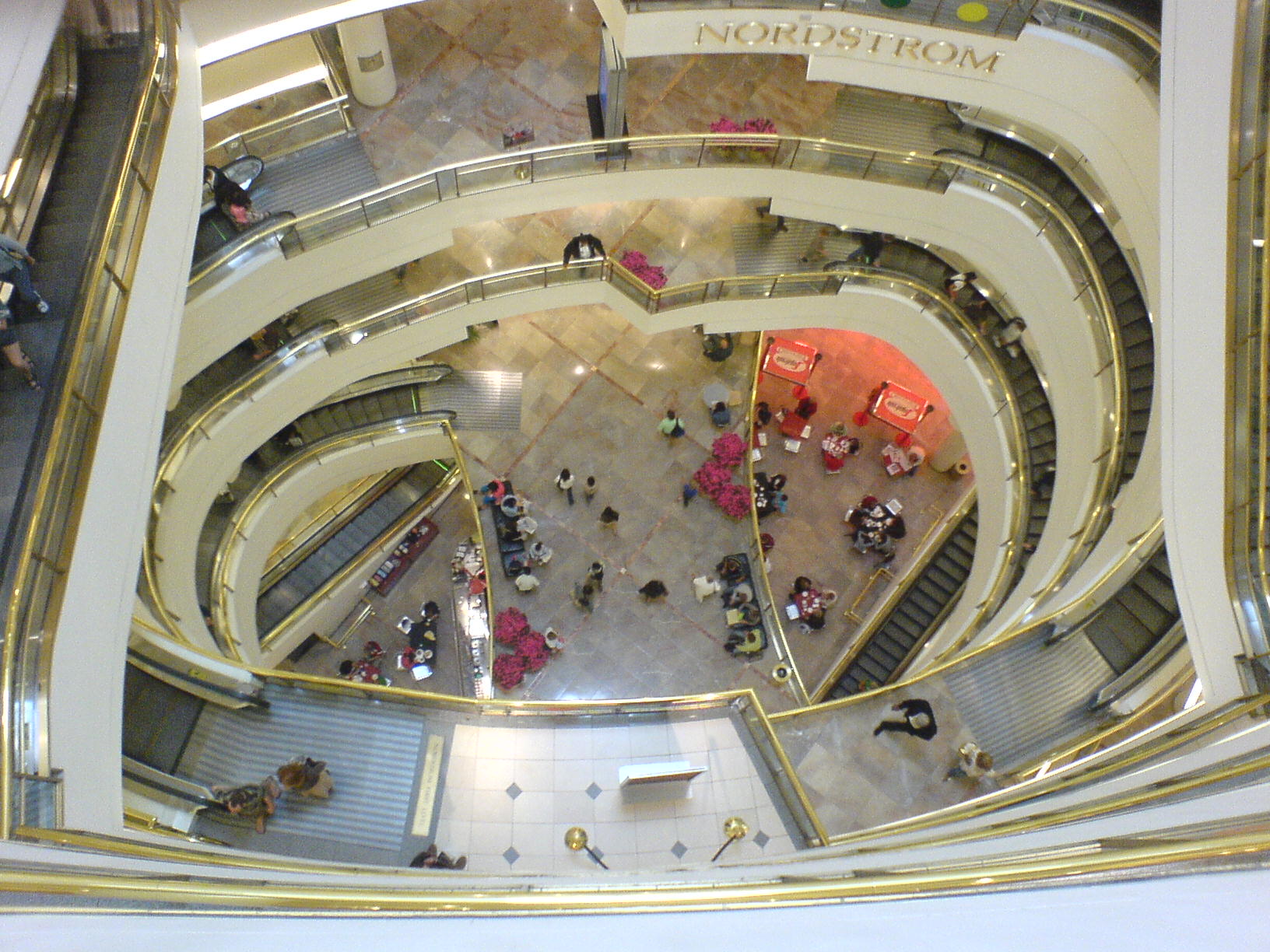 Architecture in the Age of Stuff… (Image owned by Editor)

As a Catholic atheist with Romantic-existentialist leanings and left-wing conservative political views, I might say I am something of a self-contradiction; though naturally I would just as soon disagree. If the following is therefore riddled with glaring flaws, don’t bother pointing them out. They’re supposed to be there.

Is anyone else bored out of their irrational skin by this “Age of Reason” stuff? I can no more work out exactly how the world is from logic alone, than I can work out what a house looks like just by looking at a hammer. I could at this point write an article about how “Science” is itself a faith (with which I would disagree), and about how science isn’t strictly rational but fundamentally empirical, and about how the Creation story in Genesis was almost certainly never meant to be taken literally, and about how Dawkins doesn’t understand religion, and that it’s only the fundamentalists who deny evolution. However, I can’t be bothered; it’s all been said a quadrillion times before and will all be said a quadrillion times again, to no avail. That argument is dead in the water, and no-one has anything new to say on the matter.

What, then, of the “Age of Reason”? If we live in an “Age” at all, and we’re obviously keen to label our era, it’s an age of “Stuff”. We live in the Age of Stuff; God is dead, and in his place we milch around and have sex with each other and buy nice soap, and go on about how bloody great atheism is and how if all religion were abolished there’d be no crime and no suffering and no war and we’d all just hold hands around a rainbow and sing that god-awful John Lennon song about “living for today” (mind you, he also said he was a walrus, so can we really trust him?) Because it’s not as if human beings don’t just naturally have a capacity for conflict. If there was no God, we’d fight over politics. And if there was no politics, we’d fight over what’s for dinner. It’s just what we do.

I do however want to point out that religion may be dangerous at its extreme, or annoying at far less than that – but it’s nearly always interesting – something which, in our Age of Stuff, is about all you can really hope for. It’s at least true that we won’t build any great monuments to secularism that rival the majesty of Durham Cathedral. If you want proof, in 2009 my birth-town of Shrewsbury, also the birth-town of Darwin, put up a monument to celebrate the bicentenary of the latter’s birth (as in 2191 I have no doubt they shall do for the former). By all accounts, it was rubbish. I think it might even have been melted down and made into something more useful like soup-pans.

I also wonder if people who dismiss religion as a bunch of fairy-tales have ever considered that maybe the inverse is true, and that fairy-tales are expressions of a similar myth-making impulse to religion? This is how I see things; to dismiss the stories as “untrue” is to miss the point, since I’m more interested in why the stories were written in the first place. No one person sat down and wrote the Bible, after all, but it was written and developed over time, and for some reason. How, why, and from what did these writings develop? My belief is that the “religious impulse” (whatever that is) is fundamental to most humans. In the absence of God, we’ll find something else to be religious about.

The problem with this New Atheism is that it’s simply so boring. There have been some brilliantly imaginative atheists with some brilliantly imaginative explanations of religion; Freud’s theory that it began with some monkeys rebelling against the monkey-king and then feeling guilty for killing the monkey-king is a hoot; it’s bold, daring and most importantly fascinating. But merely going on and on and on about how science has disproved God no longer cuts the mustard. Science should be awesome and inspiring in its own right, and not because it (arguably) denounces mythologies which themselves may yield a myriad of fascinating explanations, whether psychological, anthropological, sociological, theological, spiritual or, as is probably the case, a combination of all of these.

Some of the stuff physics is telling us is every bit as unimaginable and counter-intuitive as Jesus’ little jaunt on the water: a particle goes through two slits at the same time; the density of neutron stars; the sheer size of the universe; that time is not absolute but is bound up with space… you can probably tell I’m not a physicist from these vague, inaccurate descriptions (any more than I’m a Freudian) but I find it all fascinating. Yet with New Atheism, even when all this is presented to us as the sheer amazingness that it is, it’s normally done so in a way that makes it seem as if the power of science is in its ability to oppose religion, rather than being amazing in its own right. I get the “Religion = Bad” argument; it’s just a pity there hasn’t been the same multitude of equally vigorous “Atheism = Good” arguments: one glorious exception is Philip Pullman’s His Dark Materials.

But life is so damn vague anyway in the Age of Stuff, that who knows what is really going on? All I can say for definite is: if there is a God, he’s not an Arsenal supporter. (Ed. He’s almost certainly a Birmingham fan)