Things That Go Bump in the Mind 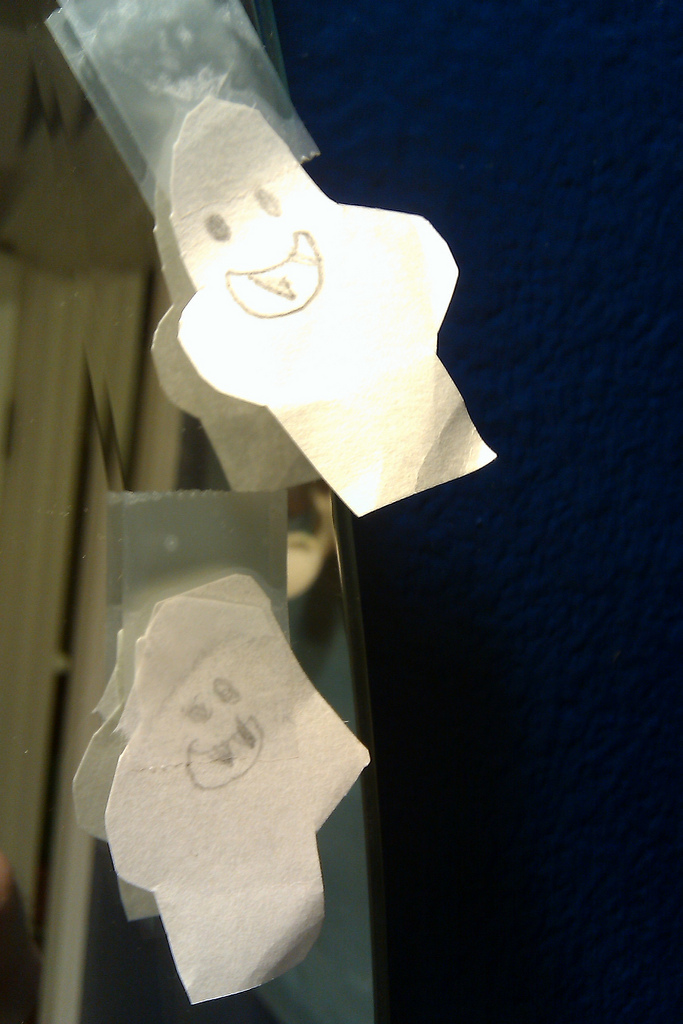 Even for the sceptical, ghosts can be a powerful idea.

Open-minded Durham lovers may wish to consider taking the Durham Ghost Tour which begins at 19:00 by the equestrian statue of Lord Whatshisface in the Market Square, and ends around 21:00 at that creepy bit behind the music department on Palace Green. It is not like the York ghost walks; as the haunted city par excellence, the English capital of alleged ghost sightings, York is chock-a-block with actors in black hats charging a fiver for reeling off some highly dubious and historically fascinating tales of haunted music schools and ancient knights long-buried under the floorboards of hotels.

Durham’s ghost walk differs in several ways. Firstly, whereas York’s history provides background to some essentially hokey stories, here the stories are more by way of illustrating and enlivening some very nasty aspects of Durham’s history. In fact, there’s very little in the way of old buildings occupied by long-dead children, and plenty in the way of well-frequented pubs and shops that harbour medieval dungeons, and streets I walk down every day that were once a bustling centre for child prostitution. If you want to get a sense of the muck and blood and poverty out of which Durham grew, do not let the “paranormal” flavour of the tour put you off: the tour guide really knows his stuff – some of it he seems to know a little too well – and I came away feeling that after three years there is barely anything I know about this small city and its wealth of surprises.

The second, and primary, difference is that the man giving the guide is no actor, but a paranormal investigator who believes much of what he is saying, and has photographic evidence for much of it. I don’t believe in ghosts, but I am scared and fascinated by them, and I am also open to the fact that there are some phenomena out there that have yet to be accounted for. The photographs we were shown were very weird. Assuming he hasn’t photo-shopped them, which I am not cynical enough to believe, there are still plenty of plausible hypotheses as to how such photographic phenomena occur, from tricks of light to coincidental conglomerations of stone on a prison wall (ghostly faces leering out of medieval dungeon are a bedrock of creepy photographs), to obscure scientific phenomena that can no doubt be explained without recourse to a worldly sphere of aliens and ghosts (as may be the case with the mysterious “orbs” of light that were clearly visible in some of the photographs). Nevertheless, the fact that the man telling me and showing me all this has experienced such, or believes he has, is enough for me to at least ask questions about faith and doubt.

I am partly a believer in the self-justifying power of phenomena. For example, some buildings have atmospheres, particularly buildings of historical significance, as if the building itself knows its own importance, its own history. From my own experience, Durham Cathedral, the Eiffel Tower and Auschwitz all (in their own way) exhibit this near-mystical sense of being more than “just a building”. A classic sub-genre of the ghost story is that the of the “stone tape”, which plays on the idea that buildings record the events which take place within them, and play it back as ghostly apparitions to future generations. Now, I do not think this is ontologically the case, but I can understand where the idea for the story came from. I am sure there are many excellent scientific accounts for why I experience certain buildings as exhibiting this certain “atmosphere”: psychologically, my own fertile imagination no doubt shapes much of my experience, and I would imagine that on further inquiry the climate, my sensory perceptions of the material etc., all contribute to my subjective experiencing of these buildings as “mystical”.

None of which means that, for me, the experience isn’t greater than the sum of the scientific parts (on this point I am a Catholic): the very experience, whatever the cause, has some power over my imagination so that, without needing recourse to a world of ghosts and ghouls for explanation of the events, I can nevertheless enter into the imaginative world in which belief in such supernatural spooky-doos is required. Which is why, although I do not seriously think that there is a monster hiding amongst my coat-hangers, I nevertheless make sure that I fall asleep facing the wardrobe.

So if you want not only to learn some obscure and very interesting history, but also to reflect on the way some creaky coffin lids and ghostly child laughter raise questions of faith and experience, truth and imagination, you can do a lot worse of an evening than take the Durham ghost walk.