The Wise Man Builds His House on Rock ’n’ Roll 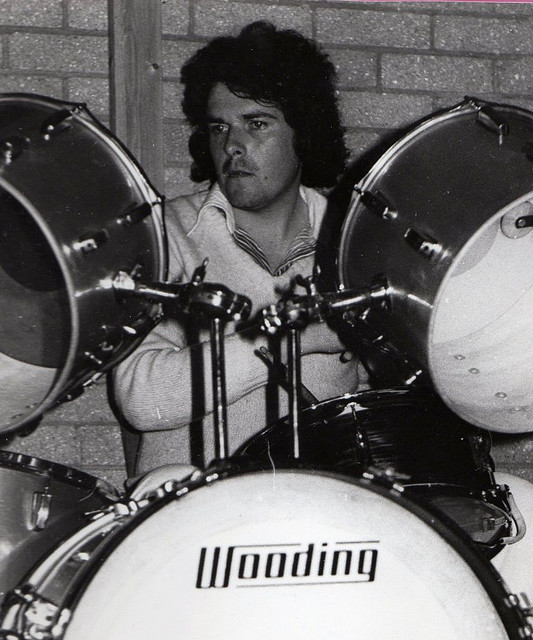 Christianity and rock music: a match made… at all?

“Is the devil to have all the passions as well as all the good tunes?” – George Bernard Shaw

If you’re a fan of either extreme metal or extreme, low-budget videos of goth-dressed weirdoes jumping around in a snowy forest, I recommend YouTubing The Satan of Hell by the band The Black Satans. It sounds like someone being sick into a jet engine – this coming from a metal fan – a niche taste it’s true, but it can’t be denied that they have both a consistent theme (Satan), and a coherent musical vision. By pushing metal to its (supposed) limit, The Black Satans epitomize how eeeeevilllll heavy metal music can be. Considering such a band, it seems blindingly obvious that Christian rock should be as derided as it is.

Christianity’s success in rock music is inversely proportional to how explicitly (evangelically) “Christian” its lyrics are – the implicit irony being that Christian imagery, particularly that concerning the objectification of Evil, has dominated rock and metal from the days of Black Sabbath. It is not simply that messages of Jesus’ love for us jar oddly with diminished fifths (absent from religious music for centuries as “the Devil’s interval”); it is that metal is now so bound up with the flipside of Christianity – with Satan, apocalyptic battles, and being eeeeevilllll, that when you’re presented with the happy-clappy evangelical stuff on top of a blistering riff, there seems to be just no way it can fit; there are few sights quite as terrifying as a Christian with a guitar. The implication would seem to be that Christian rock is inherently doomed to fail, an oxymoron of the most oxy-moronic kind. But this is not necessarily the case. I saw one of them, a band called Flyleaf, a few years ago as a supporting act for a band I actually wanted to see, and it should be borne in mind that a lot of Christian rock bands are crap not because they’re Christian, but because they’re just crap. A recognition of this simple truth opens up the dialogue between Christianity and rock music once again.

Granted, most of the really powerful Christian themes are too abstract to render into rock music. Pauline soteriology and Kierkegaardian leaps of faith are difficult to work into a pop-punk song; this isn’t a particular Christian thing so much as a philosophy thing: it’s true of also of Jungian analysis, Kantian meta-ethics and Aristotle’s Metaphysics. Good pop music should deal with the everyday, with the passions. One fairly major “everyday” Christian theme – Love, or the sort of love that Christians mean – clearly isn’t the answer, since rock music has gone to great lengths to blur the lines between love, sex, desire, semi-psychotic lust and addiction, illustrating the dark and repressed with amateur self-psychiatry, hard drugs, and skull-faced bats. But if all this is the flipside of a Christian influence, it would be interesting to see if Jesus can, as it were, “reach out to the sinner” of rock music, and meet it on its own terms. If Christianity is to work in rock music, it has to be sneaked in via the back door.

Themes of mystical devotion and needing salvation can work as theology even better when not presented as theology. Blues themes, for example, may not seem explicitly Christian in outlook, but in their capacity to evoke themes of rejection or suffering, gut feelings and human emotions, they may provide some route for Christianity into rock music. The music of Robert Johnson – that wolfish cry through the crackling, ancient records bespeaks a soul in torment (which gave rise to its own mythology) and its themes of betrayal, messing around with women and hard drink, represents the struggle of humanity at its purest. Where is Christianity’s message needed, if not here?

More explicitly, consider the legendary concert given by Johnny Cash to the inmates of Folsom Prison. In the film Walk the Line, when told that some “Christians” are objecting to him playing to bunch of dangerous assaulters and rapists, Cash’s reply is “Then they ain’t Christian.” Whether or not he actually said this, the sentiment is a sound one. The electric atmosphere that can be felt even through the recording is a tangible reminder of our need to be reached out to, no matter how deep we may go. This is not the sole reserve of Christians of course, but it does mean that a conversation between rock music and Christianity may mean more than standing awkwardly avoiding each other in different corners of the room. And, in the case of Johnny Cash, it’s pretty badass.