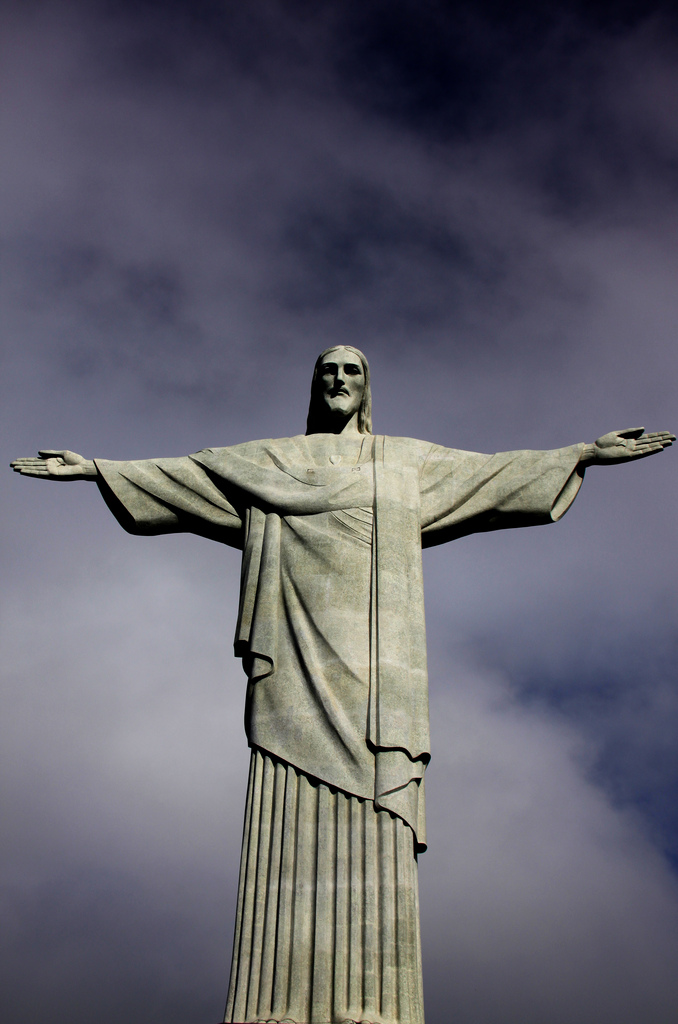 The figure of Christ looms over Western history, but did the man really exist?

Appealing to authority through academic consensus is popular in contemporary debates, but it is exactly the irrationality that academia should try to dispel. Yet, at the recent Durham University Intercollegiate Christian Union carol service Mr. Michael Ots was invited to give the sermon. Michael Ots is an evangelist who makes a living giving lectures at evangelical events, mostly to students. It started with the popular refrain that “all historians agree that a historical figure called Jesus existed”. He then attempted to argue that this verified, a priori, the Gospels. However, aside from the spurious logic of his argument, the premise that there is agreement on the existence of a historical Jesus figure is itself weak. The unanimous agreement of historians on the existence of Jesus is often repeated without scepticism but how far does the evidence from the non-Christian “contemporary” sources support the Gospels, or even a historical Jesus?

The main sources usually cited are Tacitus, Josephus, and Sarapion. These all refer to Christus, a generic, messianic figure who appears in numerous religious traditions both Nordic and Mediterranean. With such radical claims resting on this evidence, it is important to approach it critically, and doing so presents a very different picture than that presented by Ots.

Joesphus lived approximately between 37 and 100 CE. He was a Roman prisoner of war who was freed under Vespasian and spent the remainder of his life writing apologia for the Romans. Josephus does not mention Jesus in his contemporaneous text Jewish Wars, which is widely considered the authority on this period. Allusions to a figure called Jesus do not occur until Jewish Antiquities, written nearly fifty years later, and these are suspected of being interpolated by Christians. This text is only used to mention a James, who was a brother of a Jesus who was called Christ, and there is little biography recorded with this identification.

In general Tacitus is considered an unreliable historian. His writings resemble more a collection of rumours circulating in the Roman Empire at the time than a trustworthy historical source.The first mention of Christ in his works occurs in the Annals in 117 CE, but the passage is controversial. Only the word ‘Christus’ is ever mentioned as the supposed leader of a group of Christians – however, the word Christians has been found to originally read Chresians, which would more likely refer to the word χρηστός (chrestos), meaning “good, useful’, the ‘e’ having been later doctored to an ‘i’. Tacitus also cites such events as Nero’s infamous burning of Rome, now largely consigned to myth by historians, as the reason leading to the oppression of the Jews and consequent crucifixion of Christ.

Mara bar Sarapion is also often mentioned as a source, referring to a ‘wise king of the Jews’, though the names Jesus or Christ do not appear in the text. The reference seems just as likely to be talking about one of the many revolutionary, secular Jewish figures involved in the Jewish wars of the time.

There are also some other discrepancies in the story. Evidence for a historical Jesus of Nazareth seems all the more tenuous considering there isn’t a single mention of the town of Nazareth prior to the gospels, compiled between 50–100 CE. The only archaeological evidence which may be attributed to Jesus’ life is restricted to the acknowledgement of Pontius Pilate as a real person with the discovery of the Pilate stone in 1961. The discovery of an ossuary in Jerusalem in 1990 with the inscription ‘James, son of Joseph, brother of Jesus’, which was dated to 20 BCE- 70 CE, may fit both the time period and the familial links of figures mentioned in the gospels, but all three names were highly common and popular in Judea at this time and there is nothing else in the context to suggest that these were the historical figures mentioned in the bible. There is also a lack of funerary material within the ossuary. Other than this there is no archaeological evidence to suggest Jesus was a historical figure.

If we now analyse the gospels according to Michael Ots’ logic, the ambiguity surrounding the evidence for the existence of Jesus throws very real doubt on the veracity of the gospels. Given the incredible claims made in the Gospels, if we are only considering the historical evidence presented here in support, there is good reason to remain extremely sceptical of their accounts, which appear much more plausibly as parables constructed for the exercise of political influence.

Under critical analysis there is certainly no consensus over the historical existence of Jesus. Ots’ vague appeal to a general academic consensus is typical of current rhetorical appeal to authority. It is a technique which is used to obfuscate academic debate in favour of fundamentalist and doctrinal persuasion and is contrary to rational foundation of the university.

Given how misleading Michael Ots’ sermon was, it raises the question of why we give such people a sermonic platform at our university, which ostensibly upholds the standards of good academic practice and rational debate. There is legitimate religious debate which can maintain academic robustness, but DICCU should consider carefully inviting speakers who so flagrantly disregard proper, respected, historical research to perpetrate their own beliefs. Such action is not that of a people who are concerned with the truth and ethics of living but with their authority, power and position over others.