The technical revolution is coming, hold on to your minds…

Sure, the internet is a marve 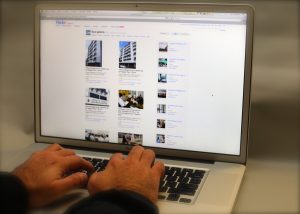 llous thing. We can find answers more quickly, we can access swathes of material with the click of a button, and people are reading more. But are we reading in the same way? An interesting article published by Nicholas Carr entitled, “Is Google making us stupid?” would say no, we are absolutely not reading in the same way. Whilst the internet allows us to skim the surface of many resources at once, an article here… a blog there, we are simply not engaging with this material and exercising our minds,  instead we are merely scratching the surface.

Not only does the internet cause us to be lazy as we are spoilt for choice and accessibility, but it also numbs our brain and as Carr dares to put it, makes us stupid. This stupidity is perhaps best proven by the recent result of the American presidential election. Facebook has been widely blamed for the shock result, seeing Trump take the presidency, prompting the Facebook team to install a ‘fake news story’ report button. To take such measures is surely a concerning sign: we are no longer critically assessing what we read. The vast influx of media surrounding the Trump vs. Clinton campaign was almost impossible to avoid, and it would seem that many people took these publications at face value. The truth is many pages on the internet will place news of a Kardashian’s latest boyfriend next to tragedy in Aleppo; everything is given equal weight. Thus it is hardly surprising that the cognitivism humans ought to pride themselves on is becoming rusty, as the human brain seems to become more and more irrelevant in the modern day.

You may be wondering: so what if we are needing to use our brains less? Perhaps that is a prerequisite of adapting to the modern day. Or perhaps you feel that today is a MORE rational world in the sense that science and technology are providing answers we have sought for centuries and discarding a number of taboos. However what about rationality in the traditional sense, in the sense of the human ability to reason? Indeed the idea of kicking back whilst robots do all jobs previously designated to humans seems pretty cool, right? Wrong. Not only is this a hideously frightening prospect for employment, but it defeats the point of having a mind. Aristotle praised the human race for having a certain ‘arete’ or excellence of sorts that distinguished us from mere animals: our ability to reason. Monkeys can be trained to use the internet these days, so what exactly is left to distinguish us and them? We must step outside of the modern day obsession with the internet for a moment and be aware of changing times, without our minds being swept up in that change and their potential being dangerously diminished. We must face up to the reality that those in the poorest nations who are deprived of such technology will soon be observing a Western world anaesthetised by their reliance on the internet, with inactive and redundant minds.

From a religious perspective we are now left with serious questions regarding the ‘special place’ of humans in God’s creation, opening up the gates to further doubt in religious belief. Surely if robots can take over human jobs with greater efficiency and skill, we are inferior to them. I am all for doubting and questioning when it comes to the religious sphere, but not with the reasoning that we have no defining purpose in life or potential to fulfil- ‘telos’ as put by Aristotle. Aristotle’s theory of the human mind may seem a dated concept to apply to the modern world, but that’s just it – it has never been more relevant. In the midst of a world obsessed with material things, with what a screen can tell you or what a robot can perform, it is more important than ever that we look inwards as opposed to outwards. The revolution is here and it is claustrophobic- seemingly inescapable, so it is worth remembering that in the words of Kant, ‘“There is nothing higher than reason.”