Snoop Lion and the Concept of Conversion 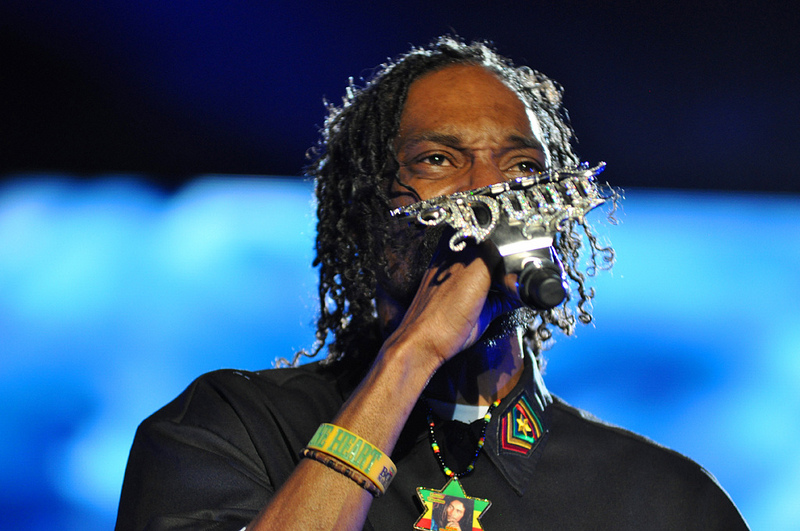 As someone who studies religion but is not personally religious, the concept of conversion has always intrigued me. I think this is due to the raw religiosity I believe has to exist in a person who chooses to adopt a new set of religious beliefs. What I mean by this is that conversion, by definition, necessarily has to be a product of a personal, deep and monumental decision-making process. Many people healthily reflect on certain spiritual principles and might even weld certain Christian/Buddhist/Islamic principles into proverbial tools to aid their construction of meaning in their day to day lives. However, to actually convert is to give oneself wholly and utterly, body and soul, to a new way of life in which one’s most fundamental principles, whether one converts from another religion or from no religion at all, become radically different.

In conversion, our sense of identity – that which collates our cultural and personal values, our hopes and aspirations, the way we understand ourselves in relation to every other sentient being on this planet- is shattered. And in exchange, what comes out of the debris of our previous self is a new, spiritually attuned and enlightened being whose thought process is lifted upwards towards the truth. This conceptualization of conversion is arguably paradigmatic. The journey of an individual who undergoes the rituals of conversion appears comparable to the journey or ascent of the philosopher in Plato’s Analogy of the Cave, to the journey Dante in the Divine Comedy and perhaps even to Christ in his resurrection. These parallels may seem hyperbolic to the outsider. But for an individual who chooses to sincerely and genuinely embrace a new way of life, the decision to undergo conversion represents the climax of his spiritual journey, the taking of what William James would call the leap of faith and embracing the most inalienable of all gifts: the will to believe.

One of the most highly publicized acts of conversion in recent history has been Snoop Dogg’s “reincarnation” into his new Rastafarian persona of Snoop Lion. Snoop claims that his history of gang violence, gangsta rap and his pimp persona is behind him. In a 2 hour long documentary filmed by Vice, Snoop’s conversion is documented as he travels to Jamaica to experience first hand the Rasta way of life as well as the birth of his new reggae album under the new symbolically-laden name of Snoop Lion, which is called “Reincarnated”. The result of this pilgrimage is Snoop’s revelation that his true calling is in the promotion of peace and love (and perhaps ganja smoking) following what he believes is at the heart of the Rastafarian philosophy.

Simultaneously, he casually sweeps under the rug the fundamental Rastafarian belief that Ethiopian monarch Haille Selaisse I was Christ incarnate and the second-coming of the Messiah. From this, you would perhaps get the idea that it is very easy to not take Snoop seriously. Whilst his heart is clearly in the right place, there are clearly a number of not-so-well-hidden agendas, relating to the re-branding of his public image, which makes use of the popularity of elements of Rastafari culture in our Western, commercialized societies, placing the Snoop Dogg brand on Rastafari “fashion”, music and herb use. He offers it up to our consumer nation whilst carefully tiptoeing around the not-so-easy to stomach Afro and Christocentric theology which is the foundation of true Rastafarianism. It is enough to make a genuine Rastafarian lament, as Bunny Wailer (of Bob Marley fame) has done publicly, despite featuring prominently in Snoop Lion’s documentary.

However is Snoop’s latest venture, with its questionable sincerity and dubious authenticity, an entirely bad thing? The promotion of peace and love can never be considered bad thing. But the meaning of the two concepts is of course relativized when they are used to promote an album. I would argue that the entire venture is exemplary of the modern western world’s insatiable desire to consume. It takes the world’s purest resources, from the physical to the artistic/religious and markets them as a product; taking something whose ideology is arguably transcendental in its potency, and reifying it, bringing that something into the world of personal possession and control.

The point of this article is not to criticize Snoop Dogg personally, but to illustrate, through a reflection of what the act of conversion truly means and ultimately, how ready and open the meanings of our most deep and profound cultural resources are to be diluted. The true spirit of a convert is someone who embodies the Jamesian ideal of the “will to believe”: an individual whose experience of life has forced him/her to make these monumental decisions and undertake a personal and unaided leap of faith. It requires a journey, conceptualized by John of the Cross as the “Dark Night of the Soul”, in which the onset of spiritual enlightenment can only come about after the self acknowledges the pain and affliction that arises from the self centered nature of the human condition and embraces the true selfless reality that is relational union with the Divine. These powerful illustrations can be juxtaposed against Snoop’s “reincarnation”. His “enlightenment” comes in the ambiguous knowledge of the importance of peace and love, without reflecting on why these concepts are so fundamental; an essential theologizing that is central to the true Rastafari way of life.

In our modern consumer orientated societies, in which the line that distinguishes the sacred from the secular is entirely blurred, everything becomes fair game to market and produce. What I hope becomes apparent from what I have said, is the importance of preserving our cultural resources. Just as abuse of our natural resources leads to global warming, I would argue that the misuse of that which is primordial to human society – i.e. that which is sacred, leads to a situation in which that which is fundamental to human meaning, true beauty and existential truth, is lost.