Re: China and the Christian Threat 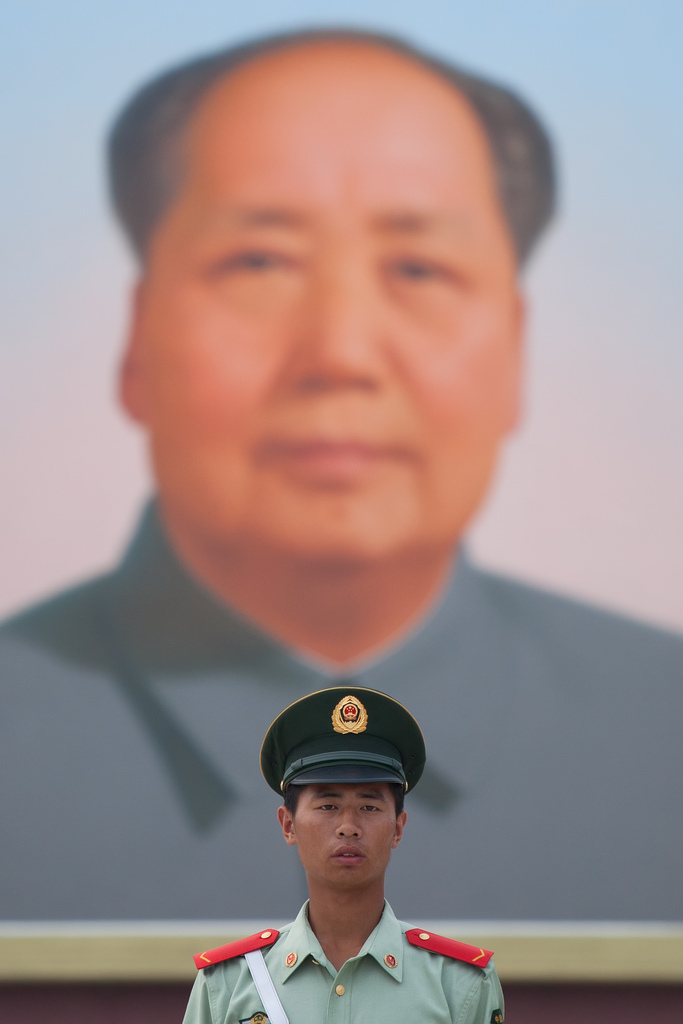 Out of sight; never out of mind.

To my Comrade Delegates in the Central People’s Government of China,

As a retired government official of the Communist Party, I write this letter with no intention of wasting your time, but instead to congratulate you all first and foremost on your increasing success in dealing with the Christian threat. As you are aware, recent years have seen the explosive growth of underground activity within this cultic movement. Although our official figures number around 30 million registered Christians, some estimated numbers now reach up to 100 million including the unregistered. Of course, Western dogs will always remain Western dogs, spreading their lies like mongrels urinating on lampposts or on a picture of George W. Bush. Safe to say, the people of our party number at a proud 1.3 billion according to the official statistics – not 78 million, as proposed by other, dishonest countries.

Indeed, I have several suggestions to make in the light of new policies approved by the Party Committee not but a few days ago. This bunch of ragtag capitalists; this brood of vipers must be dealt with accordingly and with the roughest care. Our current Paramount Leader, Hu Jintao, has said in public, “Religious belief must be protected”. The reality’s a little different, comrades; he is secretly supporting us as the Public Bureau and its officers have been left unchecked! Our leader has therefore allowed us a free reign to capture these Christians under the guise of well-meaning friendship and reconciliation! Yet at this stage, we operate in turbulent times and mainly tolerate the “majority”. This will have to change if we are to destroy them once and for all.

Firstly, I suggest that the government refer to historical strategies such as those used by the ancient Romans. While as a party member I would never think of anything else but the ideology of Chairman Mao, desperate times do indeed call for desperate measures. Several officials report that they are bored with simply locking up the Christians and beating them into submission. I therefore humbly implore that all remaining funds from the Olympic Games of 2008 be reallocated to building a Christian amusement park, where visiting party members can relive the excitement of the Coliseum. It is also to my understanding that Christians seemingly enjoy being persecuted, and that their beatings in prison only incite more singing and more praying to their God. Instead of singing and praying, I propose a livelier alternative by implementing a dancing regime to tunes such as “Mao! Mao! Mao!” and “The Red Army Blues”. In this way, they might be simultaneously rehabilitated to our ideology, as well as brightening the days of the prison guards.

Secondly, harsher punishments should be enforced by the government for the violation of the state’s glorious authority. It is with pride that we can look back on sending twenty-one pastors to a labour camp in 2008 before the Olympics. They were reformed to support the Olympic spirit; trained to cheerlead with rocks and pickaxes and the whip of the overseer. As we all agree that Christians are in essence dissidents just like the infamous Ai Weiwei, we were compelled to give that man special treatment. While his religious status was “unclear”, we have taken no chances, arresting him at the airport on April 3rd, 2011. In regards to his punishment for criticizing and looking into our perfectly respectable human rights records over some years, an associate had secretly transported the 10 million porcelain seeds from his Tate Modern art exhibition in the United Kingdom. He alone had been made to set them into the ground with a spoon in the middle of the Tibetan Plateau, all within the space of three days. His release from the undisclosed prison will commence once the plants have fully grown.

Thirdly, in regards to the glorious authority of the state, it is unacceptable for the Christians to use their Bibles for supreme moral guidance when we have televisions, loudspeakers, ceremonial posters, newspapers, the Governmental Creative Media Editing Department, Mao’s Little Red Book, Mao’s Secret Diaries, Mao’s Starvation Cooking Recipes and Mao’s Tips on Avoiding the Internet for Inspiration and Principles of Living. Ultimate allegiance must lie with the state! It is my fervent hope that this cultic movement fractures into different beliefs, as it seems to be doing now in certain areas. I hear that already one faction believes that their God had been reincarnated into the form of a young girl! Bearing in mind that the Party has most diplomatically supported our venerable ally, His Holiness Supreme, The Great Leader and God-man of the People’s Korea Republic – Kim Jong-il – in his campaign for the lead role in a foreign film called Rambo VI, preparations must be made for another god figure should this scenario prove to be true! In case it is not, infiltrate their religion anyway with speed and guile, and spread heretical doctrines to the point that Christianity will all but crumble.

Lastly, with the methodologies of punishment and dissemination as described above, I now finally propose a plan to curb the activities and influence of the Christians. Several illegal meetings in open places have already been dispersed, involving instances of violently kneeling in prayer, savagely standing around in a circle, and vehemently singing hymns. These dangerous activities have been taught even to an eighty year-old woman along with a two year-old child, both of whom we have detained for the reformation of their minds through constant repetition of Communist Party slogans such as “Love Mao, strip now!” and “Seek truth from facts, right from wrong, Mao from God, and ching from chong”. After a period of sixty-four days, both gave in to the relentlessly encouraging repetitions and have since been committed to the best hospital in the Gobi desert. A massive re-education movement must be formed, in which the Party must revert to certain empowering slogans and the voluntary reformation of millions of people eagerly waiting to be sent to a labour camp.

My comrades, I can only hope that my suggestions would stem the onslaught of foreign ideas. Let us revive the glory days of Mao, in which true knowledge was comprised of only three things: Mao, Mao, and Mao.

I salute to the everlasting power of the Communist Party.

P.S. It has come to my attention that certain European intellectuals who call themselves “militant atheists” are unhappy to be affiliated with our nonreligious ideology. I say that despite our differences, they are only superficial – in reality, these men are our allies in destroying Christianity! Both our parties agree that the removal of God is the path for humanity’s liberation and progress, save that our definitions of “liberation” are distinctive but similar at the same time – the glorification and worship of mankind’s achievements. Whilst the “intellectuals” are in a sense primitive for failing to fully acknowledge that there are many paths, ways of thinking and ideologies that can lead to atheism, they also frustratingly propound that their way to atheism is the truest and best compared to others.

Despite this, they are indeed correct when they lambast the people who fight for the non-existent divinity; for they are the most foolish. But we have something better: We fight for the ideology of Maoist Communism. Perhaps they can learn from us by studying China’s Cultural Revolution period of the 1960s to speed up the process of removing God, instead of just fighting for the ideologies of reductionist science and logic of the “militant atheists”. Any fool with a clear mind would know that science and logic unconstrained by atheistic ideals poses no threat to God! As an ultimate proof of our success, look at how matters improved drastically in a time without God and religion – those superstitious factors that inhibited the Chinese from forming a new and better morality of the people!

Ah, the Christians would never understand…