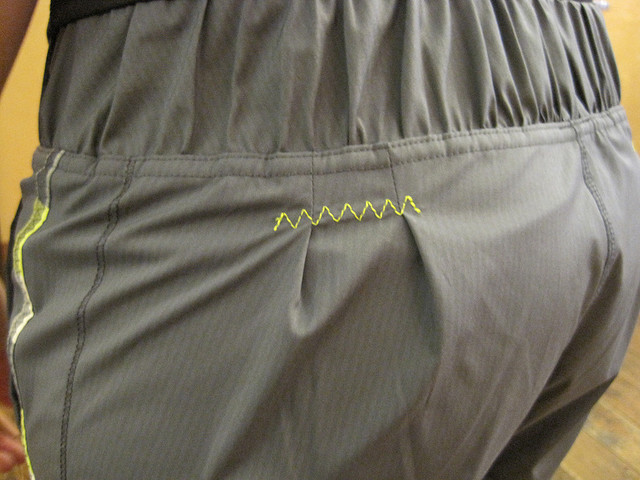 “God” is like a pair of elasticated trousers: stretches to fit all waists.

A couple of years back I wrote a piece called , which quite rightly garnered some criticism in the comments section, mainly because it was an ill-researched, ill-considered load of rubbish. This was almost certainly due to an ill-advised attempt to eat of the forbidden fruits, more to try the taste than out of a genuine hunger. After all, you can’t sabotage the enemy camp until you’re actually inside it. It was also weighed down by a milk-curdling false humility, which never really works for someone who has obviously taken the time and effort to share their so-called “unimportant” opinion. So, straight off the bat I’d like to circumnavigate such traps, and assert in full-blooded sincerity: I am amazing, and that what you’re now about to read is the best thing you will read all day.

That said, I’m no closer to being a real atheist now, not until I’ve figured out what that means. That’s either a coy shy-ing of the question, or fundamental to existence. I simply don’t know whether the things I have experienced that are unique to me, ought to be construed as religious or mundane, whether the “good feeling” I have (if I have it: it is always welcome) can be attributed to “God”. Fundamentally, saying outright “I am an atheist” for me would mean planting the flag firmly in reality, saying I commit to this world, this life – and in my experience the world is nothing like secure enough for me to make that leap of existential commitment. Atheists are probably right to whinge and moan – which they do an awful lot – about atheism being lumped in as a “belief system”. It’s not, at least not in all its forms, but it is some sort of commitment even if by default. My commitments, I hope, are to people, and whether you call this “religious” or not, is largely down to your own interpretation. A spade can be called a spade, but it can also be called a flat-headed soil-shifter, or a weapon for bashing in the heads of garden monsters, depending on the imagination and idiosyncrasies of the person wielding it at any given time.

And that’s part of the problem. If you ever get around to doing a theology degree, you will find that the concept of “God” is like a pair of elasticated trousers, stretched to fit all waists for a whole spectrum of activities, but stretched too far and pulled to pieces. “God” as a mean man in the sky, making laws to surrender to or die, is easy enough to argue against, and I would encourage doing so. I’ve read far too many internet chat-spheres arguing that Hindus and Lutherans will go to Hell, or that gay marriage is fundamentally against nature (again, whatever that means), to have any truck with the top-up-your-merit system of religion we too often find professed. God as a big-bearded magic man is a myth, a fable – but what if myths and fables have access to the real? A man walking on water may be “unscientific”, even when posited as a necessarily one-off historical event (the blade of falsifiability is sharp at both edges), but what about a statement like “God is the silence of eternity interpreted by Love?” Forget bearded sky-men for a minute and posit that as a definition. How exactly can such a statement be empirically investigated? Is it therefore to be ignored? To do so is surely to preclude any notion of “God”, which hardly seems fair. And if the dice are weighted on the side of the unbelievers, it’s perfectly reasonable, even if ultimately misguided, to ask who is doing the weighting.

A “mystery” is not supposed to be something we invoke to offload a difficult question onto someone who will be more ready to come along and solve it. It’s an assertion that asks more than it answers, on and on into infinity, an attempt to cut the Gordian Knot and get to the core of the sense of puzzlement we experience simply from being. If such a thing is to be rejected, this rejection, this “lack” of meaning, would itself be a kind of mystery – which is why classical questions of God’s existence are slightly misleading, and why I was bored of discussing them back then, and am still bored of them now. There will always be a discrepancy between language and thought, thought and reality. Allowing God into our vocabulary might not solve these issues, and will probably make them worse, but it at least opens up for discussion a necessary step towards any “free thinking”. This latter concept is itself something of a Golden Calf, or perhaps even a wild goose, a rock of Sisyphus that we push to the top of the hill, only to have it pushed back down again by external influences, things we’ve read and people we want to impress. There’s nothing “free” about believing the only obvious or rational thing to believe: or, to put it another way, to see that something is grey and consequently to say that it is grey is rational, sensible, and probably accurate, but how can we say it is “free”, or at least, more free to say it is grey than that it is orange? Freedom, it can be argued in this case, comes with the initial choice to believe that the senses correspond to some way to the idea of reality on which we base our decisions, but if this is to be free then it cannot be imposed. In other words, I wear pantaloons – who’s with me?

Not “God of the Gaps”, then, but God is a gap, or a language for that gap, and a misleading one with a Judeo-Christian bias to boot. “God” may be just the term Western society inherited for talking about the fundamental mysteries of existence. There’s no reason why we shouldn’t chuck in Hinduism or Buddhism or Jedis or whatever people do in the real world of ritual and strange behaviours and try and cope with the fact that, like it or not, they are in the world. This central mystery does not go away, whether we profess atheism, secularism, or an alternative.

How did I do? Was this the most gosh-darned boring article you’ve ever read? That’s probably just as well.