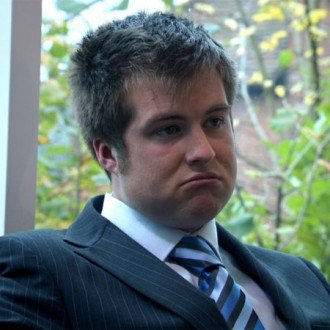 “Everything I touch turns to sold”

In the most recent series of the hit TV show The Apprentice, a young entrepreneur, Stuart Baggs, quickly emerged as the contest’s most enthralling character. Baggs’ distinctive blend of brash business techniques and self-proclaimed “excessive masculinity” enshrined him as another delusional person achieving their fifteen minutes of fame.

Yet what was notable about the otherwise forgettable Baggs was his assertion that he was not a mere mortal but rather “Stuart Baggs – The Brand”. The notion of “Brand” Baggs was regularly met with derision both by the viewing public and by Sugar and his entourage, who perceived it as the pinnacle of Baggs’ superhuman levels of hubris. Yet “Stuart Baggs – The Brand” was ridiculous purely because Baggs was anonymous to the viewing public, as opposed to incompetent, egotistical and vain (although he was admirably competent in all of these categories too). As an interviewer put it, Baggs was not a “big fish in a small pond”; he was “not even a fish”.

Indeed, what was most notable about this particular episode was that it served to underline the credibility of “Alan Sugar – The Brand”. Lest we forget, Alan Sugar was, prior to The Apprentice, merely a fairly successful (if obscure) technology entrepreneur, whose most notable public accomplishment was to alienate practically everyone associated with Tottenham Hotspurs. Sugar is now one of Britain’s pre-eminent media celebrities with an instantly recognisable catchphrase. Within the last five years alone, he has received a lordship, been appointed the government’s “Business Czar” and become seemingly omniscient on any aspect of entrepreneurship. Regardless of his previous achievements in business Lord Sugar has, by some perverse miracle, become a celebrity for much the same reason that Davina McCall or Dermot O’Leary is. He is now foremost a media personality; only secondarily a businessman.

Although talent competitions are certainly not a recent invention, what is significant about the development of reality programmes such as The Apprentice, Dragon’s Den and The X-Factor is the manner in which capitalist ventures have been swiftly adapted into forms of popular entertainment. Until recently, the workplace and entertainment were wholly separate spheres where only the finished product – the invention, the song, the performer – were revealed to the public, while the Cowells and Sugars of this world stayed hidden in the shadows. No longer content with the product, we require access to the preliminary stages of development which, through traditional TV tactics of backstory and suspense, create celebrities out of the management. Nowadays, Britain’s most popular programmes allow us to observe the full (if sanitized) processes of contractual negotiation and sales pitching. For contrast, compare The X Factor to The Monkees; whereas the latter lost a great deal of credibility when exposed as a manufactured band who didn’t play their instruments, millions are now generated every week by the public voting for their contestant to be manufactured, in the hope of eventually establishing them as a legitimate “brand”.

There is nothing novel about the cult of celebrity or the power of comforting banality in selling a product; nor is the allure of large wealth or prizes in attracting an audience a recent development. Indeed, a diverse range of modern media outlets use the same techniques of personal development, struggle and scandal to generate identification with individuals; the sheer volume of print generated regarding Kerry Katona is testament to this. Yet it is only fairly recently that the capitalist system has managed to morph from being merely an invisible provider of entertainment into a source of escapism itself. This has been achieved by deliberately blurring the divide between entertainment and industry until figures such as Sugar transform from employers to grouchy quizmasters.

To argue that this overplays what is essentially light-hearted entertainment entirely misses how central the CEO has become to many companies. When we travel by Virgin Trains and drink Virgin Cola we are meant to think of mischievous Richard Branson grinning from his hot air balloon, not the poor reception and the bitter taste we experience. “Donald Trump” is intended to evoke Manhattan skyscrapers and model wives, rather than a toupee and a questionable grasp of ethics. “James Caan” emerges as a philanthropic entrepreneur who only occasionally offers to buy babies from families devastated by floods. The real economic consequences of this should not be doubted: Trump was saved from bankruptcy by his creditors in the early 1990s due to the value of his name; and shares in Apple plummeted by 6% when Steve Jobs announced his indefinite leave.

So what to make of the popularization of capitalism as entertainment? Firstly, the very popularity of shows such as The Apprentice and X-Factor, as well as the dominant personalities associated with them, show how widely accepted the concepts of inequality and ruthless competition ultimately are in today’s society. Incredible as it may be, many of us derive great pleasure from spending our leisure time observing others undertake sensationalized forms of work and judging their respective merits and flaws.

Secondly, competitions such as these are encouraged in terms of individualistic wish-fulfilment. Although it could be because collaboration is simply duller to watch than warfare, it is worth considering that the only popular reality programme which portrayed some form of communal co-operation was the atrocious Celebrity Love Island. With some exceptions for traditional groupings to co-operate, as in Family Fortunes, collaboration is portrayed as either a temporary inconvenience (as in The Apprentice), established for the employer’s convenience (“One Direction”, for example, in X-Factor) or foolish (“Share or Steal” in Golden Balls). By contrast, no popular reality programme attempts to portray collaboration as a legitimate method of self-advancement.

The example of “Share or Steal” is especially important. By popularizing the “Prisoner’s Dilemma” of Game Theory, it actively portrays the moral option of equality with a stranger as undependable and illogical. It seems little coincidence that these aforementioned groupings permitted in reality television reflect the views of Thatcher, that “there is no such thing as society…. [t]here are individual men and women, and families”. Aspiring students are now encouraged by government to think of themselves as “consumers” of higher education; NHS patients, “consumers” of healthcare. In terms of politics, the difference between ideology and branding is especially blurred; do “New” Labour or Cameron’s “new politics” signify genuine change, or merely a brand shift to provide an ostensibly tangible distance from the past. Even social discontent can now be registered in a branded manner, from wearing Che Guevara’s face on a t-shirt, to “liking” Das Kapital on Facebook.

So is it justifiable to mock poor Stuart Baggs? Although the individual became a subject of ridicule due to the obvious fallacy of “Stuart Baggs – The Brand”, his greatest crime was to describe himself as the finished product when his audience was captivated by the manufacturing process. The widespread acceptance of the capitalist process as a form of leisure viewing and its associated personalities as celebrities underlines our society’s aspirations to fame and wealth, through any avenue, on predominantly individualistic terms. Those who succeed in programmes like The Apprentice have been legitimized by popular democracy; we justify our inequality by producing “Brands” we are told to emulate. In doing so, we are encouraged by popular culture to view ourselves as isolated competitors who all seek a few lucrative prizes. No longer preoccupied with glamour or creative artistry, it appears that ostentatious wealth and power are enough alone to revolutionize the individual into the “Brand” and this, not collective transformation, is what modern society ultimately desires.