Why it has been so long since the last Scientific Revolution

Last week the Nobel prize in Physics was awarded to Rainer Weiss, Barry C. Barish and Kip S. Thorne for their contributions in detecting gravitational waves. This is one of the most important discoveries of the last decades, which is evident from the fact that they received the prize just two years after their breakthrough. However, what is most interesting is that gravitational waves were originally predicted by Einstein’s theory of general relativity, a prediction which until then had yet to be confirmed.

So how was Einstein able to formulate such a bold theory of space-time, so ahead of its time that it took decades upon decades of advances in technology to confirm it? A possible answer would be that he was a unique genius and thus he was able to have almost superhuman intuitions on the nature of reality. However, if we closely inspect the period in which he formulated his theories we find that it was a time full of revolutionary scientific breakthroughs in physics. Major shifts in our understanding of the world that have not been repeated since. The question for philosophers of science is why that is the case.

More broadly it is a question of how science is conducted. In his infamous 1962 book “The structure of scientific revolutions”, philosopher Thomas Kuhn argued that for the most part science is merely the art of elaborate puzzle solving. Scientists routinely take their theoretical assumptions for granted and focus on solving ever narrower problems in their ever-narrower field of expertise. Kuhn called the collection of all accepted theories on a specific topic a ‘paradigm’. When the paradigm faces a critical amount of contradictions, a scientific revolution takes place which eventually ends with the establishment of a new dominant paradigm. Taking this view on scientific methodology, there is nothing strange with the apparent lack of truly novel ideas in physics. A Kuhnian would say that the early 20th century was an exceptional period of paradigm shifts but now science has returned to its normal state.

However, this view runs into problems with a closer inspection of the history of relativity theory. Newtonian mechanics were not in a state of crisis when Einstein formulated special relativity, he acted outside the paradigm and caused the most major change in our view of the world since the shift away from an earth-centric view of the universe.

So, let us consider that case. When Copernicus first proposed that the earth orbited the Sun and not the other way around, the calculations at the time did not support him. Despite the lack of sufficient evidence, Copernicus’s viewpoint eventually became accepted due to the rhetoric of Galileo and the improvements of Kepler. In fact, Galileo was so convinced of the truth of heliocentrism that he manipulated seemingly contradictory evidence to suit the theory. Yet it is very hard to see how a controversial opinion with little empirical support would gain any respect in today’s academia. Today various movements around the world which have tried to incorporate local traditions and beliefs to the scientific discussion have faced insurmountable opposition, even mockery from the academic establishment. 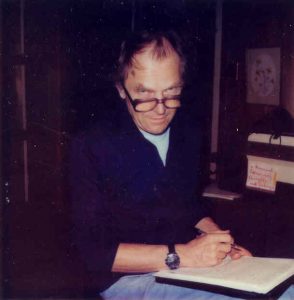 Although Kuhn was comfortable with the modern state of science, he was about to face a major rebuttal. In 1975, philosopher of science Paul Feyerabend published his major book ‘Against Method’. There he proposed the complete abandonment of any formal idea of what scientific method and scientific theories are supposed to be. Inspired by cases such as Galileo’s and in firm opposition to Kuhn’s rigid view on the scope of scientific inquiry, he argued for unleashing the powers of creativity and imagination. According to him, the academic establishment had become too rigid and narrow in its debates, ignoring different points of view and stifling bold ideas. Thus, an environment is created which is opposed to the emergence of conceptual revolutions such as Einstein’s. We might have detected the gravitational waves but we have not moved past the theories which underpin it.

Although Feyerabend’s arguments are powerful, one might think that the explanation is much simpler and less problematic he presumed. It is possible that the reason we have not had a major theoretical shift in physics for almost a hundred years is simply because we have discovered the truth. Over 80% of all scientific content has been published in the last fifty years alone, thus a strong case can be made that the period before that was a long struggle to understand the fundamentals of the world and now we should focus on perfecting and applying this knowledge. After all, considering the great technological advances within the last few generations, it is almost impossible to see how they could be based on false assumptions.

Whether you believe that our scientific theories correspond to the true nature of the world or not, it is hard to argue there is much space for creativity and imagination in the modern era of industrial R&D and academic journals acting as the gate-keepers of legitimacy. If that will prove a historical mistake or the natural consequence of centuries of inquiry remains to be seen.