Is celebrity culture the religion of the 21st century? 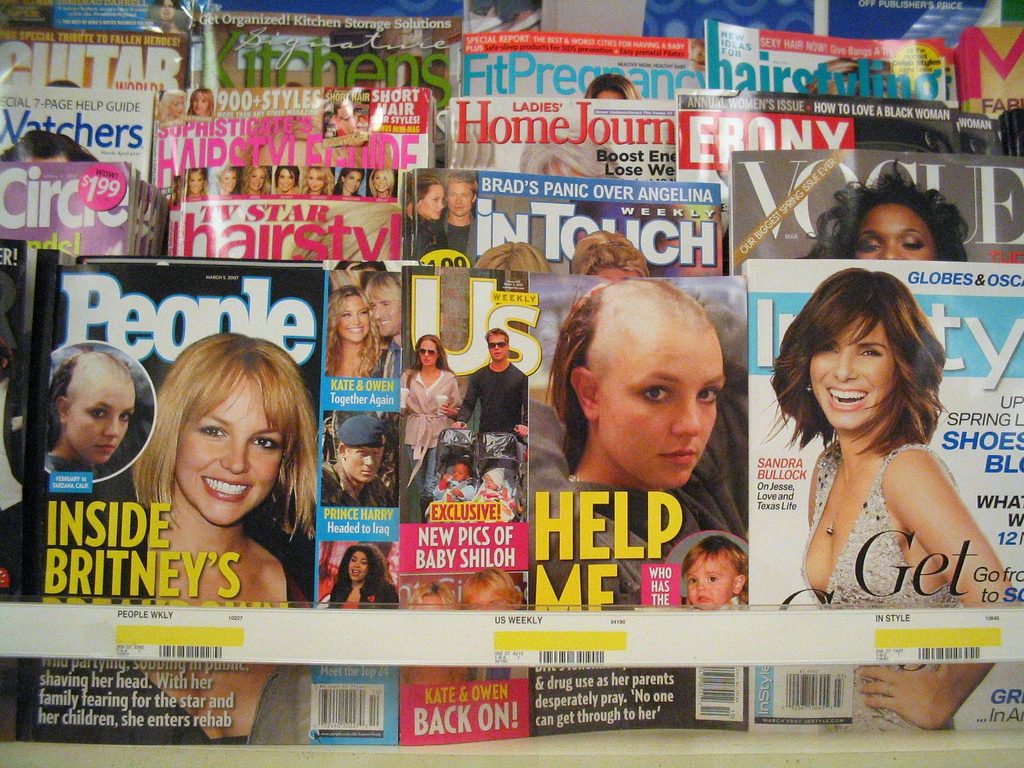 It has been just over fifty years since John Lennon stated, “Christianity will go. It will vanish and shrink. I needn’t argue about that; I’m right and I’ll be proved right. We’re more popular than Jesus now; I don’t know which will go first- rock ‘n’ roll or Christianity”. Lennon was utterly lambasted for his comments, especially in the Bible Belt of America where The Beatles’ records were burned and the radio stations stopped playing their songs. Lennon later apologised for his remarks and clarified what he meant. He later said that The Beatles as an entity were having “more influence on kids and things than anything else, including Jesus.” Beatlemania swept across England, America and Australia and Japan and soon enough the whole world was under the influence of the revolutionary pop group. There was nothing like it before and arguably nothing since. Lennon made controversial statement in 1966; a period which saw huge changes such as the sexual revolution; the rise of drug taking; the loss of respect for civic institutions and the resulting challenge to authority. It is clear that the 1960s and 1970s were pivotal decades and the cultural shifts that took place had a profound impact upon Christianity. Lennon’s comment certainly stirred controversy at the time, but does what he said have any relevance today?

The rise of ‘Beliebers’ and ‘Directioners’ has perhaps been the closest phenomena to Beatlemania in recent years, with ‘celebrity’ being a much broader term in today’s society. Celebrity culture has certainly evolved from a mere appreciation of talent, and it now seems to have woven itself in to the very fabric of society. Recentl
y a Durham graduate wrote her undergraduate dissertation on the Kardashians. Eliza Cummings-Cove wrote a piece titled: Keeping Up with the Kardashians, a Postfeminist Fairy Tale? Eliza was quoted by the Daily Mail, saying, “when people heard what my dissertation was about they said it was ridiculous. I think there is a lot of cultural snobbery about it. The Kardashians are everywhere in the media”. Admittedly my initial reaction to this was  disbelief, but this makes a huge point about the scale of celebrity culture.

One way way to look at Celebrity culture is through the lens of the social psychology theory, Terror Management Theory (TMT), which proposes a basic psychological conflict resulting from having a desire to live alongside the realisation that death is inevitable. This conflict produces a terror which is then managed by embracing cultural values and symbolic systems that provide life with meaning and value.  Could this idea be applied to our current discussion? Does the fact that we live our lives through celebrities gives us meaning? ‘Celebrity’  is an umbrella term, inclusive of musicians such as Taylor Swift as well as somebody like Joey Essex, who seems to be famous for his own stupidity. There is a hierarchy of celebrity culture and celebrity worship that serves different purposes within our meaning making. We appreciate talented musicians and actors for helping us to get in touch with our emotions. Music and acting can make us happy or sad, it can cause us to laugh, cry, hate and empathise. We appreciate these celebrities for what they do for us and we ‘follow’ them. Indeed, the celebrity hierarchy allows us to relate to them and identify or dis-identify with them as we please. Celebrity status gained through shows such as TOWIE, Celebrity Juice and (Celebrity) Big Brother allows to happily judge others, subsequently making us feel better.

As far back as 1958, Malcolm Boyd coined the idea of the cult of stars. He said,“in the process of achieving Pantheon status, we continually observe the mass media metamorphosis of the persons of these stars into legends”. These legends come to be symbolic of different motifs to us. Pete Ward of Durham University said that the “idea that celebrities are some kind of ‘nearly’ God or idol has become a common theme. The use of the term ‘idol’ in shows like ‘American Idol’ has become routine, giving celebrity status to more and more people.” Gary Laderman sees celebrities as semi-religious figures or false gods. ‘Celebrity icons’ he says ‘arouse the religious passions of followers in modern society who find spiritual meaning, personal fulfilment and awe-inspiring motivation in the presence of these idols’. Celebrities have ‘acquired a sacred standing in American religious life’ and this happened, due to the loosening of what he calls the ‘stranglehold’ that mainline Protestantism has on public life.

Pete Ward picks up this theme and runs with it, saying that the decline in religious institutions has left a vacuum that has been filled by contemporary media. Today’s society is yearning for fulfilment. Perhaps society has begun to replace the values and ideas that religion gives to people with validation. We create the celebrity so that we can worship or condemn them. It is society that gives Pantheon status to celebrities so that we can praise them, it is we who can learn from them and we who can judge them. We are free to judge because their life is on trial in the public eye, itself acting as a vehicle for a popular inquisition. Indeed Ward argues that “condemnation of celebrities that are tempted into ‘sin’ takes us into the heart of the theology of the sacred self. We are the ones who judge”.

Of course whether or not celebrity culture can actually be defined as a religion is still debatable, because the definition of religion itself is ambiguous. There is a range of criteria to be examined when defining religion and a prominent one is belief in a supernatural being, which celebrity culture lacks. There is also the lack of a sacred text, unless you count Hello! magazine, and an element of community. Celebrity culture is a societal phenomenon, but an individual activity. If one compares a religious community, united by a single belief, then celebrity culture does not have this as explicitly. It is accepted that we have a celebrity culture, but not a community. However, as Pete Ward stated above, the decline in religion has left a void in society that we have seemingly filled with celebrity culture. There has been a movement towards the worship of people and their lives in order to transfer meaning to our own lives. It would seem to me that John Lennon’s comment has stood the test of time. Christianity, on the face of it, is shrinking and celebrity worship in all forms is taking its place so that they are “more popular than Jesus now”.

A big thank you to Pete Ward of Durham University for his work which helped this article.