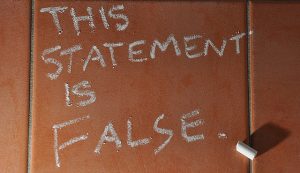 A paradox is a statement which, although it seems to employ valid arguments and sound reasoning, it leads to a contradicting conclusion, a conclusion that goes contrary common sense or is self-contradictory. They are valuable in spotting weaknesses or deficiencies in philosophy, mathematics, physics, or other disciplines which employ logic and critical thinking as one of their main tools.

In this article, I present five philosophical paradoxes and explain what challenges they pose as paradoxes.

1. The ship of Theseus Plutarch, the ancient Greek essayist and philosopher, devised this paradox by contemplating upon the question: “What makes a ship the ship that it is?”. Plutarch presented a case where one disassembles a ship into parts and take away all of its parts, replacing each and every part with a new part. Plutarch wondered whether the identity of the ship remained the same, despite having all of its part removed and replaced. If the answer is yes, then that would mean that what gives a thing its identity is not constituted upon its parts for Plutarch just revealed that an object can get all of its parts replaced and still hold the identity it already held.

The paradox was more recently discussed by Thomas Hobbes, the 17th century English philosopher, who set a new question asking: “If one takes all the disassembled parts and use them to build a new ship, would that ship be the ship of Theseus or an entirely different ship?

This paradox deals with the conception that the identity of an object rests on what it is composed of. This has led a number of philosophers to argue that an object’s identity goes beyond the matter which constitutes it.

2. This sentence is false 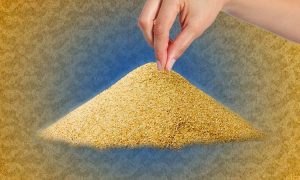 The problem appears as there is no clear limit at which the heap stops being a heap. Reapplying the rule, however, that “If we remove on grain of sand from the heap of sand, the heap of sand will still be a heap of sand.”

4. Zeno’s paradox of Achilles and the tortoise 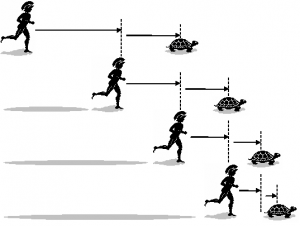 Zeno of Elea, the 5th century ancient Greek philosopher, devised various paradoxes to show that motion as we perceive it in the world is, in fact, an illusion as change is not possible.

In order to support this, Zeno asked us to imagine a footrace between Achilles and a tortoise, at which the tortoise begins at a head start of 10 metres, for example. What Zeno wants to show is that it is impossible that Achilles will pass the tortoise, which goes contrary to real-world experience and intuition.

In this paradox, a prisoner is told by a judge that they will be executed in the following week, in a weekday, but that the day of execution is a surprise. The prisoner reasons that his day of execution will never come.