If Good, then True: Thoughts on the DUS Religion Debate 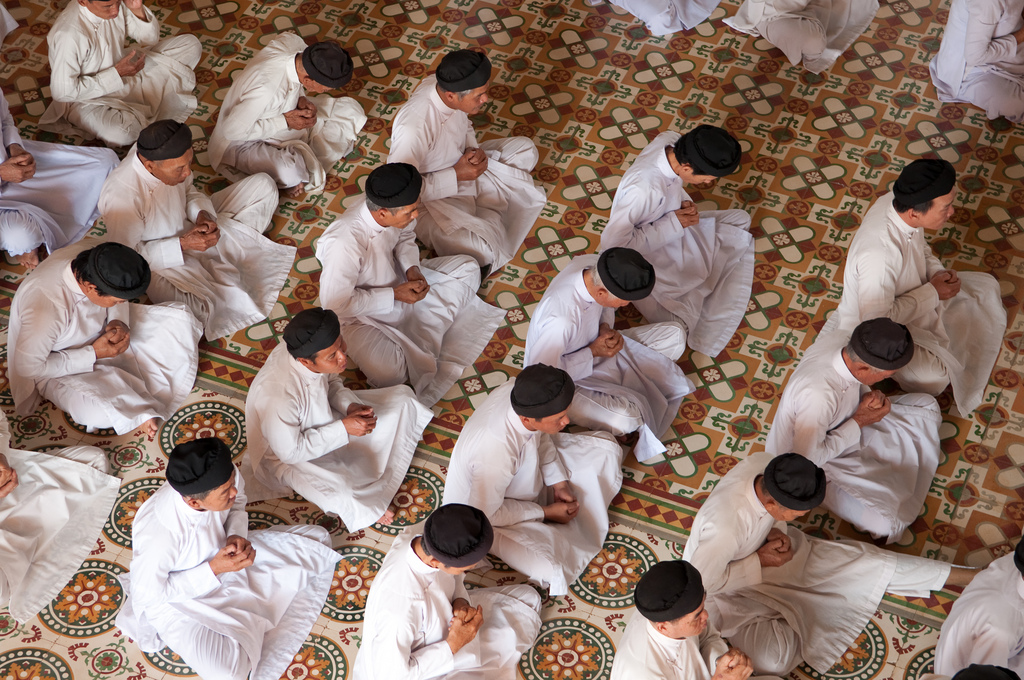 Can there be any merit in organised religion?

Friday evening saw this term’s final debate at the Durham Union, with the proposition maintaining that “the world would be better off without organised religion” (whatever that means). The speakers distinguished themselves throughout by being even-handed and clear on a topic so frequented by emotive rhetoricians and polemical hacks: a debate well conducted.

Pleasingly, the debate pursued a single, discernible thread, developed by points from both sides. Opening for the proposition, Baroness Flather claimed that the purpose of a religious institution is to teach people to live together, and “do things for people who need help”. Identifying organised religion with such institutions, she argued that religious institutions fail in this purpose because they cause harm and hinder progress – especially for women.

In response, Dom Henry Wansbrough suggested that religion may often serve as a mere cover for actions whose true motives lie elsewhere. Religious wars, for example, often have their origin in the pursuit of territorial and economic advantage – and this may be so even if the participants believe themselves to be acting for religious reasons. The Catholic/Protestant conflict in Ireland was cited as an example of this point, and the Crusades were conceded as an exception.

Dom Henry’s positive argument began with a broad definition of religion: religion is “the viewpoint from which I see the world”, and it is “important to my innermost being”. Hence, religion (so understood) is indispensable to us. Now, if one has such a viewpoint (and we all do), then one will naturally tend to express it. Moreover, such expression will not remain private: it will occur together with others, in particular those who share one’s point of view. Next: if having viewpoints is indispensable to us, then expressing them is equally so. It will not do to merely have viewpoints but never express them. Organised religion just is such collective expression of points of view. If something is indispensable to us, then we are better off if we have it than if we lack it. It follows that we would not be better off without organised religion.

Against this generic argument, Dr Usama Hasan pointed out that it is not the general role of religious groups, but rather the actual state of religious practice, in light of which the world should be better off without organised religion. The legitimate purpose of religion, he argued, is to bring people closer to God, or to “spirituality”. But religious traditions too often depart from this purpose, becoming too driven by political forces, and leading to harmful and judgmental divisions between people. Hence, while religion is a good thing, organised religion – that is, actual organised religion – is not.

In step with Dom Henry before him, Dave Webber replied by distinguishing religion, which we are inclined to blame, from what we actually ought to blame. In his view, we ought to blame human nature. Human nature is such that we pursue power and control whenever we arrange ourselves into groups. So, religion is neither to blame for its zealots and fundamentalists, nor particularly unique in having them. Specifically, ridding the world of organised religion would not rid the world of such people. There would still be politics: religion is not the problem.

Nevertheless, organised religion may be especially congenial to zealots and fundamentalists, who end up “running” religious groups – so rejoined Andrew Plygawko for the proposition. Such groups leave much zealotry unchecked. Hence, religious groups are entirely unlike others: they are manipulative and socially invasive. They foster extremism, political lobbying, and dogmatism, and are simply rather bad.

The debate closed with a familiar move, this time from Dr Taj Hargey: we must blame the followers of religious faiths, not those faiths themselves. The actual state of organised religious practice may be bad, but that is due partly to its hierarchical structure, and partly to its followers who abuse that structure. But religion – an “explanation of the world; a philosophy of life” – itself is the baby in this abominable bathwater: we must be careful with it.

Summarising their cases, the two sides seemed to agree: Baroness Flather granted that recent progress on women priests was “good”, adding that “maybe others will follow, but they haven’t followed yet”. Dom Henry concurred, concluding that “organised religion is okay, but we must be better at it”. We can agree, then, that there is room for improvement.

But the debate itself ended on an impasse. The opposition might forever go on distinguishing (innocent) religion from its (guilty) appendages; likewise the proposition would forever respond that the appendages are too serious and integral to religion for such distinctions to work. How might we progress from here?

One thought here is that such an indefinite repetition of moves might itself be decisive. For while the opposition’s move (distinguishing religion from its appendages) remains the same, the proposition’s response will change depending on what religion is purportedly distinguished from. Accordingly, there is room for a cumulative argument against religion: while it may be distinguished from each appendage separately, its appendages taken together are too problematic for such a defence to work.

It must be assessed whether religion is such a good thing that its value outweighs its cumulative harm. On this point Dom Henry’s argument is relevant: organised religion is indispensably valuable because it is the inevitable result of indispensably valuable religion. The problem with this is that religion becomes indispensable only when construed in the broadest terms, as any viewpoint on the world or philosophy of life. But that kind of universal tendency toward sense-making may be satisfied just as well by philosophy, music, or rock climbing, as by religion in the more familiar sense. Hence, organised religion (in any recognisable sense) remains dispensable.

Turning from these lines of thought, a more fruitful (and obvious) question to ask is whether any religious beliefs are actually true. If they are not, then we believers are in a kind of real-world version of Nozick’s experience machine (those who don’t know: ask a philosophy student – or alternatively, think about the Matrix). Moreover, the false beliefs in question are precisely those that (should) matter to us most, the very core of our view of the world – no small matter. So, if one recoils from the experience machine, then one should recoil equally from false religious beliefs: we would be better off without them.

On the other hand, if any religious beliefs are true, then we should want to ask which. For insofar as religious groups believe incompatible things, they cannot all believe the truth (this contra the proposition, who twice argued unsatisfyingly that there is either one God or none, and so all religions worship the same God on equal terms, if any God at all).

It would not follow automatically that organised religion is a good thing, even if some religious beliefs are true. For first, it could be that the religious truth is just not worth knowing in light of the harm that religion causes in general (perhaps the truth is that God does not care). And second, some religious belief would be true even if only one religious group believed the truth: it would not follow that organised religion in general is a good thing.