How magical was your Christmas? 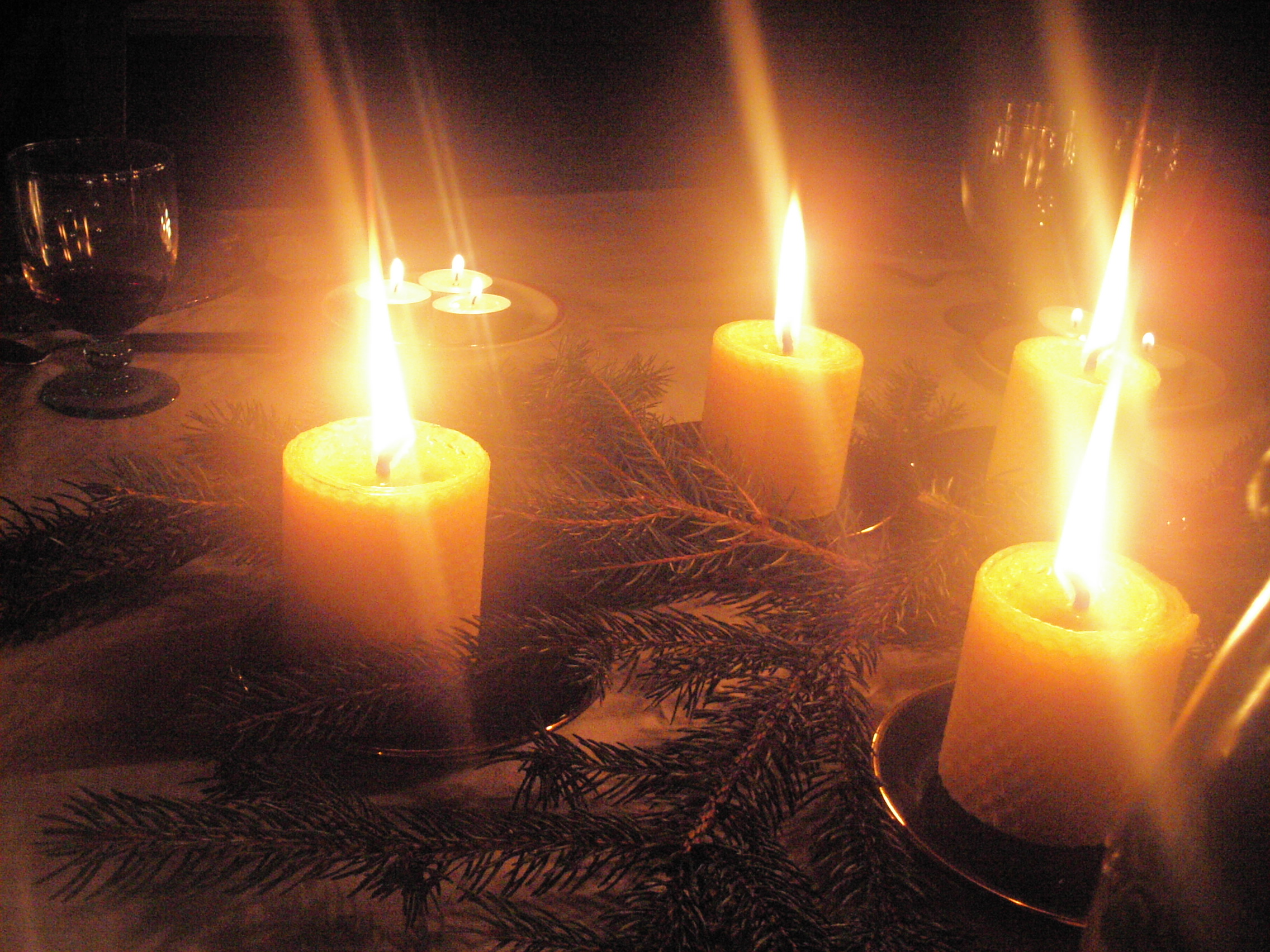 What is it about Christmas which makes us feel so warm and fuzzy?

New year. New term. Obvious question: ‘How was your Christmas?’ For this week of the year, this perennial question forms a statutory part of greetings and pleasantries. It can be heard bouncing over Highgate Bridge, sighed outside the Bill Bryson Library, shouted down the Bailey. It’s the question on everyone’s mulled wine stained lips. Ah Christmas. A nostalgic flash flickers across the eyes, as they respond with that knowing half smiled, ‘It was lovely.’ But what is it about Christmas which makes most of us feel so warm and fuzzy? What is it exactly that gives us the glow? Michael McIntyre in his ‘Very Christmassy Christmas Show’ this year summed this up extremely well in his hilarious analysis of the panic people feel come early December time when they just don’t feel ‘Christmassy.’ It seems Christmas time is so unique that it has its own mood, its own feel, and as Michael McIntyre points out, it even has its own emotion. It is a time set apart, a retreat into a wonderful Lapland of reindeer, copious mince pies, jingle bells, and childhood memories. It’s a time to share in this Lapland with family and friends, to just be together in the enjoyment of it all, and the abandonment of the ordinary world in which it would just not be acceptable to dress up in ridiculous woolly jumpers and install small decorated fir trees in our living rooms.

Christmas lives in what seems like its own magical world. Glitter seems to be increasingly finding its way into Christmas cards, which often read ‘Have A Sparkly Christmas’ or ‘Have A Magical Time’. But the ‘magical’ is also often depicted in the traditional Christmas card scenes of angelic choristers in deep red robes, vibrant against the snowy country village church backdrop. For many, Christmas is at its most magical in a packed candlelit church singing of the Baby Jesus asleep in the hay. Everyone loves a carol service. It’s a good singsong of well-known tunes. It’s atmospheric. It’s familiar. It feels momentous, significant somehow. And intriguingly, it seems to give a sense of some depth behind the magical Christmas world. It’s not so much that it makes serious all the frivolities and festivities of the season. But rather the converse, that it embraces these frivolities and festivities, blesses them somehow and allows them a sense of real purpose, gravitas and ‘official’ meaning.

But what do people understand this purpose, this meaning to be? The straight forward Christian message of course says this purpose is to celebrate the birth of Christ. The true magic of Christmas, chants the go-to Christmas sermon, is the miracle of the incarnation, of the Word becoming flesh, of God becoming human. But for many, the sense of meaning provided by a church carol service at Christmas time is much more nebulous than this. It may even be completely inexplicable. We might call this a magical mystery in itself.

Perhaps it is just merely a sense of gravitas, a sense of pride at the momentousness of participating in a nice societal tradition. Perhaps it is a time for reflection about what might be out there. Perhaps it is a time for reflection on what we need to improve in our lives, about what’s gone wrong since last Christmas. Perhaps, in this way, it’s just a gathering point. And there is of course, no reason why the meaning provided by a church at Christmas should not be a mixture of all of these things, even for fully signed up Christians. If I was writing one of my systematic theology essays right now, I would perhaps even argue that the point of the ‘magic’ of the incarnation is that it expresses all of these things, all of this humanity in a sense of something greater, something other, something beyond us. That something so transcendent can be expressed in a place so familiar and intimate is the incarnation. This is perhaps why Christmas liturgy expresses the incarnation so well.

The Bubble’s Philosophy and Religion section thought it might be interesting to find out where Durham students stand in this kind of a congregation. Judging by the staggering numbers of people crammed into Durham Cathedral for this year’s Christian Union Carol Service, most of us are there. But where do we fit into the Christmas carol service religiously? What is our status? To try to answer this, this week, we are launching a short three minute survey entitled ‘The Religious Durham Student’ which aims to investigate the religious attitudes of a sample of Durham students. We hope this will spark a conversation as to the kinds of belief sets which are in our midst. So get filling in that survey, share it with your friends and let’s see what happens!