Faith vs Secularism: War of the Worldviews 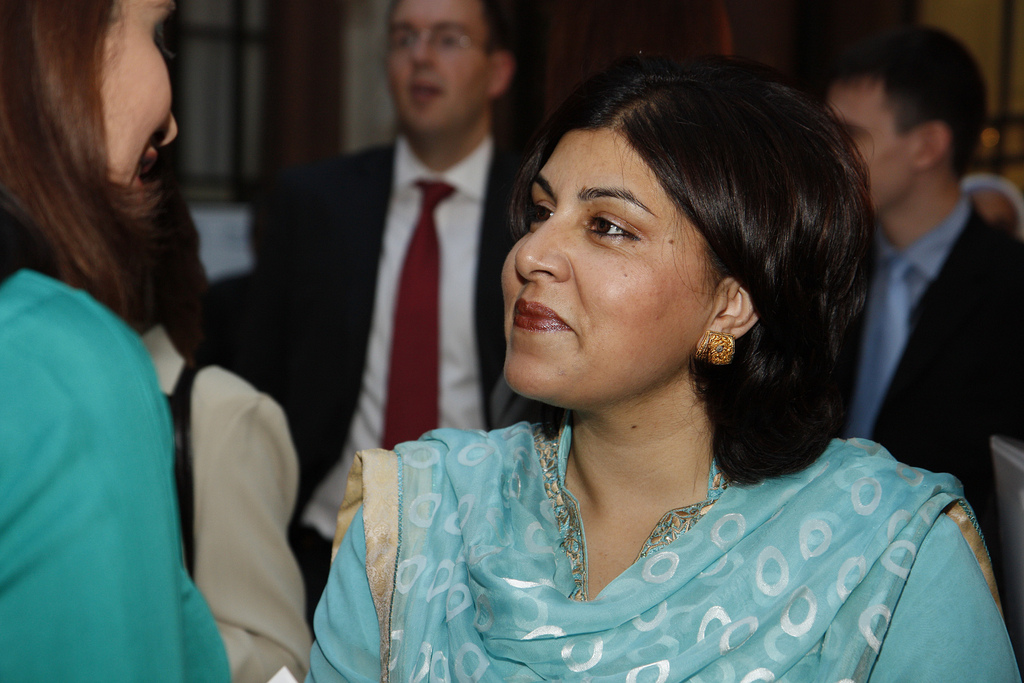 Baroness Warsi: stoking the flames in the war of worldviews…

Recently, in an article for the Telegraph, Baroness Warsi spoke out against the ‘Militant Secularism’ that she sees taking hold of Modern Western Society. We have asked an atheist (Jacob Williamson) and a practising Christian (Victoria Harris) to share their views on this apparent war of polarities wherein religious faith finds itself facing the threat of extinction under fire from the insidious forces of Secularism. Are the battle-lines as distinct as the lead-protagonists would have us believe, or is this a dramatised war of words that both ‘sides’ would rather do without?

It seems that, as far as we know, Baroness Warsi is not in fact blind. But reading her tirade in The Telegraph this week might have made one wonder. The chairwoman of the Conservative party apparently sees a picture of Britain in which ‘militant secularists’ are taking over, lobbying for wholly unreasonable reforms such as taking Christian prayers off the formal agenda of council meetings. And this, she warns us, is reminiscent of totalitarianism, and perhaps even a slippery slope towards it.

The irony of her outcry arriving in the week she leads a state visit to the Vatican is seemingly lost on her. What’s more, she seems to be oblivious to how awkwardly her article sits alongside the Queen breaking her norm of silence to insist that the role of Christianity in Britain is ‘under-appreciated’. Further, this comes as Speaker Bercow reassures MPs that formal prayers won’t be disappearing from Parliament on his watch, whilst Bishops by virtue of their religious status remain in the House of Lords. This all being just as recent polling suggests barely half of Britain identifies as Christian, and most of them are not even that serious about it.

But pushing the issue to one side of how secular and religious Britain is, what about the question of how secular it should be? Is the separation of Church and state desirable, or the source of justified disgust?

Recent headlines in the Mail might make one think the latter, but all of the arguments against secularism seem to me to be laughably missing the point.

We’re told that secularism constitutes an attack on religious liberty, and if that’s how people wish to characterise the state being neutral with regards to the truth of various religions and objecting to the incorporation and privileging of one faith in its institutions, then so be it. But once spelt out, that appears rather absurd. The core tenet of secularism is precisely that religious liberty is a thing of immense value, but it argues that the best way to protect this is to stop one religion infiltrating government. The freedom of all to practise their faith in peace is best preserved by not letting one hijack public office, which would alienate everyone but the ‘winners’.

It should be obvious from this that one need not necessarily be an atheist to support secularism, and thus the claim that secularism involves non-religious people ‘imposing their beliefs’ on others is false. Of course, secularists obviously do wish to impose their belief in secularism on all people, but as we have seen, this is hardly discriminatory. But it is definitely not a distinctly atheist agenda, as support from the likes of Giles Fraser demonstrates. Religious people are perfectly capable of seeing that it is reasonable and fair for them to leave their contentious faith at the door when entering the public realm, and they can recognise that the mere fact you might part of the majority religion gives one no right to twist shared public institutions to one’s advantage.

The key question for those Christians opposing secularism is what they would say were they to be a minority religion in this country. Would they hypothetically, for instance, happily sit through an Imam’s speech on a weekly basis merely because a Council is largely Islamic, or would they desperately plead minority rights and, indeed, an infringement of their religious liberty? Would they happily allow Imams to replace the Bishops in the Lords, were Islam to become increasingly popular? If such thoughts pain them then they should, I suggest, be secularists. And it seems that if there’s anything appropriate for one to be ‘militant’ about, secularism is that cause.

Baroness Warsi, in a Telegraph article last week, argued that not just Britain, but all of Europe, should “become more confident and more comfortable in its Christianity”. The trepidation of recent years towards any religious fundamentalists currently appears eclipsed – believers are not vocal enough. We cannot get it right; either the opinions are too strong, or not strong enough – stuck between a rock and a hard place, the quintessential British norm would be to err on the side of caution. We must not appear too forceful or evangelical for fear of upsetting someone, for being politically incorrect, or for pushing our views onto others. Evangelism strikes fear in just as many Christian hearts as atheist ones. Overly pushy and extrovertly charismatic Christians have, for me, changed the way my religion is viewed by others, especially atheists, and not for the better. There have been many subtle shifts – a difference between secular and religious Christmas stamps is the first that springs to mind – but it seems to me that Baroness Warsi’s call for society to be more vocally Christian will split views right down the middle.

The debate into whether Britain should be a secular country rears its head. A recent Ipsos Mori survey showed almost three quarters of the 1,136 people polled agreed that “religion should not influence public policy”. For the most part, I personally believe that a fair and just system should be run on shared values and morals, and they need not be specifically Christian, nor specifically any religion. For me, it is not important how you set out on the journey; it is just important that you reach the destination. A huge part of my faith is that we love our neighbour; therefore the division of a country, labelled as either religious or secular, worries me.

What I would most like to see is an agreement that our country should be run on shared values, common morals and not dictating what the majority believes, or how they spend their Sunday (or Friday, Saturday… well, their lives). However, I live in a country where my religion is the default, the majority; but I do not think my opinion would be any different if that were not the case. When a country aligns itself with a particular religion, or as being secular, there will always be a minority. “People need to feel stronger in their religious identities and more confident in their creeds” – maybe we should just work on the idea that everyone, with freedom of speech and freedom of the press, should be allowed, nay encouraged, to think about their beliefs. They should be encouraged to articulate them; given the freedom to choose for themselves. They can even choose to be indecisive!

Jesus said “Come and follow me”, not “You must follow me!”. I would never want to push my faith, my belief or my religion at another person, and it would be nice if the same were true for others towards me. Let’s not split apart by putting people in boxes, or giving them labels. Let’s talk about what we share, not what divides us. Freedom of choice, freedom of expression – these are important. Not which kind of stamp you want to have at Christmas.