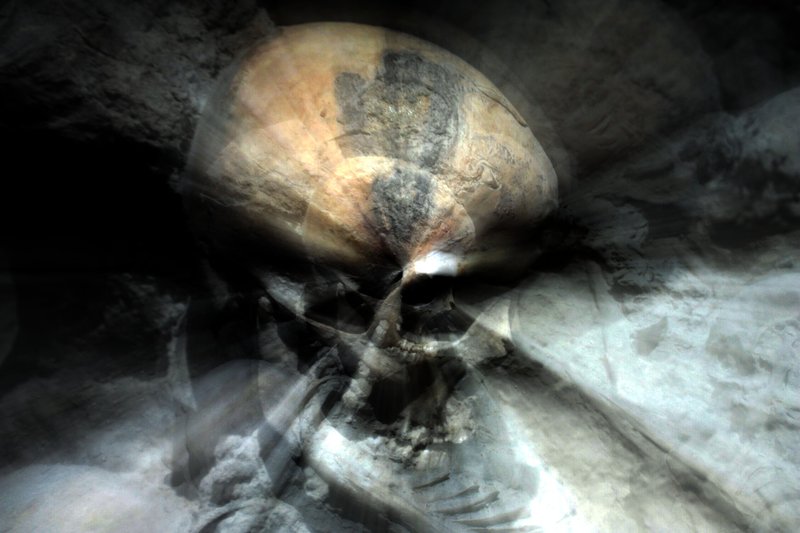 Are our ideas of the supernatural inherently distorted?

Institutionalised religion is politicised religion, a way of condensing a belief system into a unified set of beliefs and practices, with the habit of polluting cultural core values and traditions. It is hard for us in the Western World to reckon beyond the traditional Catholic, Church of England or Protestant views of the world because, for the most part, we are ignorant of any traditions that aren’t considered ‘major’ world religions so conveniently ‘spoon-fed’ to us by the education system.

Instead, we acquire our knowledge of ‘alternative religions’ such as Shamanism and Voodoo from fiction, media and the film industry. We often fall victim to the ‘Hollywood Effect’; we are sucked in by the drama, the excitement and the flashing images, which seem to make up a ‘good’ film and never stop to think whether or not their portrayal of a certain religion or practice is incorrect. No one ever came out of watching The Exorcist saying: “You know what? That Spirit Possession isn’t such a bad thing!” Instead we had Evangelists such as Billy Graham claiming, “An actual demon was living in the celluloid reels of the movie…” Its depiction of spirit possession through the treatment of the Catholic Rite of Exorcism caused uproar and terror throughout this country.

In the Western World spirit possession has become a sort of ‘taboo’. When asked to think about ‘spirit possession’, do we think of the Christian notion of possession by the Holy Spirit? No! We primarily think of it as an spiritual intrusion by a demonic spirit such as Satan, Ba’al and Beelzebub! To us possession may seem impossible, illogical and nonsensical, or mysterious, feared and plausible – but no matter what our thoughts on the matter, we certainly cannot be sure what it actually is, or whether it actually happens.

Instead we fall victim to the Western World’s need for categorisation. We find ourselves categorising people who see visions as epileptics, people who hear voices as hysterical and people who feel the presence of an invading being or spirit as schizophrenics. Any of these could actually be due to possession by a spirit, yet we see time and time again people outwardly rejecting the spiritual in favour of ‘case-closed’ explanations via medicine or science.

The only people who might believe in the reality of spirit possession are the religious members of our Western World, yet even this is a polluted view of possession and an issue that is rarely spoken about, especially in the Christian tradition. Instead the topic is almost always avoided and when it is foregrounded, it is done so in such a negative light that it evokes terror. Today, we never hear of helpful spirits possessing humans and assisting in life’s problems. For the religious people of the Western World, any voice or invading entity that may assist us in is considered to be God himself, certainly not some ‘lesser’ spiritual agent.

It is very easy to bask in our own ignorance, to make up our mind regarding spirit possession and refuse to stray from it. We have been socially conditioned to accept ignorance. Yet out there in the wider world are certain cultures that have a less polluted world-view who have a built-in understanding of spirit-possession; it is not only a part of their very culture, but it shapes their identity.

Amongst certain tribes in north Africa that practise Voodoo it is not uncommon to hear of cases regarding the marriage of a man to a she-demon. These men live happily with the spirit in a quasi-dual citizenship of his body. Likewise, in the Shamanic Digo tribe of south-west Kenya, spirit possession is seen as a way of expressing desires and demands of spirits; this is also prevalent in Chuuk, Micronesia, where spirit possession is not only a common way of dealing with grief but also a way for a spirit to communicate with the living, informing them of any unfinished business or last requests.

Here, spirit possession is not seen as anything unfortunate, terrifying or ridiculous; rather it is an accepted part of their culture that pre-existed any Christian ideas on possession. The difference between the West and East’s socially constructed belief systems is unparalleled, yet the actual phenomenon of possession is unchanging and prevalent the world over.

The Eastern world-view of possession is slowly changing due to the painfully intrusive influences of the West – not just due to Western media, literature or films, but mainly because of the impact of institutionalised Christian religious bodies. There are currently 306,000 missionaries working in the world from various Christian denominations all with the same goal: to teach the work of Jesus Christ and to assist other cultures in combating their poverty. Missionaries do help combat poverty and extend the lives of the less fortunate, and for that they cannot be criticised. Yet the unseen effects of missionaries to these cultures they ‘help’ are catastrophic.

Missionaries poison other religions by oppressing their native religion and enforcing Christianity; such is seen in the nation of Chuuk, Micronesia. A nation that used to follow Voodoo, yet through the invasion of Christian missionaries the national religion has changed to Christianity and all the practitioners of the old religion have been forced to practise Voodoo underground; the usual practice of spirit possession – now taboo – is now conducted in secret by a medium.

The enforcing of Christianity has caused an oppression of the few ‘raw-religions’ left in this world. These religions possess a set of values and practices that are not polluted by rigid institutional rules; they do not have the growing need to categorise the world around us. These raw religions are an un-tainted, ever-changing set of beliefs and practices which show religion in its acutest form. Religion seems to be yet another victim of globalisation, its core values replaced with imposed institution.

I fear this may be the end of the ‘raw religions’ of this world; they have become a victim of globalisation, sacrificed to the monopoly of power that the Christian faith so desperately desires.