Death as a Basic Component of Life 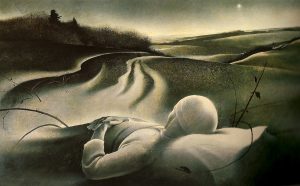 Life is nothing but a ‘death break’.

This is how I see life; as a short break from the eternal state of nothingness. A short break in which we are the lucky ones to have been born. The lucky ones who escape from nothingness, and inhabit the planet we live in. We are those who get to experience this gift called life: As those lucky ones, we have the opportunity to appreciate art, write poetry, walk in nature, fall in love, kiss,  debate, laugh, question, and enjoy the presence of the others around us.

And yet, such is our love for life that we fear the state we all came from – we try to avoid thinking about death, we consider it a taboo subject, we teach children (and adults, sadly) stories about an ‘afterlife’, stories which we surprisingly keep telling ourselves. The fact that we know that we are going to die fills us with fear, a fear which is never expressed.

Death, however, as the only certain thing, should be welcomed by all; it should be something we discuss with each other and prepare for. The reason for this being that death is a basic component of life.

It becomes clear why this is the case if one defines life as a ‘death break’. There can be no life without death, and no death without life. Everything perishes and everything dies. We basically live because of death – it is because of the existence of death that we can call ourselves beings. By definition, it is impossible for something to die if it has not first lived. Hence, when something is not immortal, it possesses its own non-existence. Non-existence is a property of all existent objects. Life, or Βeing, is just the transformation of non-existence to existence, which, with death, transforms itself back to non-existence . We, and everything around us, are potentially non-existent.

Death, therefore, should not be something we avoid, but something we look forward to understand and comprehend, as it is something that is part of our lives. Wittgenstein’s words, when he volunteered to fight in the First World War, were “Perhaps the nearness of death will bring me the light of life.” He wanted to experience death and it is through the very nearness of death that he expected to see the value of life. 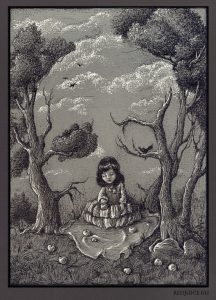 It is a privilege to die, because it is through death that we can claim our existence.

Something that is not alive cannot die. A chair, a table, a book, a mobile phone, a door, cannot die because all these are, by nature, not alive.They can, however, transform themselves.

However, we mistakenly think that such things can die, and we cry, weep, and get angry if we lose such objects. But, what is the case is that with coming to possessing something (either alive or not alive), we possess, at the same time, the very possibility that we will lose the object, either with the strict definition of the term or with that object’s actual death. We cannot, therefore, say that we were ever surprised or unprepared for when someone dies or something is lost, and we cannot claim to be saddened by such a loss as we knew beforehand that possessing those objects meant that at some point we would lose them.

Therefore, it is important that we embrace death as something that is responsible for the fact that we call ourselves ‘beings’ and not ‘objects’.

We have to appreciate the fact that we are alive, that we are the lucky ones. As beautifully put by Richard Dawkins:

“We are going to die, and that makes us the lucky ones. Most people are never going to die because they are never going to be born. The potential people who could have been here in my place but who will in fact never see the light of day outnumber the sand grains of Arabia. Certainly those unborn ghosts include greater poets than Keats, scientists greater than Newton. We know this because the set of possible people allowed by our DNA so massively exceeds the set of actual people. In the teeth of these stupefying odds it is you and I, in our ordinariness, that are here.We privileged few, who won the lottery of birth against all odds, how dare we whine at our inevitable return to that prior state from which the vast majority have never stirred?”

Embrace the death break. Because, after all, it’s a break.