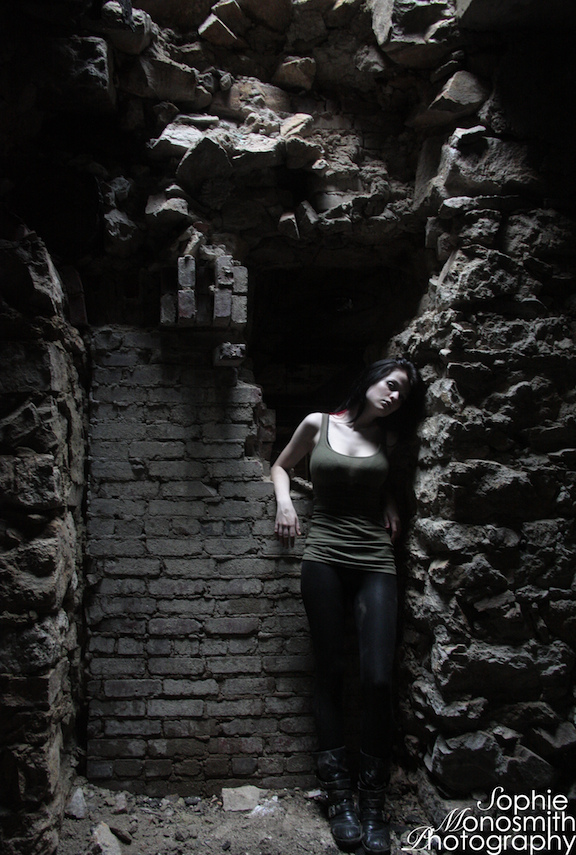 “We’ve secrets that lurk in the dark…”

While growing up, I had rather a vague notion about Christianity and what it all meant. It wasn’t really worth caring about– as far as I was concerned, it had nothing to do with me; I would live my life as I pleased, not as dictated by some old book , thank you! I used to look at Christians and think myself superior to them, never understanding the way they clung to an apparent fairy-tale. As far as I could make out, religion had brought this world nothing but trouble and we would all be far better off without it.

I was your typical child, really, spending more time with friends than schoolwork. I was carefree and happy; I understood my place in the world – to learn, love, laugh and to grow.

When I turned 12 I met someone who would change the course of my life forever. The carefree child become withdrawn and scared; I had become a statistic. Over the course of five years I was groomed, sexually exploited and raped. I told no one. Instead I tried to carry on with my life as best as I could. I tried to make sense of this new and scary world – a world where children simply weren’t safe. I became even more convinced that God did not exist. If He did, why would He allow us to suffer, especially children? No – God did not exist; I had only myself to rely on.

I became a difficult and self-destructive teenager. Teachers would frequently call my parents to complain about me truanting, being anti-social and not completing assignments. My behaviour was put down to teenage rebellion. Life continued and I eventually calmed down. I dabbled with different religions, needing to find an answer for why I had been targeted by a paedophile eventually settling on Paganism. But there was still something missing, an emptiness in my heart, the result of being a rape victim, of having my innocence stolen.

I graduated high school and went to university in Sunderland. By this time I had given up on Paganism as it just didn’t give me any answers. At university things went from bad to worse. An unfortunate incident at a night club (a drunken student being a bit to “hands-on”) brought all my memories rushing back. I became afraid to leave my flat. I couldn’t concentrate on my work. I was barely scraping a pass. Eventually, after almost three years, I dropped out.

My parents couldn’t understand what was going on and tried to be as supportive as they could. I applied to Durham and was accepted. I tried extremely hard to put my past behind me and move on with my life, but it proved impossible. Getting out of bed in the morning was a struggle. I hardly had any energy to put my clothes on, let alone do any work.

It was no surprise that I failed my exams. In the re-sits I still failed one, but I was given another chance. I was told that I could re-sit my failed exam in a year’s time as a first attempt. So I moved into a house with my friends. Things weren’t improving though; it was a constant struggle. One of my housemates suggested I attend something called “Christianity Explored”, a workshop run by Christians to tackle those many difficult questions.

I said I would give it a go. After all, it couldn’t hurt, could it? I didn’t really think it would help. After all, if a God did exist then I was angry with Him for allowing myself to be hurt. But I went, more out of curiosity than anything else, and honestly, I wanted to ask questions that they wouldn’t be able to answer. What a shock it was then to attend these workshops and, for the first time since I was 12, feel a sense of peace. I was so shocked at no longer feeling scared and empty, that I could barely talk, let alone ask any questions.

Hence the subsequent confusion. I continued to go to these workshops and eventually I was able to ask the questions I needed answers to. Imagine my surprise when something inside me “clicked” and I realised that the emptiness in my heart wasn’t, in fact, due to being raped, but due to having turned my back on God.

However, I still had questions that I needed answers to: why did God allow me to be raped? In order for that question to be answered, I needed to tell my dreadful secret. And gradually, I started telling people. The most difficult thing I’ve ever had to do was sitting my parents down to tell them what had happened to me all those years ago. To say they were shocked would be an understatement. We cried and hugged each other and cried some more. At last; my secret was out. In searching for God, I was finally able to share what had been a very damaging secret.

But I still had questions, and gradually, they have been answered. The answer is not a simple one – it’s a long and complicated answer. I shall try my best to repeat what has been said to me.

Firstly, you must look at why there is suffering in the world. Is it God’s doing, or is it a consequence that we as humans must suffer for all the sins before us? Our whole world is made up from cause and effect – you throw an apple up in the sky, it will come crashing back down to earth. The same goes for everything we as a human race do. Whatever you have done, you must live with the consequences. Expecting anything less would be asking for a free pass. If your choices have no negative consequences, what is stopping you from repeating yourself over and over again? How do you learn from your mistakes?

Many people, when faced with their own mistakes and wrong-doings, beg God for forgiveness. Are they really asking for forgiveness or are they asking God to fix their mistakes, to stop the natural law of cause and effect? If He were to grant everyone their wishes, how would we learn from our actions? Not only do we first curse the name of God by either denying Him or judging Him, but we then expect Him to fix the problems we have made for ourselves. “Since you object to what God does, can you expect Him to do what you want?” (Job 34:53)

By asking God to help us, we are asking Him to stop the natural law and to save man from man’s own actions. We are asking for a miracle. Of course miracles happen, of course God can perform miracles. Jesus cured the disabled and Jesus himself rose from the dead. Miracles are about suspending natural law – they happen every day, if you are just willing to look for them. But you can’t expect God to stop every bad decision that man makes. You can’t expect God to perform miracles because you have made the wrong judgment call.

I finally understand that. It was not my fault what happened to me. Nor was it God’s. The fault lies wholly with the man that raped me. In a way, I just happened to be collateral damage. I was in the wrong place at the wrong time. Or was I? It is only by experiencing this pain that I found myself turning to God. Would I have turned to God had I not been raped? Who knows. What I do know is that what happened to me has ultimately made me a stronger person. It has also brought me closer to God.

We are owed nothing in this life. Life – and God – should not bend over backwards to ease our suffering and to make our lives easier and happier.

Turning now to the story of Job, “when God sends us something good, we welcome it. How can we complain when He sends us suffering?” (Job 2:10). It is easy to worship and praise God when we experience happiness. But is that truly worship, or is that our arrogance in thinking that we are above sin, that we deserve all the good things that God has to offer? Would we learn anything if we have never had to work for anything in our lives?

And yet… despite all the suffering that we endure in this life, God loves us so much that He sent His only son to be tortured and to die for us. He sent Jesus to suffer and be killed for us, so that He can take away our sins. He did this so that we can live eternally and know true happiness and peace by being with Him.

All of us at times feel that we are being judged unfairly, that no sin we have committed warrants the pain that we are feeling. I no longer curse God’s name and demand that he help me, but ask how I can help Him and be thankful that I have been given the opportunity to be closer to Him.

So where does that leave me now? I will not say that since turning to God I have fully healed. I am still coming to terms with what happened to me as a child all those years ago. I am still angry, I still have flashbacks and I still have nightmares. I still have difficult days, I am still angry and I have not yet forgiven my rapist, but I am working towards that. I know that with God’s love, guidance and help I will one day be able to forgive. I’m waiting for my exam results to see if I have passed or not though if I haven’t, it’s not the end of the world – obviously my path lies in a different direction. What has happened though is that the empty feeling in my heart has disappeared. My heart has been filled with love – fully mutual love between my God and myself.