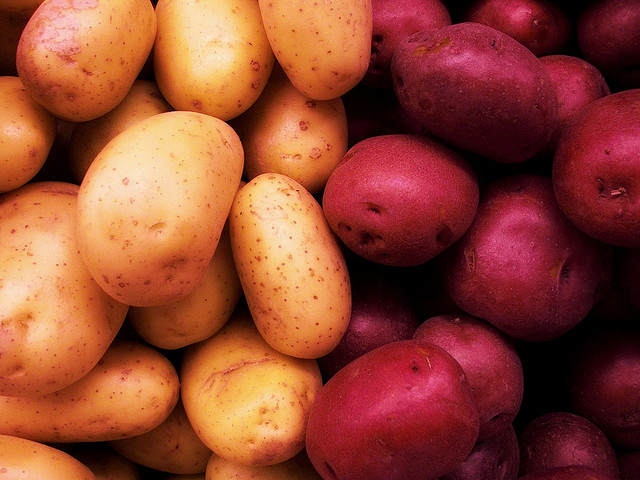 Are disciplinary branches as segregated as the goods on a market stall?

On a recent family holiday to Scotland, I got into an argument with my brother. He’s a year younger than me and is off to university next year. As a biologist who is equally (perhaps more) competent in economics, he put to me that money is literally “what makes the world go round” and ultimately the most important factor in world history; dominating our lives and pervasive in all aspects of modern life. I disagreed, saying that I thought the spiritual side of humanity was the more important, governing our ethics, ways of interacting with each other and ultimately our happiness. After half an hour of fruitlessly battering each other’s positions, I realised that we were standing on completely different metaphorical islands. A deep gulf of mutual misunderstanding separated us. I simply didn’t know enough about economics to comment upon it competently, and he certainly didn’t know the first thing about theology. Thus, constrained by the choices of subjects that we made many years ago, we simply had no idea about each other’s disciplines and had (in my case) subconsciously rejected them as unimportant.

I am sure that you, reader, have encountered the same thing. The scientist who has known only heavy textbooks since the age of seventeen might find all literature pointless and confusing, a mass of useless metaphors and allusions that contribute nothing to a scientific understanding of the universe.

I was recently left dumbstruck by a (mathematician) friend’s quite honest question which was uttered with complete shock and more than a hint of disdain: “How can you do eight hours of theology?” He had absolutely no clue what Theology consisted of, thinking it impossible to spend eight hours studying it, and thus aggressively dismissing it as a discipline.

The flipside of this is the English or history student who gave up all “numbers” subjects at AS levels and snorts with derision at the poor scientist who spends countless hours clad in white counting atoms and doing lots of very complicated maths, studying a subject that (to the English bookworm) seems devoid of meaning and beauty.

I must be made clear that the more people who comment on this piece saying that they are both an avid scientist and enjoy literature, or that they study English but regularly read the New Scientist or Economist, the better! I have been driven to write this piece by the experiences I have had at university and at school but the more people that have had positive experiences with people from other disciplines, the less pessimistic I will be.

The division between humanities and sciences is reinforced by another peculiarity of our respective subjects. My own subject (theology) is remarkably diverse in the sense that it is a composite of history, literary criticism, classics, sociology, anthropology as well as others. Theology is not a monolithic term but porous, informed and informing many different fields of learning. English and history students will also find themselves constantly studying other things other than “straight” English (if one can even say that exists).

Conversely most scientists will be well versed in the basics of many different types of maths and statistics. Maths stretches across the scientific spectrum but is rarely found outside. You will be hard pressed to find a single science student doing a “soft” humanities module or an English student deciding to take a further maths module. Music is perhaps the most obvious joining point for maths and arts.

We live in the era of specialisation and there is a convincing justification for this. Because there is so much to learn in the world we can only realistically master one or two disciplines in our lifetime. We don’t have enough time to “get good” at many different subjects. In our society humanity is interdependent. I am dependent on the man who can fix my laptop, who is in turn dependent on the woman who teaches his children and the recent graduate who looks after his taxes. On a more removed level society is also affected by the decisions and actions of academic theologians. For example, one of my professors is a world expert in the Mormon Church and regularly advises their general councils, thus having a huge impact on the development of an extremely influential world faith that affects our own lives.

I worry that this specialisation and consequent mutual ignorance is not always beneficial. I think that our lack of knowledge of other disciplines can prejudice us against them. Ultimately it is damaging to our lives at levels far beyond the miscomprehension of a student.

A good example is in the world of politics. Politicians are overwhelmingly arts graduates. There are actually only three physics graduates in the House of Commons; of the first four names on the Wikipedia page that I clicked – one listing the 650 current MPs – the first three had studied arts subjects.

The issue is stark. The present government must make many decisions to do with science that are crucial to the planet’s survival, but our MPs arguably do not have even the basic knowledge to tackle such questions, however well advised they may be. I would like more MPs to be able to understand scientific issues as scientists or with a scientific background. Can we really trust them to take intelligent, scientifically substantiated decisions on matters like climate change and energy supply?

What conclusion can we draw from this then? That the world isn’t simple and that there are no straightforward answers. Just as it is impossible to say spirituality is the most important factor in the world today so it is impossible to say the same for physics (a curious phenomenon of modern thought is the idea that if one discovers the source of something one discovers the meaning) or economics or language. A great many factors are involved in any event past or present.

Today’s world, to go back to my original argument with my brother, is not founded upon economic theory any less than it is upon man’s conception of God and man’s place in the world. The two (and many other factors besides) exist and inform each other. Neo-liberal economics arguably sprung from a Calvinist understanding of God, for example.

On a final note, any student who claims the primacy of their subject over all others is guilty of arrogance, whether they’re a theologian or a mathematician. This arrogance is not only unpleasant, but mutual ignorance means that we can too easily become clueless in all other disciplines apart from our own. Not only clueless, but deprived… after all, scientists deprived of Shakespeare or Donne are just as unfortunate as theologians deprived of M-theory.