What is the point celebrating classical music anniversaries? 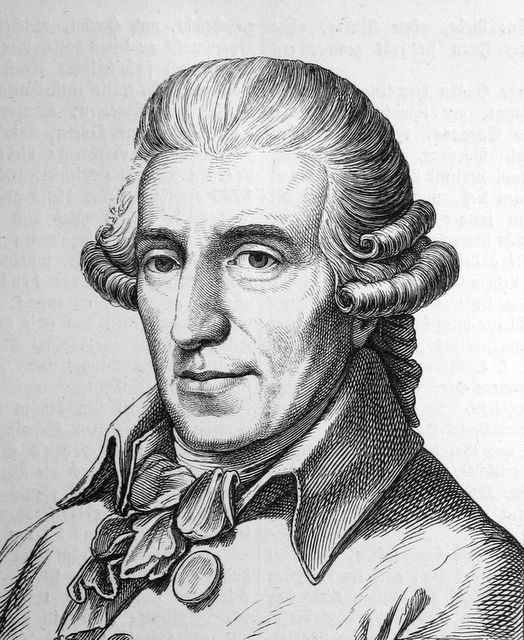 Will we be celebrating the 250th year since Haydn recovered from influenza?

I’m not averse to celebrating musical anniversaries, but I dislike the idea of the anniversary becoming more important than the music itself – playing Handel simply because it’s the 250th year since his death, rather than because it’s fantastic music.

However at its best a centenary, for example, can push a composer into the spotlight and introduce listeners to previously neglected repertoire. This can be a blessing; a couple of years ago for example, Vaughan Williams’ little-known piano concerto was given a fine evangelical performance by Ashley Wass at the Proms – but this piece could have lain dormant had it not been the 50th anniversary of the composer’s death. Incidentally, it’s always struck me as odd that we should mark the anniversary of a composer’s death rather than celebrating his life.

Unfortunately, the anniversary celebration can result in a surfeit of outings for all the usual works; The Lark Ascending, Fantasia on a Theme by Thomas Tallis for example. These works – undeniably great as they are – seem to be on Classic FM all day long; a repetition which surely devalues their currency. Does the radio audience really need to hear them again and again, just because Vaughan Williams died fifty years ago?

On the other hand, while an anniversary celebration might be a trawl through the same familiar repertoire for one seasoned audience, it could serve as a valuable introduction for the next generation (ours, as it happens) and this would seem to be particularly important, given the perceived difficulty in interesting young people in classical music. It is of course essential that the works of the old masters be preserved for posterity, yet it does seem unfair that those less lustrous composers should suffer neglect as a result of this.

In today’s commercial world, it seems that record companies and broadcasters have the biggest say in who should be commemorated and when. This means that those composers who are thought of as “safe” receive preferential treatment in the face of less familiar composers. The “Big Four” of 2009’s concert series were Purcell, Handel, Haydn and Mendelssohn, but where were the anniversary concerts for Albéniz, Bloch, Martinů and Villa-Lobos? Surely the first four need no help in reaching the public, compared to the many other composers whose anniversaries seem to pass by unnoticed.

Of course, it could be that record producers and programme planners choose what the audience should be hearing. Personally I don’t like this idea of “rationing” music, or the thought that anybody’s listening should be guided in this way. However in the current economic climate opting for a safer programme is more financially viable than promoting an entire evening of, say, Bohuslav Martinů. It must be said, however, that Sir Malcolm Arnold’s 80th birthday (despite being recognised by the recording world) was ignored in the 2002 Proms – yet there was a Stockhausen day in 2007. Was this a case of public service broadcasting ticking boxes for international contemporary music, rather than showing an interest in its home-grown composers?

It seems that the marking of these anniversaries is on the increase. Audiences are now more used to thematically linked programmes as opposed to seventy years ago, when the traditional overture-suite-concerto-symphony programme was the norm. Where will this obsession with the publicising of anniversaries end? Next year, will we be celebrating the 250th year since Haydn recovered from influenza, just to promote a new recording of The Creation?

One of the benefits of an anniversary celebration can be the discovery of previously neglected works. Sometimes this happens anyway, when a single artist spends their life championing a cause; as in the case of Beecham and Delius, or Ronald Smith and Alkan. Yet once a decision has been made to discard a composer or an individual piece from the repertoire, it can be very difficult to reverse. If one critic has an idea which catches on – such as the notion that Schumann couldn’t orchestrate, or that Vaughan Williams couldn’t write a piano concerto – it can potentially affect an entire generation of concert-goers. Fortunately for us, the vision of one person can change this.

I think it’s wrong to assume that just because a piece of music has previously been left on the shelf, it must not be worth recording. The advent of the CD means that now there are many more recordings of little-known repertoire, so the modern audience can make up its own mind about whether or not the neglect is just.