The State of Hip Hop 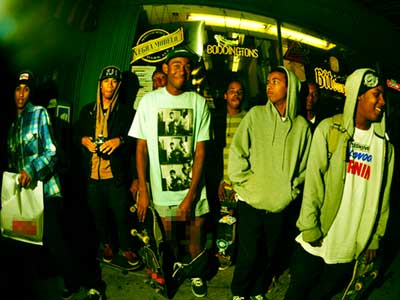 Odd Future – the next generation of hip-hop?

Back in 2000, when Talib Kweli and producer Hi-Tek released Train of Thought, the album’s standout track, “Too Late”, lamented the death of hip hop with the lyrics:

“Where were you the day hip-hop died?
Is it too early too mourn, is it too late to ride?”

Six years later one of the most influential rappers of the modern era, Nas, came out with his own “Hip Hop is Dead”, featuring guest producer Will.I.Am – ironically one of the artists most guilty of flogging the dead hip-hop horse for the sake of a few more dollars. The song itself not only bemoans the fact that Nas was one of the primary initiators of popular hip-hop music and partly responsible its radio success, but also that he was now being associated with the below-par acts that are the legacy of what he had helped to create.

Five years on from the release of N.W.A’s gangsta rap classic Straight Outta Compton, Wu Tang’s 36 Chambers, alongside other hardcore gangsta rap albums such as Nas’s Illmatic and Mobb Deep’s The Infamous, set the trend for the next ten years of radio hip-hop. Jay-Z added to the roster of massive hip-hop stars, carrying on the trend of associating petty drug dealing with organised crime that had been established by Wu member Raekwon and the so-called “Wu Gambinos”. Inevitably, these innovations of the late eighties and early nineties began to break down until the hungry desire to escape the ghetto was warped and degraded into what many people perceived as an insatiable materialism and a glorification of violence and misogyny. 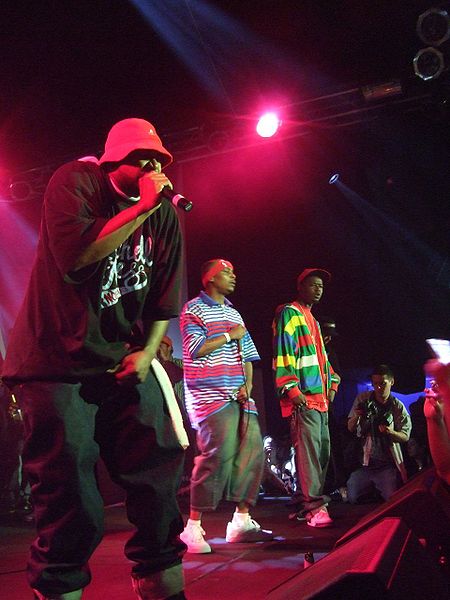 Meanwhile, Talib Kweli and other underground hip-hop stars – the natural successors to the conscientious, politically minded hip-hop of Public Enemy and the later Native Tongues posse (De La Soul, Jungle Brothers, A Tribe Called Quest et al.), stayed largely underground, as did those influenced by Black Star, Kweli’s project with underground luminary Mos Def. From his underground vantage point, Kweli could see six years before Nas that hip-hop was dead, or at least dying, and he expressed it in a more engaging and enlightened way than the fading superstar ever could. As someone outside of the mainstream, he had a clearer of view of what was happening: that hip-hop’s royalty at the time, the likes of Snoop Dogg, Eminem and Dr. Dre, were cashing in on the passing vogues of hip-hop club music and rappers featuring in R&B videos at the expense of the genre’s credibility. Q-Tip’s warning to MC Hammer in 1991 (“What you say Hammer? Proper. Rap is not pop, if you call it that then stop”) had come full circle; in underground hip hop’s eyes, mainstream rap had become a passing radio phase, doomed to go out of fashion.

In 2011, what is the current state of hip hop? Is it beyond repair; has the damage done by cringeworthy R&B bastardisation and fading “pimps” like Snoop forever ruined an exciting form of musical poetry, a genre which began so full of promise and political dissent? Are we destined to forever look to the past? Or has the work of restoring hip-hop’s credibility already begun? Those artists still trooping on in the same vein as early nineties hip-hop almost seem to realise that the game is up. The opening tracks of two of rap’s biggest albums of 2010, Drake’s Thank Me Later and Kid Cudi’s Man on the Moon, are both lazy enough to put you to sleep. The same could be said of Wiz Khalifa’s 2011 release Rolling Papers; where on the opening track “When I’m Gone”, Wiz sadly laments that he keeps rapping about money, but just can’t help it, and that he’s going to spend all of his money before he dies. The only rapper who seems to be having sustained success, both critically and commercially, is Kanye West, who has basically turned a mirror on the listener as if to say: “you think I’m an asshole, so why can’t you stop listening to my music? Because I’m a genius/maniac and the modern equivalent of Caligula, that’s why.”

Again, we have to look to the underground; and not at those artists still in the Native Tongues vein (Mos Def), or at those artists who are only accidentally in the underground because they haven’t achieved enough exposure to be the next Lil Wayne (Wiz Khalifa), or anyone in the middle (MF Doom, Count Bass D). Over the last couple of years there are two groups which have been attributed the title of “the future of hip hop”, and perhaps deservedly so: Flying Lotus and the Brainfeeder clique, and Odd Future. Both seem to be exploring exciting and fresh pathways in hip hop, and in music generally.

Flying Lotus has dramatically taken hip-hop music in a new direction; his sound is not just innovative, it’s downright futuristic. Alongside other Brainfeeder artists such as the Gaslamp Killer, Samiyam and Warp label’s nomad weirdo Gonjasufi, Flying Lotus is to hip-hop what Sun Ra or Ornette Coleman were to jazz: an innovator who has learned the rules inside out, in order that he can then break them. 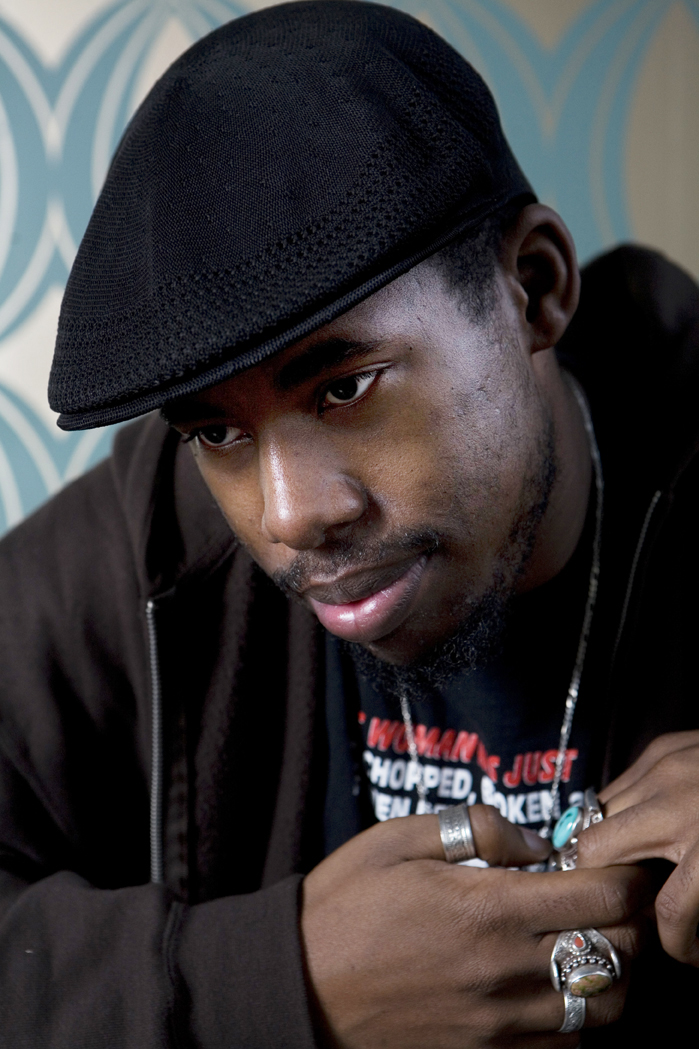 Flying Lotus – not just a move in Enter the Dragon

If Flying Lotus is futuristic, Odd Future could be seen as almost primeval – rapping about rape and murder in an extremely graphic way (“drown your bitch in a tub of cum and throw a shark in it”), they ironically disassemble the violent framework that has been left for them by past generations of “gangstas”, turning it into something disgusting and hilarious. Releasing all of their albums for free while frequently name-dropping their favourite clothing brand, they turn the materialism of rap on its head. Their willingness to shock puts them more in the realm of punk than of hip-hop, and their violent and iconic imagery puts them outside both, further broadening their already genre-defying scope.

Roughly twenty years after Chuck Berry invented rock ’n’ roll, along came punk. In those intervening years guitar music progressed and then degraded, until hero-worship and melodramatic guitar solos were justifiably and mercifully cut short by the advent of the new movement. Hip-hop’s punk is well overdue; we’ve had political “punk” during the golden age of Public Enemy, but now we need something altogether more introspective – a musical and lyrical punk aimed at deflating the egos of rap’s current stars. Maybe My Beautiful Dark Twisted Fantasy will one day be viewed as the hip-hop generation’s Led Zeppelin IV. Perhaps Odd Future leader Tyler, the Creator’s Bastard will be seen as rap’s Never Mind the Bollocks.