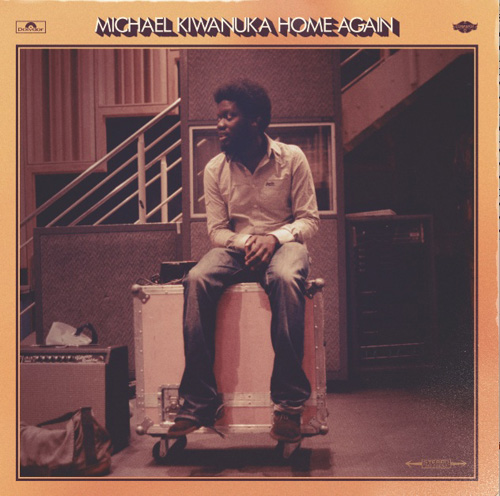 Each year, the BBC conducts a poll of music critics and key industry figures in an attempt to forecast the most promising new talent in the twelve months ahead. Obviously, it’s worth saying that a reductive, graded list of artists in their genesis can never map out the charts of the coming year to total accuracy, and indeed many hugely successful newcomers have been absent from longlists of the past. Nevertheless, winners of ‘The Sound of…’ aggregation polls in the past have included 50 Cent, Keane, Adele, and (in 2011) Jessie J. Last month, the top five artists of ‘The Sound of 2012’ were announced, and with this in mind, let’s take a look ahead at the BBC’s top musical predictions for the year, and how the list compares to years gone by…

The winner of 2012’s poll of experts is perhaps a surprising one. Leading the pack in first place is Michael Kiwanuka, a British musician of Ugandan heritage. An exponent of soul, his triumph marks a move away from the sleekly produced pop of the winners of the last three years, Jessie J, Ellie Goulding, and Little Boots. His influences include Bill Withers and Otis Reading, and he tends towards acoustic arrangements of guitar, soft, jazzy drums and occasional gentle bursts of brass or shimmering strings. His most recent single, Home Again, was released before the poll’s announcement of his win peaked at 29 in the charts. Lianne La Havas, another British soul artist with elements of folk, was also included on the longlist, as well as Jamie N Commons, a throwback blues artist whose equally soulful voice also rests on sparse acoustic arrangements. Dry the River, a folk-indie band whose music is suffused with gospel were also picked out by the experts.

The runner-up is Frank Ocean, an American quasi-rapper who utilizes quiet, chilled beats. His position in the poll points towards the wider inclusion of a high proportion of somewhat unconventional rappers and hip-hop artists. His lyrics still contain explicit and swaggering references to sex, drugs, and violence, but without the overt aggression that typically accompanies these themes (as in the single Novacane). Other rappers who made the longlist but failed to break into the top five include Dot Rotten, who employs touches of grime, and AAP Rocky.

Ranked third in the poll is a rapper musically closer to the norm, but whose unconventionality comes with the fact that she is female. Azealia Banks, from New York, waves the banner for women in a vastly male-dominated genre, though her lyrics, which seem to amount to various attempts at describing penetration, spattered with poorly veiled euphemisms, offer little to the scene. Much more innovative rap can be found in the longlist outside of the top five, in the all-female three piece pop/hip-hop British-Ghanian group Stooshe, who fuse rap with a pop sensibility and funky beats.

The focus on solo artists continues in fourth place with Skrillex, an American dubstep producer and DJ. His inclusion is a little curious, as he arguably had a large fan base before the poll was collated. Skrillex’s dubstep is characteristically highly repetitive, though is also more melodic than many other producers, as well as incorporating elements of prog-rock. His place in the top five marks the first real nod to dubstep since the poll began in 2003, indicating its growing prominence as a genre. He has an album out in June, with the single, Voltage, out now. A second dubstep producer, Flux Pavilion, is also included in the fifteen-strong longlist, suggesting that dubstep will continue to be one of the most burgeoning forces within music in 2012. It also points more widely towards the rise of DJs within popular music, which has seen DJs such as Avicii and Afrojack come to the fore.

The top five is rounded off by Niki & the Dove, a band more in keeping with artists of previous ‘Sound of…’ lists. The Swedish band do electro-pop, but in a kooky way and with edgy soundscapes, as can be heard in DJ, Ease My Mind. Malin Dahlström’s unusual voice evokes Björk and Karin Andersson, aka Fever Ray of The Knife. The band represent the healthiness of indie-pop, but the genre is not as represented as in past years; in 2010 for example, the top five was made up of Marina and the Diamonds, Delphic, Hurts, and The Drums.

Overall then, the poll of 184 of Britain’s top tastemakers seems to suggest a sort of second revival of both urban and soul/folk genres, whilst also indicating the continuation and growth of dubstep. The longlist is largely split between rap/ hip-hop/R&B artists who display aspects of unconventionality in some way, and soulful singer-songwriters who imbue their music with depth of feeling instead of swagger. Additionally, the poll of 2012 clearly recognises dubstep producers and DJs for the first time. The industry experts suggest that electro-pop has taken a back seat in terms of new talent, while indie-rock is absent altogether. The winner, Michael Kiwanuka, with his laid-back vibe and sparse instrumentation, is perhaps the most surprising winner of recent years, but if previous years are anything to go by – and a quick look at the names of the top five artists since 2003 show that they are – we’ll see many of these newcomers rise up the UK charts and into the mainstream. Watch this space…