The risks of writing a cover: Can anyone get it right? 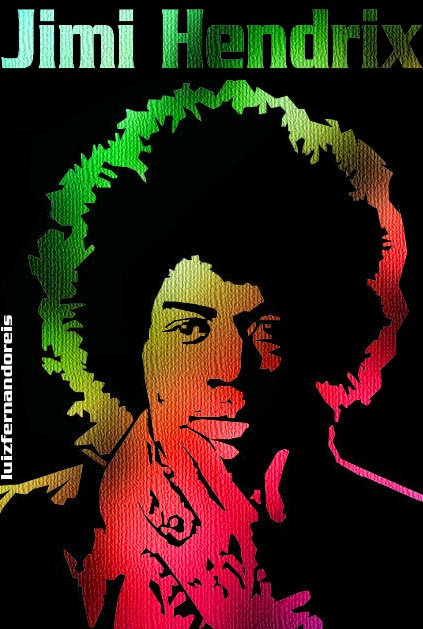 We knew Jimi wouldn’t let us down.

Many cover versions are merely pale imitations of their original incarnations. Successions of minimally talented, identikit, disposable performers seem to act as guns for hire mauling, kneecapping respected, cherished tracks for corporate benefit. The charts are stacked with sanitised, auto-tuned offerings representative of nothing more than arrogant disdain for the work of others, casual derelictions of other artists’ integrity, and in many cases insults to the tastes of the consuming public. It appears that a cover song is becoming increasingly an easy, lazy way to wring maximum revenue out of merely moderately talented artists; sound business sense, perhaps, but it’s utterly disrespectful.

It goes without saying that if an artist covers a song, there needs to be a point to it. It’s worth doing properly. Imitation alone might flatter an artist but is surely pointless in itself. Unless novel elements are introduced, imitative covers simply see artists relegating themselves to the status of human jukebox. Placebo’s 2003 Covers album is a good example of this. With certain of the tracks being bizarrely faithful to their originals, it seems apposite to enquire as to the point of covering them in the first place. In many ways it compromises both the original and the cover. Simple sonic replication of a song demystifies it, making us uncomfortably aware of its constituent parts. Such covers seem more science than art, uncreative and thus uninteresting. It clarifies, basically, that a song is just that, a succession of notes and words; like finding out Santa Claus is your dad dressed up.

There are of course some truly great covers, recordings that capture the essence of their originals while adding new layers of significance. Some combine gentle – rather than brutal, revealing – fidelity to their forebears with sensitive, intelligent interpretation, preserving the old while simultaneously creating something new. Hendrix’s ‘All Along the Watchtower’, Nirvana’s ‘Man Who Sold the World’, perhaps even Ben Folds’ ‘Video Killed The Radio Star’ are examples of such. Obviously, there are hundreds like it, and hundreds of thousands more that fall short; it’s worth looking into certain of them in order to understand.

The Smashing Pumpkins’ subdued take on Thin Lizzy’s hymn to youthful hedonism ‘Dancing in the Moonlight’ serves, arguably, more as a sequel to the song than a simple recreation. The Irish rockers’ recording is the night before, a party atmosphere created by a funk bassline, fluid guitar licks and solos, and exuberant saxophones, in which the numerous forms of instrumentation evoke camaraderie. Corgan’s reworking casts the song in the cold light of day. Alcoholic high spirits have given way to regret and isolation. A lone, slightly irregular, disrupted acoustic rings tinnily over a sparse drumbeat, providing a hushed backdrop to the suffering, hesitant vocals, the delivery contrasting markedly with Phil Lynott’s clear, confident original. The genius of this cover is its effectiveness in turning the song on its head, altering entirely its essence in having the song find isolation in a crowded room; respecting the song’s context but approaching it from a diametrically opposed perspective.

‘The Hunt’, as recorded by New Model Army, is a moody dissection of urban criminality and popular alienation from centres of power. Its urgent bassline hangs ominously over the recording, in the same way that the threat of violence hangs over the song’s lyrical protagonists. Sepultura’s version takes a Molotov cocktail to the original, replacing simmering fury with raw, incendiary aggression, turning its sense of restrained menace into an explicit promise of extreme violence. Retaining the prominent bass of the original alongside battering percussion and Max Cavalera’s sandpapered roar, the Brazilian thrashers take the song out of the shadows and onto the streets. The retention of the curiously English lyrics serves only to remind us that the experience is universal; that corruption eats at the heart of many societies, irrespective of language or geography.

Laibach’s satirical take on Queen’s ‘One Vision’ is fascinating if slightly conceited. The Slovenians self-identify more as performance-artists rather than simply as musicians; consequently, their exaggeratedly intellectual, didactic approach, not to mention the inherent abrasiveness of their brand of industrial art-metal, can become slightly wearying. ‘Geburt einer Nation’, though, is a razor-sharp subversion of Queen’s one-world anthem of hope and unity, caustic in its exposition of the original’s hackneyed insincerity. Electing to render the song in German (despite preferring English in most of their work) adding clanking industrial guitars, martial drums and a demagogic vocal delivery, the implications of their approach are immediately clear. Some might consider the approach heavy-handed, but in so doing Laibach highlight how easily sentiments of unity and togetherness can escalate once hijacked for more insidious purposes. In so successfully subverting the original, they also underline the difficulty of creating genuinely inspirational songs; Queen’s efforts are discredited utterly through fairly simple means. It is true Laibach have never shied from a degree of pretentiousness, but whatever your outlook on this point it is hard to criticise either the originality or effectiveness of this particular cover.