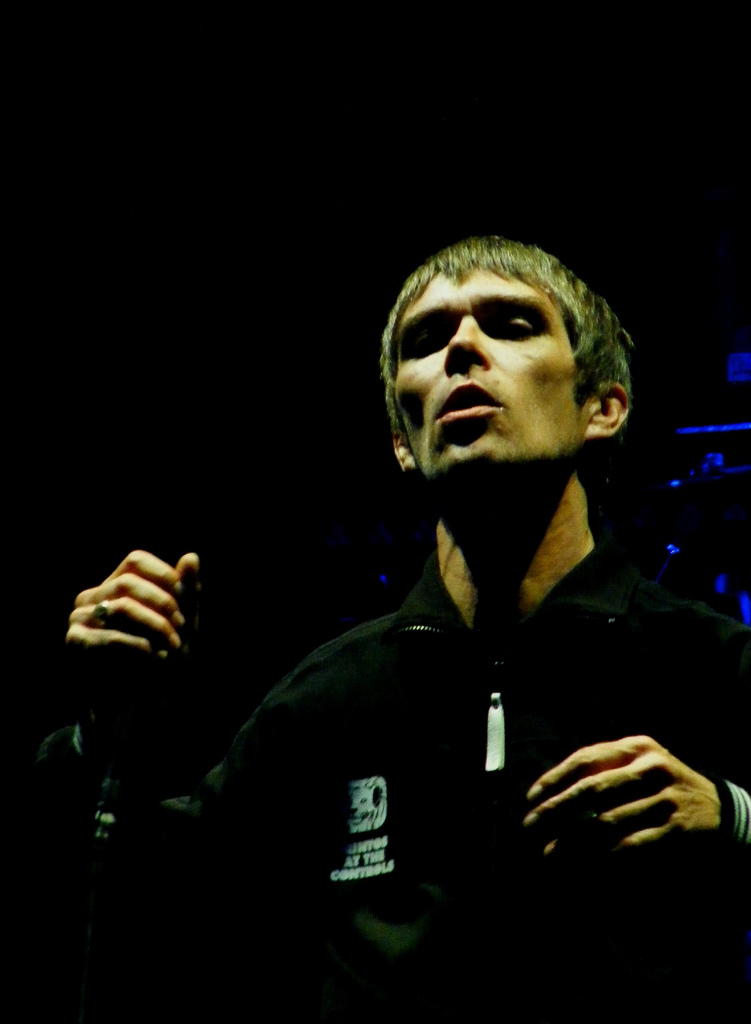 Ian Brown won’t be performing solo for much longer.

Rarely have rumours of a band reforming been more emphatically denied than by John Squire of the Stone Roses in March 2009. Not for the first time, rumours had appeared out of the ether about a Stone Roses reformation and it seemed as though Squire had squashed them for good.

Short of John Lennon and George Harrison returning from beyond the grave to take part in a thousand-night Beatles residency at the O2 arena, there can be few bands who were less likely to bury the hatchet, let bygones be bygones, or engage in any other ‘making up’ cliché that you could care to mention. The Stone Roses’ split, which eventually came in 1996, had been like watching a particularly unpleasant car crash in slow motion. After years of courtroom acrimony with their old label and a poorly received second album they shed drummer Reni quickly followed by guitarist Squire. The band staggered on to headline Reading Festival 1996, a gig said to be so bad that grown men were openly weeping as they rushed to leave the crowd.

And yet, to the surprise of millions of fans around the world (no doubt with Squire’s emphatic rebuttal in their thoughts), the Stone Roses recently announced their reformation, complete with two massive live dates in Manchester, a possible world tour, and tantalising hints of new material.

Nostalgia has become a lucrative and undeniably popular fixture on the live circuit – the Stone Roses live dates sold out in less than 30 minutes. Bands no longer have to have even split for them to be able to trade on the past. Any band with a large enough back catalogue can now embark on the ‘Played Live In Its Entirety’ tour, where an album usually celebrating an anniversary is played in full. Whereas bands might previously have been expected to go on tour with something new to offer their fans, simply rehashing old songs under the cover of an ‘anniversary’ has become perfectly acceptable.

Yet there seems to be a certain amount of double standards and elitism when it comes to older acts getting back on the road. It is hard to believe that the music journos in the NME or The Guardian greeted the recent news that Steps had reformed with the same enthusiasm that they greeted the reformations of Pulp or Suede. However, neither band has even hinted at the presence of new material, which leaves them open to accusations of simply trying to cash on in their admittedly impressive legacies.

But does this ultimately do anyone any harm? You might well say that the current nostalgia frenzy stifles creativity, saturating the music scene with bands that are looking backwards, not forwards, stagnating rather than growing. I myself am as guilty as anyone for feeding this frenzy. Last year I saw Primal Scream play their seminal album Screamadelica in full, with many of the songs on the album receiving their first live airings since the band laid them down in the studio.

Even the most die-hard fan of Primal Scream would have difficulty arguing that the band’s best years are not behind them. Although still very much active and recording, their last album wasn’t exactly devoured by critics. However, the Screamadelica show didn’t feel hollow or soulless. The sound of cash registers ringing was drowned out by a genuinely innovative live experience that felt fresh, despite the fact that most of the songs are now at least 20 years old.

It is for this reason that the prospect of the Stone Roses reunion fills me with tentative optimism rather than dread. At the press conference to announce the reformation, the four Stone Roses seemed less like dead-eyed has-beens, desperate to pay their tax bills, and more like four old mates who have finally remembered how much they loved messing about in a band together. A comparatively effusive John Squire spoke of how “we went from crying and laughing about the old days to writing songs in a heartbeat”.

Given this clear intent to look forwards rather than back, it is hard to dismiss the Stone Roses reunion as simply another shameless cash in. And with a debut album that is consistently voted one of the greatest of all time, even the most shambolic of half-hearted reunions is unlikely to damage their position as one of the most vital and influential bands of the past 25 years.