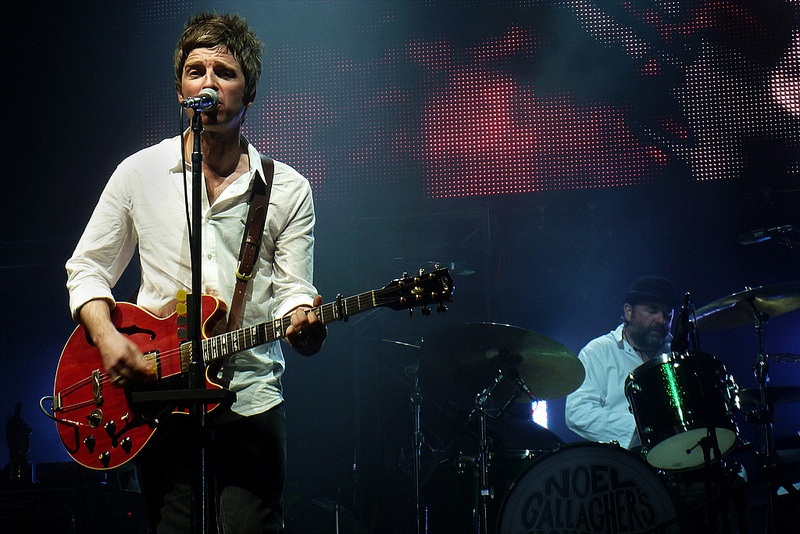 Noel; fighting to be the best Gallagher brother.

The one that I followed up: After covering the article two weeks ago on Pussy Riot Trio’s imprisonment, this week on NME news the case was furthered with Madonna now potentially facing trial in Russia for promoting gay rights on her recent tour. Handing out anti-homophobia wristbands to the audience, stripping to her bra to reveal the words ‘Pussy Riot’ and wearing a balaclava during ‘Like a virgin’, similar to those worn by the girl band. A senior Russian politician, Dmitry Rogozin tweeted (not a formal political speech; an actual tweet!) that she was a ‘moralising slut’ who should either ‘take off the cross, or put on pants’. I personally think she’s a brave girl who has always caused a great amount of controversy herself- it’s only right that she stands up with others who are doing the same.

The one that made me feel like a gossip columnist: Well it looks like Noel and Liam Gallagher have finally made up and put everything behind them… Joking. They’re still arguing like their own children, even at the age of 45. Maybe Noel is learning new insults from his children, in fact, with NME covering Noel’s ultimate comeback: ‘Liam’s like a squeaky toy that swears a lot… in a blazer’. I think it’s clear that maturity has definitely gone out the window, leaving two brothers who are desperately trying to out-sing each other.

The one that made me cry: ‘noo!’: Vernon Kay and Reggie Yates have both decided to leave BBC Radio 1 after contract extensions were put to them. My love for them obviously wasn’t enough to keep them on the program, as musicweek.com reported that the changes are coming in to play at the beginning of January, when Jameela Jamil will take over as the first ever solo female presenter of the Sunday Chart Show. Kay is leaving his nine and a half years on the show to spend more time with his young children, and Yates’ ten years is to finish in order to work on a new BBC 3 documentary series in addition to other new film projects.

The one that helped with my procrastination: Watch some of the winning videos that claimed prizes at the UK Music Video awards on the Guardian website. In the line-up were: a controversial MIA video for ‘Bad girls’, Lana Del Ray, Feist, Will Young and Justice.

The one I did not expect: The Guardian also uploaded a video of Jay-Z at the recent US elections where he reworked his notorious ’99 Problems’ for Obama’s campaign, to raise publicity and supporters in the crowd. Surely everyone knows the lyrics from when we were just youngsters, which was revamped by the rapper: “I’ve got 99 problems but Mitt ‘aint one”. Lucky it was the right amount of syllables… It obviously worked though- maybe the new version will catch on?

The one I did expect: The Daily Star have revealed the figure of a £15m loss for ITV in advertising slots with X-factor’s falling popularity. Simon Cowell’s TV program is said to be a an eight-year low, which, considering the judges’ opinion of ‘talent’ is very unsurprising. What used to be a novelty (and often successful in finding new, original musicians) is now just four people picking acts to stay in that will make a group of teenage girls drool.

Any thoughts on the headliners this week? Let us know what you’re thinking and leave us a comment…