The Bubble Playlist No. 27: Indietronica 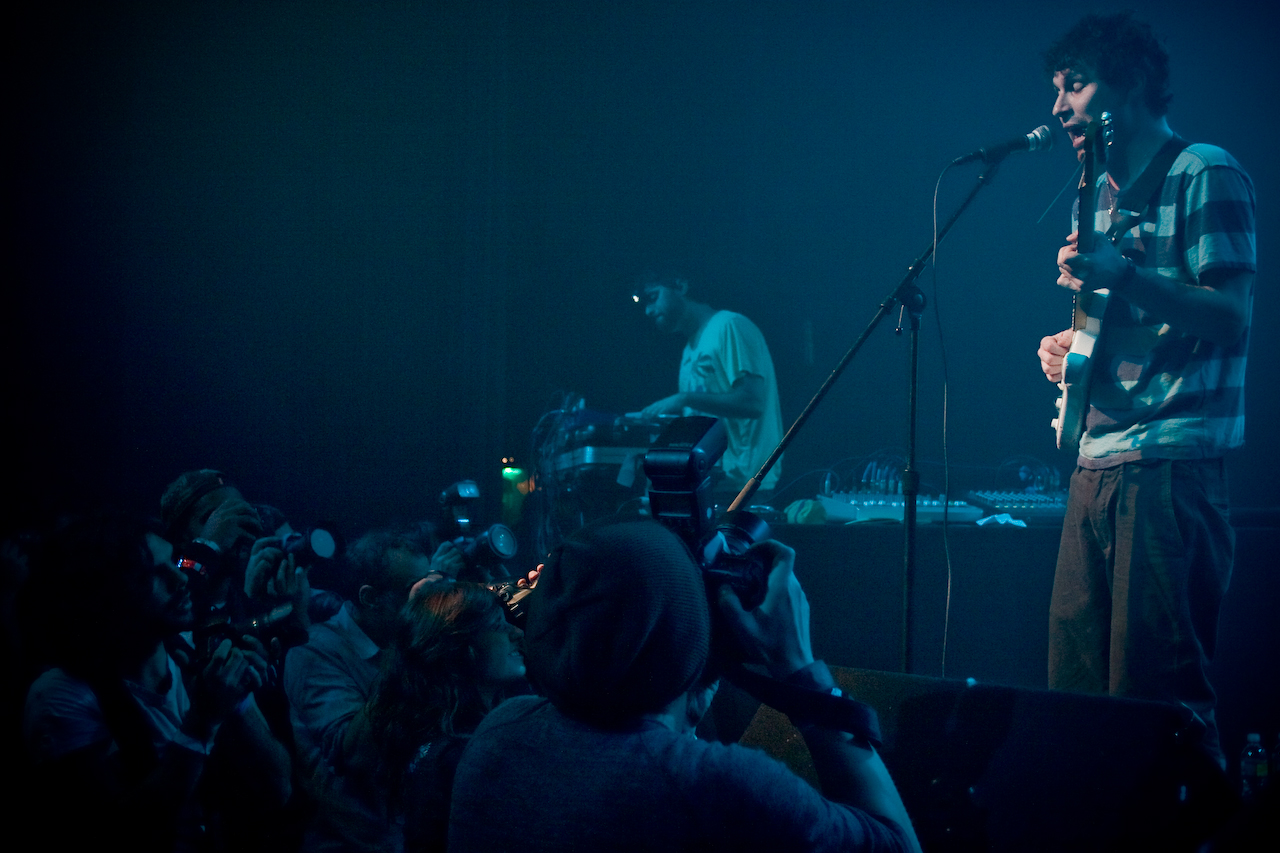 The number of possible genres in music seems to be getting potentially infinite and music classification in this way can sometimes be considered to be overly sub-divided and confusing. This is a valid complaint and ‘indietronica’ sounds like another contrived fusion between indie-rock and electronica. However, there is a distinct sound to this kind of music. It can also be used to describe quite a number of my favourite bands from the last twenty years. The genre originated in the UK and Germany in the 1990s and typically has very colourful and well-produced sounds formed by such instruments as electronic keyboards, synthesisers and drum machines. The fairly accessible nature of many of the sounds produced means that many artists of this genre have achieved a reasonably large degree of mainstream success. Some of the more familiar names in this genre probably include LCD Soundsystem, Justice, The Postal Service and Hot Chip, while other artists could be said to straddle the boundary between this genre and other similar ones.

The opening track from Hot Chip’s 2012 album ‘In Our Heads’, this song has an extremely enticing electronica vibe as well as obvious roots in indie rock. The track sounds crisp and glistens with well-produced instrumentation, on top of what is a very catchy and memorable vocal part. The initial ninety-second build draws you in such that when the vocals finally start the energy of the song is already pumped up to the max. “Motion Sickness” is a fun, upbeat, radio-friendly listen and includes diverse instrumentation and a lot of re-play value.

LCD Soundsystem- “All I Want”

“All I Want” is from LCD Soundsystem’s third, and apparently last, studio album ‘This Is Happening’. It has to be one of my favourite tracks from the album, along with “Dance Yrself Clean”, “I Can Change” and “Home”, due to the beautiful sliding guitar lines and meandering synthesiser progressions, which hang off the track like ornate decorations on a very substantial and well-planned Christmas tree. It has been compared many times to David Bowie’s hit single “Heroes” and, while the similarities are fairly obvious, it has unique qualities and the song very much can stand up proudly on its own merits. James Murphy’s vocals are as smooth as velvet and there are other, more subtle and intricate features to this track such as the intermittent background vocals, which add further to the character and appeal of this song.

The Knife- “You Take My Breath Away”

The Knife are the Swedish electronic music duo of Karin Dreijer Andersson (also known as Fever Ray for her solo music projects) and Olof Deijer. This song was released as a single in 2003 and comes from ‘Deep Cuts’, definitely their most musically accessible album to date. Andersson’s easily recognisable voice is as strong as ever, and she puts a lot of character and emotion into the performance. The chorus has a very infectious hook and the synthetics marry perfectly with the vocals to captivate the listener, even after repeat listens.

Metronomy really only broke out into the mainstream in 2011, with their Mercury Prize-nominated album ‘The English Riviera’. “The Look” is my favourite single from that album and mixes delicate vocals with sharp indietronica instrumentation. The song builds by adding in various parts of instrumentation, until the musical peak which occurs just before the three-minute mark. From this point, the track starts to wind down, but remains worth listening to until the last few seconds where the track is down to the same bare bones of instrumentation as it was in the beginning.

In recent years, Animal Collective have grown to become one of my favourite alternative rock bands, incorporating elements of neo-psychedelia , indie and art rock, noise pop as well as much unique experimentation and avant-garde tendencies. “For Reverend Green” is one of the songs I love most, from one of their most critically acclaimed albums, ‘Strawberry Jam’. The track quickly enters in with various layers of abrasive instrumentation before Panda Bear’s vocals pierce through to give a rich and emotional burst of energy to this six-and-a-half-minute long song. This tune features various yowls and vocal stretches, and when the main hook begins, it has a triumphant nature which carries the listener along with it.

R. Stevie Moore is an exceptional creator of music in so many ways. He has so far had a prolific career of over 40 years and in excess of 400 albums. He has been branded such things as a “lo-fi legend” and “the godfather of home recording” due to his immense dedication to his art despite a lack of mainstream success and the huge diversity of styles and musical genres which have been incorporated into his writing and recording. “Dutch Me” is a short song which sees Moore tread into electronic rock territory, with collaboration efforts from Ariel Pink. The glitchy pulse which rides through this song balances with both Ariel and RSM’s vocals to create a very enjoyable listening experience.

Daniel Victor Snaith, a.k.a. Caribou, is a composer and musician who in 2010 released ‘Swim’, his most successful album to date. The closing track on that album is “Jamelia”. As with a lot of songs of this style it starts off slowly and quietly but builds throughout to give a loud and dramatic climax. There is a lot of diverse instrumentation and synthesiser effects, which exist under quite eerie and desolate vocals, changing and experimenting as the song progresses.

The Postal Service- “Such Great Heights”

2003’s ‘Give Up’ is the debut and so far only studio album released by electronic music group, The Postal Service. The album got quite a bit of praise and “Such Great Heights” was a reasonably successful single. The song is a vibrant indietronica tune with soft and melodic vocals from singer Ben Gibbard (also of Death Cab for Cutie). The much-covered song has a very nice vibe to it and a gorgeous chorus hook.

This particular Justice track, from the album of the same name, has a nice, quick tempo and an infectious repeating vocal hook which carries the song along without too much effort. The driving instrumentation builds and changes up as the song progresses. This is a very pleasing indietronica tune, from a band who definitely have their toes in other musical waters as well, with influences of house and disco music being very prevalent throughout their artistic catalogue thus far.

Finally on this playlist is New Order, a band who sprouted from Joy Division in the early 1980s as an exciting new-wave, post-punk, alternative rock band. After a few very highly praised albums including ‘Power, Corruption & Lies’ and ‘Technique’, the band moved towards a slightly different sound, which included electronica tracks such as the soundtrack single “Here To Stay” in 2002. The tune is enjoyable, although not perhaps as great as some of their earlier classics, but the chorus is still very catchy and highlights the infectious vocals of Bernard Sumner.