Richard Wagner: The Highpoint of all Western Culture 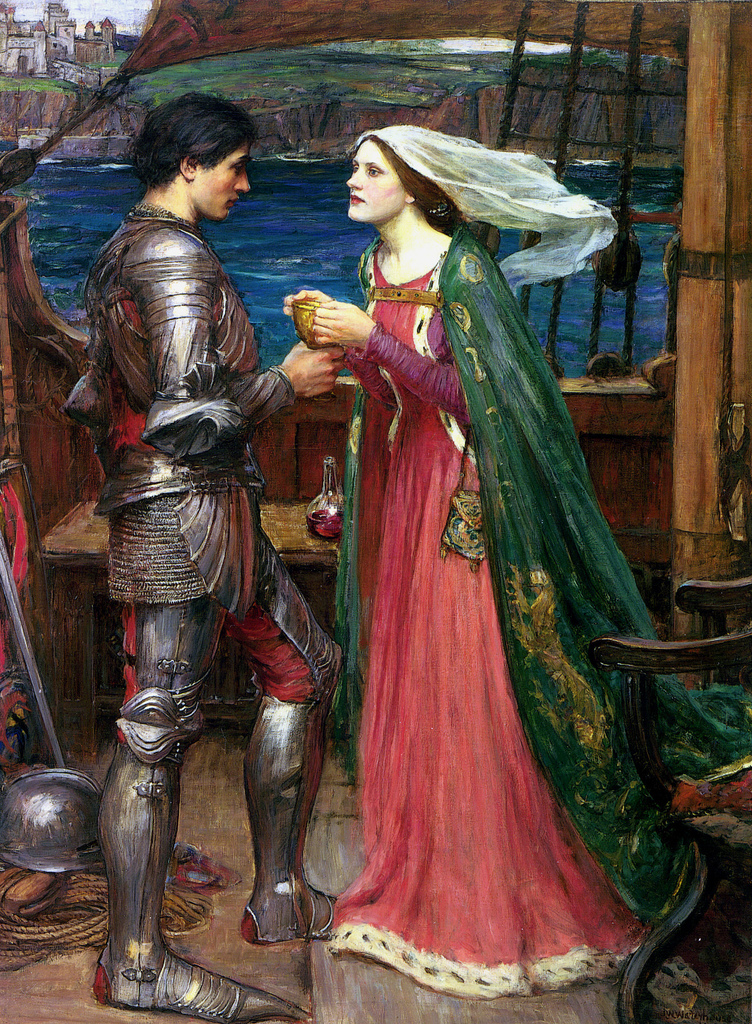 Tristan and Isolde sharing the potion

Many people hate Richard Wagner. He was, of course, Hitler’s favourite composer, anti-Semitic, unfaithful to his wife and incredibly arrogant. Yet in spite of all these criticisms, I truly believe he was the greatest artist the Western world has and ever will know. Indeed I believe history vindicates this claim based on the simple premise that all classical music before Wagner led up to and influenced his own style, and that all music after him was either an imitation or rejection of his operatic masterpiece, Tristan und Isolde. No other piece in the history of all Western art has caused such an impact. The other main feature of this remarkable work is its eroticism. I will try to argue that by portraying the fundamental human act of copulation, Tristan reaches the greatest heights possible by art. This article does not deny that it is controversial. Many musicians will disagree with my arguments, but I do not intend to belittle the accomplishments of other great composers. I do believe ultimately, however, that the Western world will never again experience the extraordinary power and emotion of Tristan und Isolde, and that sadly the highpoint of our culture has passed.

No composer influenced Wagner more than Beethoven. His first works (including a symphony) show a direct connection with the late composer. Perhaps this influence is best seen in the epic quality of Wagner’s music. The influence of another great opera composer, Meyerbeer, is also to be found in works such as Rienzi. The history of 19th century Western music largely focuses on two composers, Brahms and Wagner, both of whom felt the presence of Beethoven’s ghost in their music. Brahms would go on to continue Beethoven’s legacy by writing classical works, such as symphonies and chamber works, but with increasingly progressive forms and harmonies. It was Wagner though, who was truly radical.

Rather than simply continuing Beethoven’s legacy, Wagner sought to create his own. After his early works came a new style found in works such as The Flying Dutchman (1843), Tannhauser (1845), and Lohengrin (1850). We see the birth of Wagner’s fascination with myth and the use of the leitmotif, a short melody or harmony that represents a character, object or emotion. It was at this time that Wagner began to refer to his works as “music dramas” rather than operas. No one element was superior to others; music, words, scenery, acting, and stagecraft were blended together to heighten emotion. This was “Gesamtkunstwerk” – total artwork, a style which allowed him to create works that affected humans on almost every emotional level.

The last 30 years of Wagner’s life saw the completion of this true masterpieces including The Ring Cycle (1848–1874), Die Meistersinger (1868), and for me, the greatest Western work ever written: Tristan und Isolde (1865). It is not the technical elements of the work that interest me, however. There are, of course, some remarkable feats such as the truly awesome delay of the B major resolution in the final scene and the incredibly intricate and sophisticated use of leitmotifs, but I would argue that its power rests in its emotional capabilities.

The story of Tristan is based on a 13th century poem by Gottfried von Strassburg in which a knight is sent to accompany his king’s bride.Tricked into taking a love potion, the two characters secretly spend the night together in the king’s castle but are discovered. Tristan is wounded in an ensuing fight and is taken away to a nearby castle. He is fast approaching death and even Isolde’s entrance cannot save him. In her final aria, she speaks of him rising again, but the grief is too much and she dies next to him. It is therefore a tragic love story similar to many other great stories such as Romeo and Juliet. I believe it is a story capable of touching every human. Indeed we can all understand the extraordinary power of love and the emotions involved with losing a loved one. But rather than just representing love with pretty melodies, Wagner delves deeper into the human soul, into the realm of eroticism. It is at this point that this article may sadly turn facetious to some, but I genuinely believe the love scene between the two protagonists in the 2nd act is the greatest (and perhaps only) example of an orgasm in Western culture. It is truly a remarkable moment. Wagner builds up an expectation of resolution (the orgasm itself) with thrusting (yes, more sex) dominant 7th chords constantly repeated with more and more energy. It is a musical representation of sex, the greatest and most powerful human activity we can understand. And just as we expect (and demand for our own sanity!) that a resolution occur, Wagner disrupts the flow with the surprise entrance of the king coupled with an almighty diminished chord in the orchestra. There will never again be a piece of art that can stir such emotions in an audience. Perhaps I am a “primitivist”, too obsessed with base human instincts, but I do believe that our ability to comprehend emotions such as love and loss to such a high degree is what makes humans truly special and unique. Art that can represent these emotions (and even make us feel them ourselves) is truly special. I believe Tristan und Isolde stirs emotions more powerfully than any other example of Western art and I find it hard to imagine that any future art will be capable of doing the same.

Finally, a word about music after Wagner. There were of course the post-Wagnerians such as Mahler and Richard Strauss, and those who rejected his music such as Debussy and perhaps most importantly, Schoenberg. Wagner had pushed tonal music to its physical limits (indeed, I believe this is another reason why he is the greatest composer in history) and after him, there was nowhere for tonal music to go. The only solution, as composers such as Schoenberg and Stravinsky realised, was to venture into atonality – a clear rejection of Wagner’s music. My main argument is that all music after Wagner was clearly affected by him; he was adored or hated. Regardless of how you feel about him yourself, it is clear that anyone who is able to maintain such an influence over all music after them is surely very special. The film music of John Williams, for example, shows that Wagnerian art is still very much alive.

Art that does not focus on sex, love, or tragedy is, of course, worthy of our respect, but I will always stand behind my argument that Tristan stirs emotions within me that no other art on this planet has been able to achieve. Ultimately it allows us to appreciate our unique emotional abilities as humans. That is what makes Wagner so very special; that is why Tristan und Isolde is the highpoint of all Western culture.