It’s been a while since the release of their debut EP The Idles, but Big Sixes are well worth the wait. The boys (Charlie, Charles, Toby, and Joe) recently announced that their second EP The Idols will be released in May, through their own label Club Omega. Fans of Big Sixes know how much their musical integrity means to them, as the band walked away from a record deal upon deciding it wasn’t quite right for them. Releasing one song a month from the new EP until May, January brought ‘Swallowing Flies’, a revised version of one of the band’s very first songs, and February brings ‘Wonder’. ‘Wonder’ is a combination of elegant harmonies, subtle drums, and indie-rock undertones. Charlie’s vocals are unique and gritty, and the chorus (“Is it any wonder / that you’re louder than thunder?”) is so catchy you instantly find yourself unable to resist singing along.

Seafret released their debut album Tell Me It’s Real just last month, a collection of heartfelt folk songs. The dictionary definition of the duo’s name is a mist coming in off the sea, and an atmospheric blanket is what you feel when you listing to their music. ‘Atlantis’ and ‘Breathe’ are two of the album’s most evocative tracks; yearning, soft, and pensive. Jack Sedman’s vocals are, at the same time, strong and soothing. ‘Wildfire’ is set apart from the rest of the album slightly, feeling a little more elevated. Sedman’s vocals mesh perfectly with the acoustic guitar. This track has been released as a single, and is accompanied by a beautiful video which replicates psychologist Arthur Aron’s experiment, The Experimental Generation of Interpersonal Closeness, which sought to test if strangers could fall in love. The video gives us beautiful visuals of people’s expressions and reactions as they ask each other questions, and it fits wonderfully with the lyrics “we are bound to each other’s hearts.” Seafret’s music seems to be built on emotions, so their music video is an incredible way of conveying that. 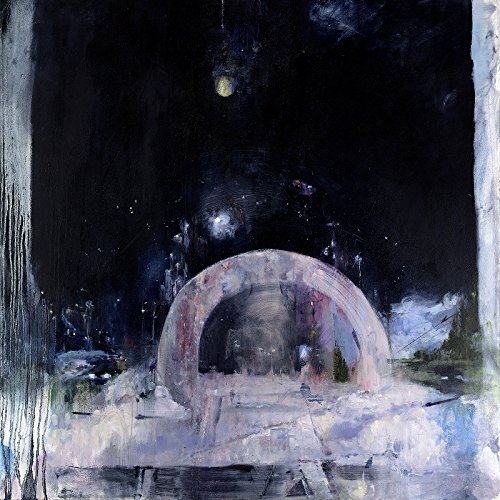 Not To Disappear album artwork.

When my best friend and I are having a down day we refer to it as a “Daughter day” as there’s no better soundtrack when you’re not feeling 100%. The band’s new album Not To Disappear is a solemn but satisfying journey, but the clear stand out track for me as well as many other critics is “No Care”. Slightly more upbeat (but by no means happy) than the other tracks, with a beautiful guitar riff, stronger beat than the other tracks and passionate lyrics. There is an ironic contrast of the lyrics being hostile and highly emotional but being spoke-sung in a throwaway fashion as if the band’s front woman Elena Tonro has truly had enough of putting up with a manipulative lover and is beginning to feel disgusted with herself. Even if the listener hasn’t been in a similar situation the song still feels easy to relate to, as if everything’s got so awful you give up caring.

“Honey” is the third track (after “Turn the Music Louder (Rumble)” and “Calm Down” and preceding “Who Am I”) to be released from Katy B’s upcoming third studio album which boasts an incredible variety of collaborative artists, from Craig David to Four Tet. “Honey” is an extremely sensual track with beautiful, jazzy harmonies and sweetly purred lyrics over a synthesiser playing an ostinato falling pattern and a kicking drum pad beat. It’s an extremely laid back and warm track which is perfect for relaxing to rather than being played in clubs.