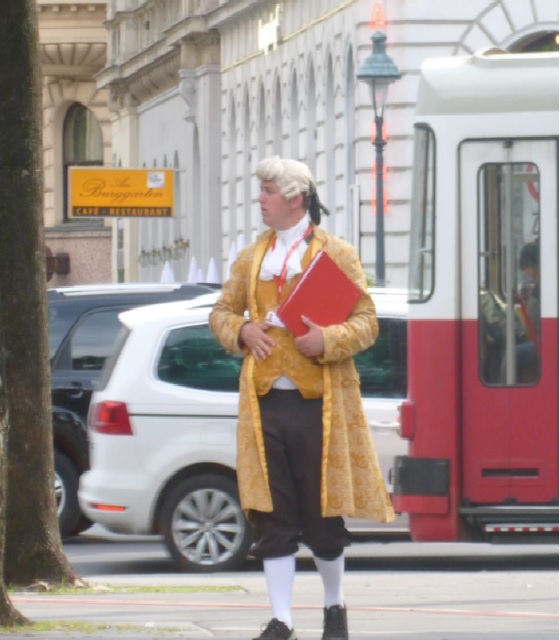 Vienna: the great musical city of the Western classical tradition. Home to the “First Viennese School” of composers – Mozart, Haydn, Beethoven and Schubert – and the “Second Viennese School”, comprising of Schoenberg, Berg and Webern. I was fortunate enough to make a trip to Vienna last week, and was interested to discover the ways in which music features in the life of the Austrian capital today.

The most striking aspect, on the surface, was the sheer preponderance of Mozart. Mozart was everywhere. Men dressed up as Mozart could be seen at every tourist destination, trying to sell tickets for the Vienna Mozart Orchestra’s regular concerts. Accordionists busking in the streets played Mozart. The tourist shops were called ‘Mostly Mozart’, featuring images of the composer as their logo and selling Mozart chocolates in all shapes and sizes. Indeed, Mozart appears to exert a considerable influence on Vienna’s confectionary: one famous coffeehouse is entitled ‘Café Mozart’, and the ‘Mozart torte’ is a Viennese speciality (it’s good).

Mozart is also paid tribute to in historical monuments and museums. A huge, ornate statue of the composer can be found just outside the Hofburg Palace complex, and the apartment block where Mozart lived from 1784 to 1787 has been turned into a museum, Mozarthaus. The museum displays information about and artefacts from Mozart’s time in Vienna, as well as a multimedia portrayal of excerpts from ‘The Magic Flute’ and a tour of the rooms where Mozart and his family lived. Disappointingly, however, the rooms hadn’t been reconstructed or furnished to show what they might have looked like in Mozart’s time.

It seemed that the majority of Vienna’s concert programmes were also dominated by Mozart, but admittedly, these were to cater for the tourist market. I attended a concert by the Mozart Ensemble in an old chamber where Mozart used to perform (described as the ‘oldest concert hall in Vienna’, and seating about 50 people), and another concert in the Golden Hall of the Musikverein which consisted entirely of Mozart favourites. The Vienna Mozart Orchestra was apparently recreating the “Musical Academies” of the 18th century: concerts in which only popular movements and arias were performed. Unsurprisingly, the 1st movement of Eine kleine Nachtmusik and Figaro’s aria Non più andrai made an appearance. 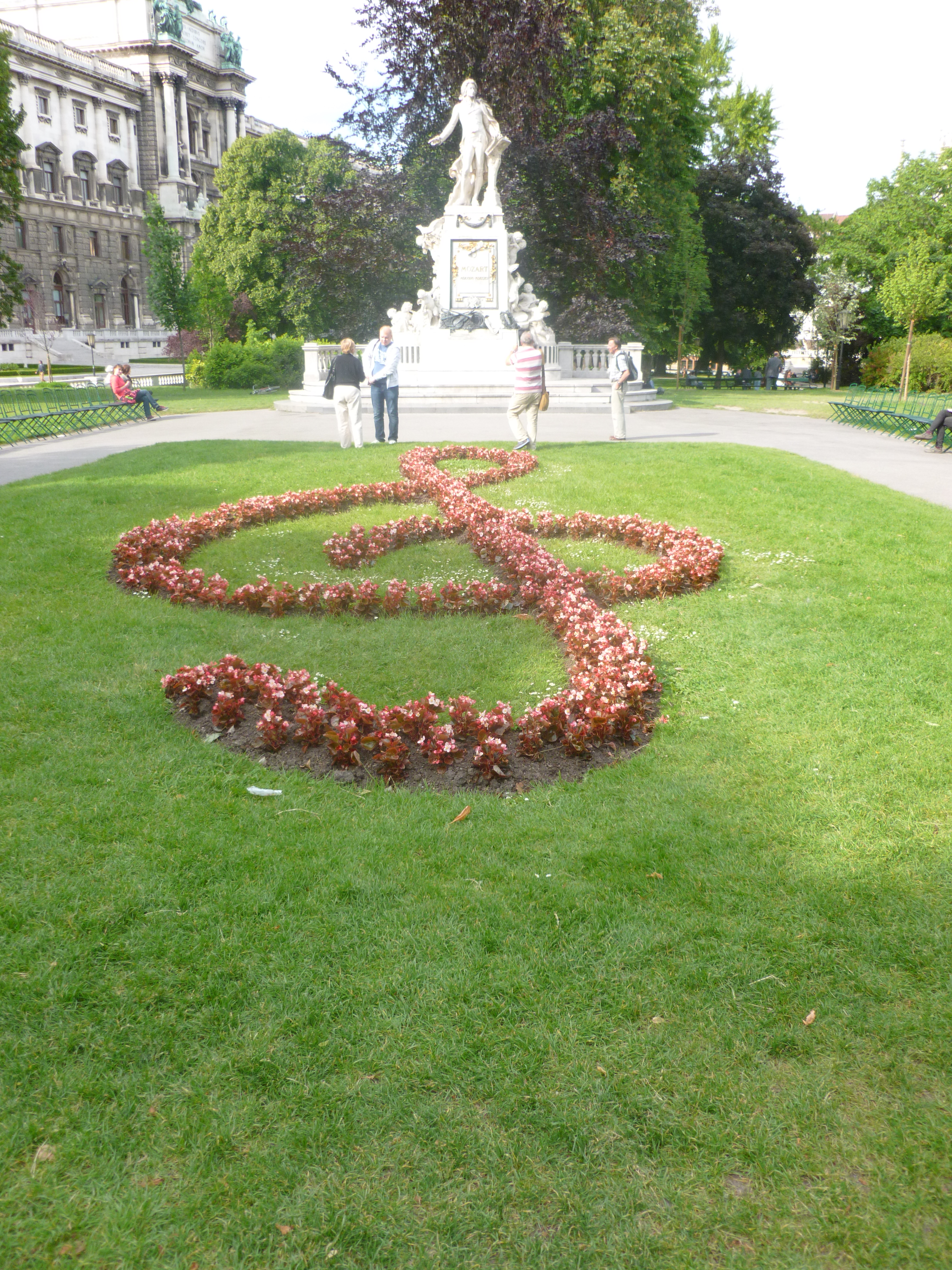 But what about the other great composers of Vienna? It’s hardly surprising that the Second Viennese School doesn’t get a look-in, not being mainstream classical composers and unlikely to be known by tourists, but I expected Beethoven, Schubert and Strauss to feature far more prominently in the day-to-day musical activities of the city. There are statues of these composers in Vienna’s parks, and apartments where Beethoven and Schubert used to live are open to the public, but these are promoted far less than Mozart’s equivalents. Mozart’s statue, for example, is given special prominence, in its own gated garden and accompanied by a flower display in the shape of a treble clef. I didn’t hear any Beethoven at all during my visit; the only Strauss I heard was (as to be expected) the Blue Danube Waltz and Radetzky March played as the encore to the Vienna Mozart Orchestra’s concert. It was a shame, too, that Schubert wasn’t made reference to in the coffee houses, him being the composer known for frequenting these hallmarks of Viennese life.

Clearly, Mozart was chosen as “the composer of Vienna” for purely commercial reasons, and the Viennese exploit him for all he’s worth. But I’m not saying that’s necessarily a bad thing: the Viennese seem to derive much pleasure and fun from their Mozart antics. The performers from the Mozart Ensemble and the Vienna Mozart Orchestra were dressed in full period costume, and they played with such enthusiasm and exuberance that it was impossible not to enjoy their concerts. The first violinist of the Mozart Ensemble played with such exaggerated expression and movement that he constantly looked as though he was about to fall off his chair – but the performance was still sincere. It seems that the Viennese enjoy their music-making in other spheres as well: I saw the ballet ‘Don Quixote’ at the State Opera House and was lucky enough to be sitting three rows back from the orchestra, with full view of the horn players and harpists. They were joking with each other throughout the performance, and interacted with the audience at salient moments, which made the experience even more enjoyable.

There was definitely a sombre and serious aspect to music in Vienna, though, which became clear in the various churches I visited. In Karlskirche, the organist and a soprano happened to rehearsing for that evening’s concert. Bach featured heavily, as well as Franck’s Panis Angelicus. A concert in Annakirche, given by a student string quartet, included works by Boccherini and Puccini, and was obviously not intended to be a light-hearted affair. I was also particularly struck by the sound-world of the cathedral bells. At certain times of the day they rang in a continuous, drone-like fashion (all at the same pitch and merging into each other), which sounded eerie and mysterious. This was particularly effective when it accompanied a religious procession that was taking place outside the cathedral one morning. 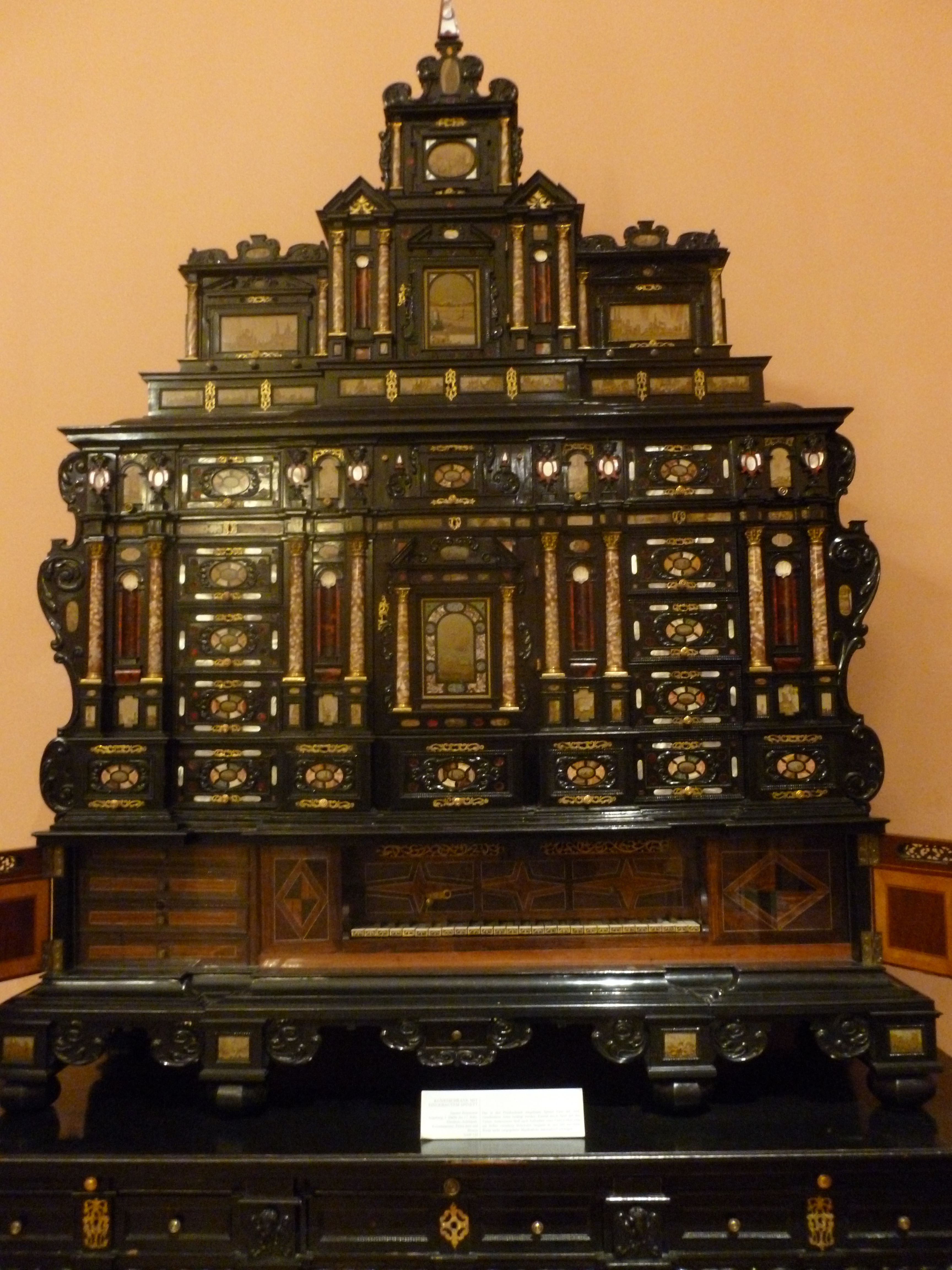 Vienna also boasts a number of instrument collections and showrooms. The Sammlung alter Musikinstrumente, found in one of the beautiful buildings of the old Hofburg Palace, contains a collection of historical string, wind, and keyboard instruments dating from about 1600 to 1960. I was taken aback by the elaborate and exquisitely ornate decorations on some of the Baroque harpsichords and organs. There was also a fascinating exhibition about Orientalism in the Museum of Ethnology, which displayed some Asian instruments that had connections with Vienna. Here was proof that Vienna is not only about classical music. One exhibit told of the Austrian born composer Linda Bandara-Hofland, whose Javanese-inspired composition ‘Rural Impressions’ was performed by the Vienna Philharmonic, in the Musikverein, in 1922.

So, my overall impression of musical life in Vienna today? I have to conclude that there was too much Mozart and not enough of the other great Viennese composers, but, in all fairness, this was obviously intended for the mass market tourists. Vienna does contain a much richer and more interesting musical life and heritage if you delve a little deeper.