Mercurial Reaction As Ever To The Vague Prize 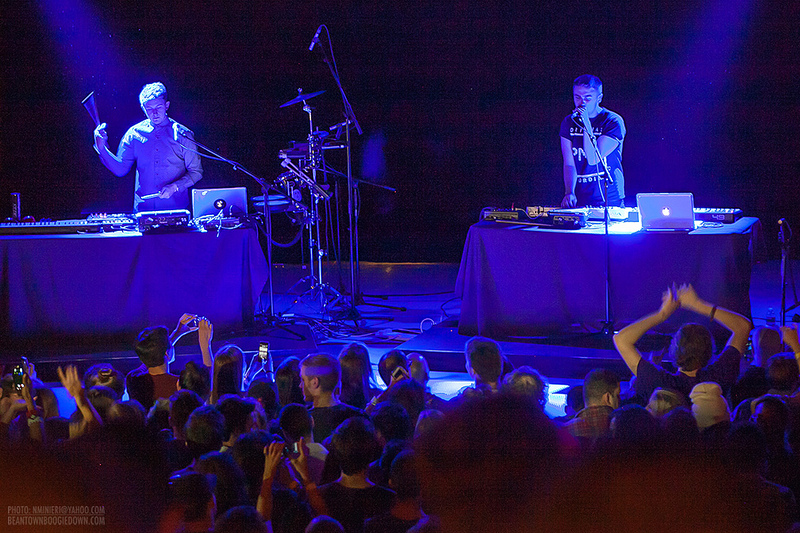 Disclosure are one of the favourites for this year’s prize

This year, as normal, the make-up of the Mercury Prize shortlist has been scrutinised and criticised by music fans. The biggest name on the list is undoubtedly the Arctic Monkeys with new album AM, released just two days before the announcement of the shortlist. It’s a strong, coherent new direction for the Sheffield boys. The band won in 2006 with Whatever People Say I Am, That’s What I’m Not and were shortlisted the following year for Favourite Worst Nightmare. Laura Marling is also a Mercury old hand, nominated for the third time this year, and hoping for third time lucky, with Once I Was an Eagle.

Jake Bugg is nominated for his self-titled album, in which the spirit of nihilistic teenage rebellion is mixed with a Dylan-esque voice. At the other end of the age spectrum David Bowie is nominated for The Next Day. Savages’ punky, menacing Silence Yourself sounds like it is perpetually on the edge of anarchy; a far cry from Villagers’ relatively calm Awayland. The most hipster-lite band on the list is Foals with their third album Holy Fire, after a previous nomination in 2010.

There is some welcome variation from all the guitars. In Sing to the Moon, Laura Mvula makes beautifully nostalgic music adept at communicating the intricacies of joy or despair. James Blake is shortlisted for his second album, Overgrown, just as he was for his self-titled first. Blake strives to unnerve us with his melancholic, jarring electronic noises as he stretches the boundaries of what can be termed dance music. The experimental Jon Hopkins is the wildcard.

Home by Rudimental is a mixture of drum‘n’bass, house, jazz, pop and soul. Settle by Disclosure (my personal favourite) is of a similar vein but a cut above, blurring multiple hitherto outdated subgenres into something warm, bubbly and current. In the wake of dubstep and post-dubstep, an updated form of commercially viable deep house has taken root in popular music, just as at home on Ministry of Sound compilations as at Reading and Leeds.

One of the main criticisms of this year’s list is that it is ‘predictable’. The Mercury Prize shortlist is meant to represent the best albums over the past year. If that list is unpredictable, it means some of the albums on the list were not expected to be there and have replaced the ones expected to be there; replacing the albums people think are the best over the past year. Do those calling for less predictability think that some ‘unexpected’ albums warrant being on the list? Probably. However there is also a desire for the little guy to win against the big dogs, for the award to favour smaller bands. The only information the Mercury Prize gives about the criteria for judging the albums is that “The music on the album is the only thing taken into account”, so it is not clear whether the judges should favour smaller acts.

The albums they generally choose for the shortlist and as a winner are in the murky crossover between mainstream/commercialised/mass market music and ground-breaking/artistic/original music. For those who instinctively see mainstream music and music-as-an-art-form as exclusive concepts, an award given to an album which has reached the chart will always be a sell-out. Others argue it overlooks obvious deserving choices in favour of obscure options. Last year’s shortlist was named the “most obscure” in recent history (surprising given that it featured Plan B, Ben Howard, The Maccabees, Lianne La Havas and Jessie Ware). Through its simple but open-ended mission, each year the Mercury Prize tries to avoid but is in reality forced to confront what is perhaps an existential question about art: is art debased by seeking a mass, commercial audience?

The types of music which receive nominations and win also raises hackles because there are no guidelines about the genres of music which should be chosen and in what proportion. The dominant genre is the Radio 2 and Radio 6-firendly music: inoffensive indie. Beyond that there are normally nominations for R’n’B, hip-hop, electronic music and pop. There is the odd less popular genre thrown in – classical or jazz acts – although as Guardian journalist Alexis Petridis has pointed out, this seems “desperately tokenist. One argument is that the more outré fringes of music should be satisfied with a nomination and the attendant publicity. This argument seems to rest on the fantastically patronising assumption that modern classical composers and jazz artists are musical bumpkins, dazzled by the bright lights and cameras.” Either the judges should incorporate these genres fully or just ditch them.

Another issue surrounding the prize is whether it should be in some way a representation of British society, or at least of Britain’s music scene in the year in which it is awarded. Telegraph music critic Neil McCormick, commenting on last year’s award, lamented Alt J’s win, saying they “weren’t deemed such a sure shot because they have stormed the balustrades of youth culture in 2012, made music that shook the nation, ripped up the charts and sent fans and critics into a frenzy at their dizzying invention and emotional heft.” Instead, they “ticked the boxes of an award that favours the kind of cerebral, arty, scruffily independent music that serious music cognoscenti admire but fewer and fewer people actually buy.” The Mercury Prize struggles to persuade that it is possible to judge music without reference to contemporary trends. It tries to avoid answering another great question of art: to what extent can its meaning and value be separated from its cultural and social context?

In short, no-one is quite sure what the award stands for, so critics imagine it to be the exact award they want then berate it for not being that award. Making public a more detailed criteria for judging, and perhaps setting out some limitations on genre and sales would help the prize understand what exactly it signifies.

Although of course removing the ambiguity would remove many of the arguments, which is part of the fun of it really.

David Bowie – The Next Day

Laura Marling – Once I Was an Eagle

Laura Mvula – Sing to the Moon