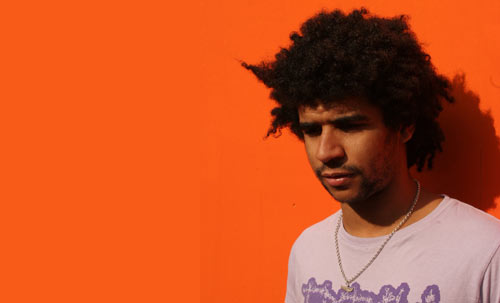 Many dance and clubbing publications have agreed that 2011 was somewhat of a renaissance for house music. Maybe this is why Pete Tong, when describing the Ibiza season this year in The Independent, stated it was “like someone pressed the loudness button, it was the biggest season I can ever remember.” Assuming he isn’t suffering from memory loss, which isn’t an unreasonable suggestion seeing as he has been frequenting Ibiza every year since the year I was born (1991), this is noteworthy praise from the Radio 1 stalwart. What is more impressive though, is the impact the UK has had on the worldwide scene. What the online music publication The Quietus has described as an “ongoing dissolution of dubstep, grime, house, techno and funky into something of a catch-all bass music stew” is a quintessential part of the success in putting the UK underground back on the map. Indeed, Pete Tong notes how “the new wave of the underground is so dominated by the English, there’s a major contribution from the UK…And, after years of the Germans leading the way on the underground, it was good to see the English coming back.”

This is perhaps best characterised by the success of young Bristolian Julio Bashmore’s anthem, ‘Battle for Middle You.’ Bristol is no longer a hotbed for new music but more of a ‘viscous volcano,’ according to online music blog Moda. Bashmore, it appears, is central to this volcanic effect. Bagging Mixmag’s top tune of the year for ‘defining the new hybrid of house and bass music,’ and coming in at No. 3 on Resident Advisor’s ‘Top 50 tracks of 2011’ feature is a remarkable achievement. The latter feature explains how ‘if you’re gonna sample lines like “People get up / Stomp your feet / Let’s get down,” you better make sure that the dance floor does as such.’ And it seems it does. Even across the pond this track is getting its props. San Francisco based publication XLR8R also has it at No. 1 in its best of 2011 tracks feature. The way the thick elastic bass-lines reside below the mesmerising melodies and warped sounding synth stabs means the track “just feels big. It demands your attention and calls you—and everyone you know—to the dancefloor. ‘Let’s get down,’ indeed.”

We can look at the UK scene’s success from another angle by looking at the rise of East London’s Jamie Jones from underground house hero to global phenomenon. He has come a long way since his entry into making beats on Playstation game ‘Music 2000.’ Coming in at No. 1 on the Resident Advisor’s top DJ poll was the result of his label’s sound becoming the sound of clubland this year. This left Resident Advisor with a simple equation. The hottest tracks + the most gigs = the #1 DJ of 2011. It seems he was the world’s most wanted and the fact that he obliged to performing 142 gigs meant he was the most ubiquitous DJ this year. “I can have the flu and be sleep deprived, but as soon as I get behind those decks it’s like a switch flips on and I’m fine,” he says in his Mixmag stars of the year feature. Jamie explains how his crew are “about enjoying quality music, having fun with your friends and living and breathing the party and the music together.” This ethos seems to have struck a chord with ravers everywhere. His label’s New Year ’s Day event sold out within two hours, a testament to his popularity.

Another artist to have been propelled to stardom from humble beginnings messing about on old computer programs is Maya Jane Coles. Surrounded by different styles growing up, she feels she came into her own when she started partying and discovered underground house music. The London based artist’s deep house track ‘What They Say’ thrust her into the limelight and earned her widespread acclaim. From coming in at No. 9 on Resident Advisor’s top DJ poll to being voted Best British Producer in DJ Mag, it has been a colossal year for the 23 year old. Her lauded essential mix for the BBC contained a huge track by another Bristolian obsessed with bass. Eats Everything’ was dubbed as one to watch by Mixmag and his track ‘Entrance Song’ emerged as a summer anthem, which resulted in it being awarded an essential contender for Pete Tong’s Essential New Tune. Losing out to Jamie Jones’ remix of ‘Hungry For the Power’ by Azari & III is nothing to be ashamed of.

Being a northerner, I feel compelled to mention an artist based North. Miguel Campbell, who hails from Leeds, joined Jamie Jones’ Hot Creations team in 2010 and put out the track ‘Something Special’ on their imprint this year. The infectious vocal claims ‘there’s a look that’s in your eyes that can only be described as so amazing.’ And that’s the best way to describe this tune, with it deservedly getting recognition in both the Mixmag and Resident Advisor best of 2011 lists. Many of the artists are trying their utmost to avoid being pigeon-holed into a specific genre, preferring to be able to experiment with whatever they fancy. Maya Jane Coles makes this abundantly clear by stating ‘Don’t Put Me in Your Box’ in the title for her recent EP. As a result, much of the UK underground output is hard to classify. So many sounds and styles, old and new, come together to form beats that are consistently fresh. This has perhaps been at the heart of the resurgence this year and with none of the above artists resting on their laurels, 2012 could be even more special than the year just gone. Now just to graduate and head off to DC10 in Ibiza for the summer…