Foals had an amazing end to 2015, and my God don’t they know it. Not only was recent album What Went Down ranked at an impressive eight on NME’s Best Albums of 2015, next to an abundance of other album’s with critical acclaim, but also the band were preparing themselves for their first UK arena tour of their career.

The Manchester gig was the second of their five dates, and the anticipation had been building for me as I read yet another adoring review of What Went Down or heard another anecdote about their brazen live presence. Since the indie-infused ‘Antidote’ days of 2008, the boys’ musical sound has evolved to say the least, and the thrashing guitar riffs of opening song “Snake Oil” refused to let you forget it. The comparisons between old and new were inescapable, as frontman Yannis Philippakis reminded us just how far they had come in these nine years since their first Manchester performance at Night and Day; a tiny live music treasure in the Northern Quarter of the city. 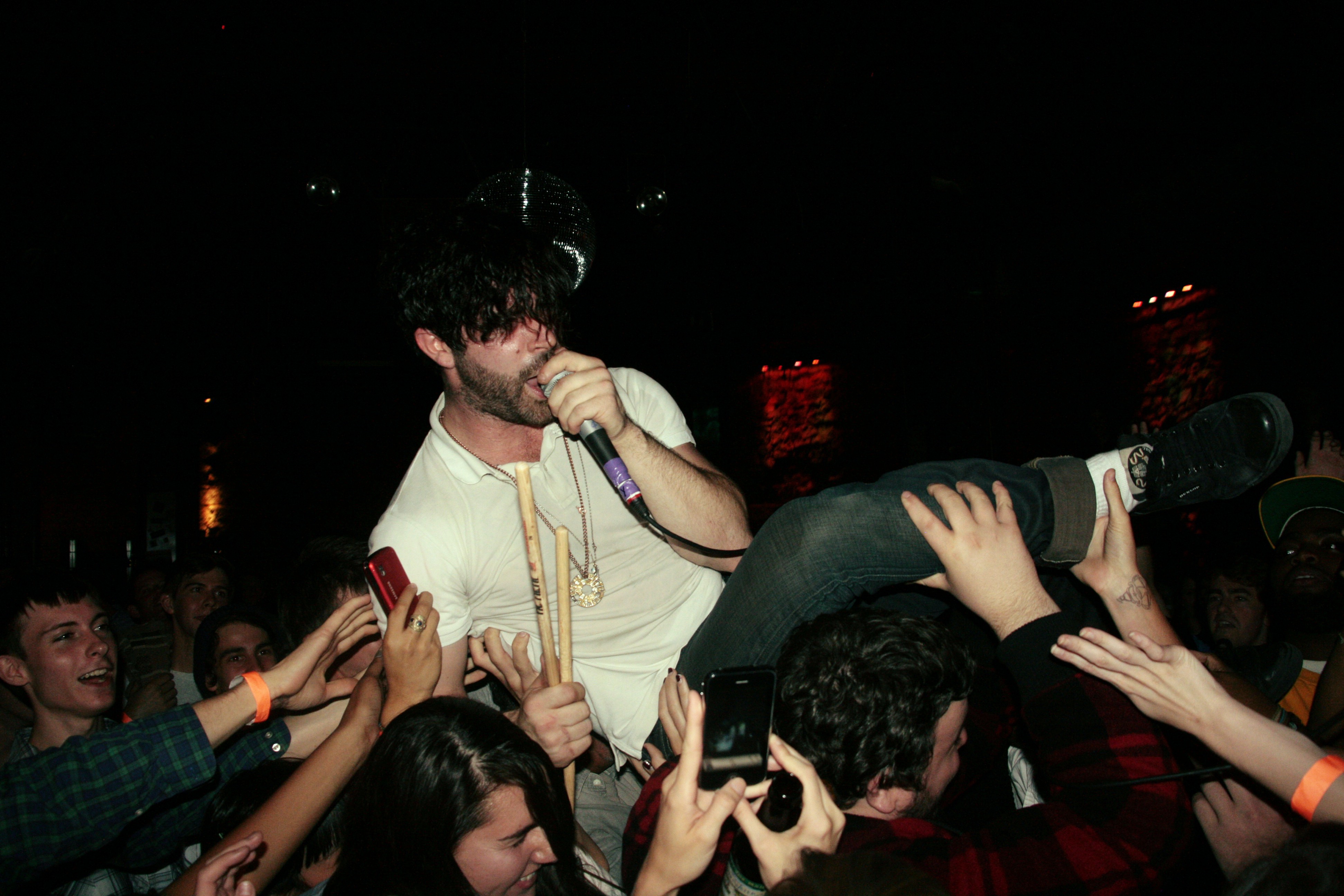 This was followed with Olympic Airways, showing that the boys haven’t completely abandoned their past. Their gradual climb to success has evidently allowed them time to obtain an adoring fan-base, as lyrics were bellowed throughout, whether they were playing older tunes such as “My Number” and Total Life Forever anthem “Blue Blood”, or more recent singles “Give It All” and “Mountain At My Gates”. The later ignited even more energy within the crowd, (not that it was required), following Philippakis comment that the song was inspired by Madchester; clearly, he knows how to work a crowd.

Even the visuals reflected the band’s new rock-direction, with a no thrills set design. On stage were the only things a band as musically talented as this one needs to deliver an astonishing show; their instruments, and the boys themselves (albeit assisted by a pretty impressive light show).

“Providence” saw Yannis screaming that he was “an animal just like you” much to the enjoyment and affinity of the crowd, as the constantly changing tempo of the gig succeeded in retaining their interest throughout. Before, once again, their eclectic ability was demonstrated as the band slowed down the whole pace of the show for indie-anthem and fan-favourite “Spanish Sahara” which saw the whole arena swaying to the point that I wouldn’t be surprised if the boys started to feel a little sea sick up on stage.

“Inhaler” was the final song before the encore, which went on to deliver a trio of “London Thunder”, “What Went Down” and “Two Steps Twice” to end the show. As the gig reached its climax, a mosh pit swallowed up what seemed like the whole of the standing section of the arena.

A band as hyped as this one has been lately runs the risk of either getting too big for their boots or (even worse), not living up to it. But, fronted with Yannis’ unapologetic bravado and the musical talent to match, show after show, Foals are doing nothing if not justifying their place at the top. This is a live performance not to be missed. Catch them this summer as they take the stage for their debut headline performance at Reading and Leeds Festivals; a stark contrast to the tiny, but packed out tents they played to last year during their secret set.

Mountain at My Gates

A Knife In the Ocean