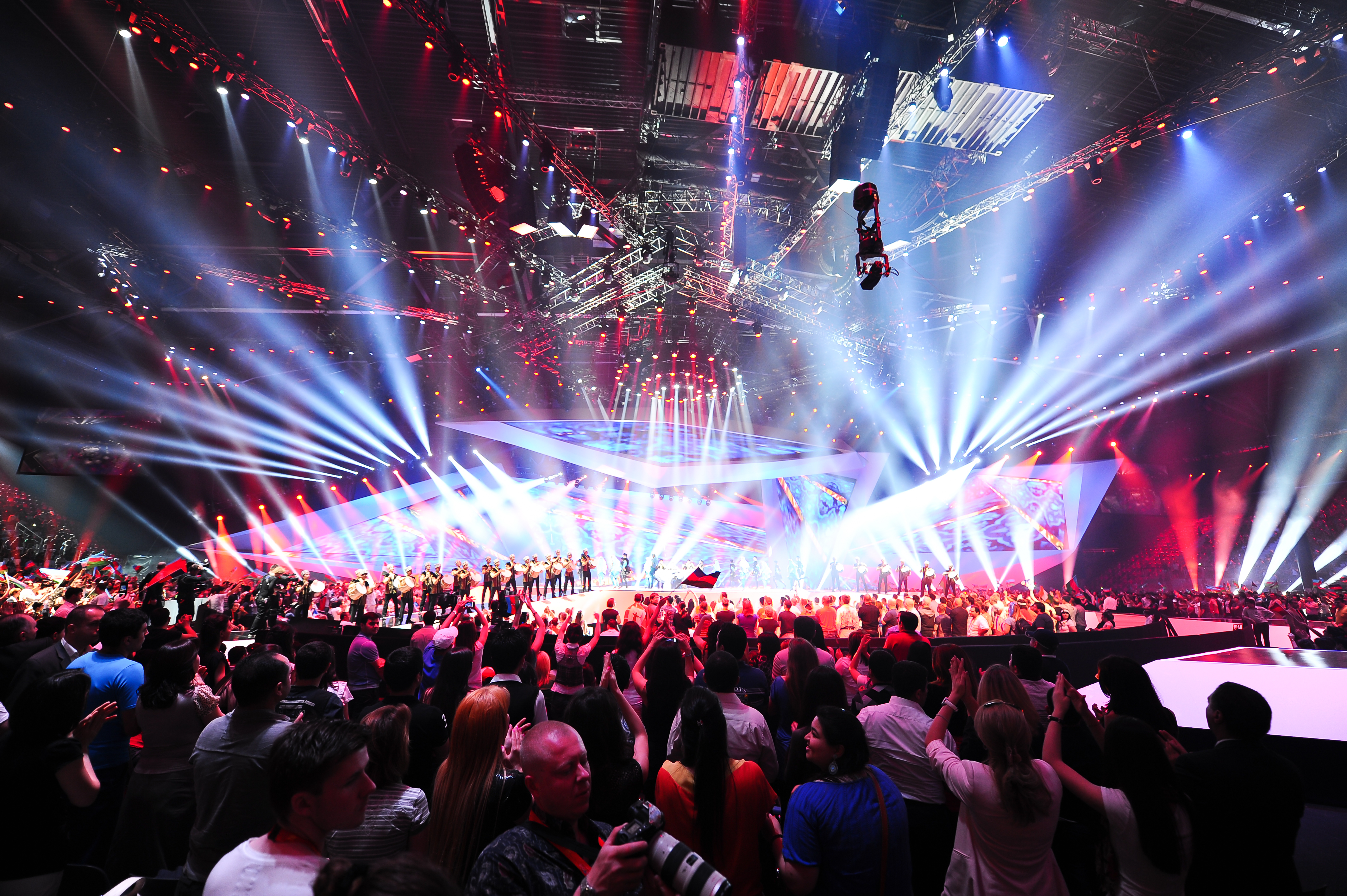 Bring on the falsetto Dracula

Welcome to Eurovision, a competition that brings the whole of Europe together, East and West, that encourages national identity, solidarity and pride in an event that displays so much talent, skill and creativity…

Or not. Well, the bit about creativity might be correct, but most British spectators consider the show void of talent. Many of the singers think belting it out means they’re good singers, and the songs either have more than a hint of familiarity in them (ahem Germany, did you take inspiration from any recent chart hits?) or are tonally all over the place. Yet, each year the public watch the horrifically dressed characters on stage open-mouthed because of the outrageous fashion choices rather than the talented singers. From the growing, fiery dress of Moldova to the Greek version of kilts our eyes were declined a break even in this year’s rather more subdued costumed Eurovision. However, many countries did conform on one fashion choice, and that was with their eyebrows. Yes, their eyebrows. Europe seems to have been following this season’s fashion advice for big, bold eyebrows this spring and if you don’t believe me just type in ‘Armenia Eurovision 2013’ into Google Images and you’ll see for yourself. Even Italy, with their stereotypically handsome men did not escape from this absurd trend, with the brow dominating what would have otherwise been a perfectly decent visage.

Phew, at least Britain escaped from that. And somehow managed to escape from last place (a respectable 19th place with 23 points) in a competition that often leaves Britain feeling like a lonely island (only Lonely Island has a boat and is sailing on it, whilst Britain’s naval power was lost way back when we actually had an empire). Britain’s Bonnie Tyler, bless her she did try, wasn’t really a show stopper and was more suited to a substandard guest performance on X-factor. Her black dress couldn’t match the sparkling creations that had already lit up the stage, her ‘Believe in Me’ belter couldn’t really match the surprisingly high range of the male Romanian Dracula and the irreversible effects of age couldn’t win against the cute, young girl from Denmark. Bonnie Tyler found herself a far cry away from her heyday. But, it has to be said that the best songs or singers never win anyway and let’s face it, the whole competition is more like a farcical popularity contest…Cyprus’ twelve points will always go to Greece and oh watch out we’ve got some Eastern Bloc voting…Drink! The only friend we can rely on is good, old Ireland who, unfortunately, ended up last with a measly five points.But the typical voting patterns were to be expected. What I had expected and then was disappointed by, was the variety in the performances, some were incredibly dull. In fact, the Netherlands’ performance was so dull the only reason I remember it was because it was the dullest one I had seen (apologies to the Dutch, it’s nothing personal). We were certainly woken up by the poor diction of the Finnish, after France and Lithuania’s metaphorically and literally, leathery performances. The Finnish appeared to be swearing at us repeatedly, rather than saying ‘for you’, though the audience seemed to find the song rather catchy and loved the kiss at the end. On the other hand, weren’t we all impressed by the man in the box from Azerbaijan? A rather needless piece of interpretive dance but, nevertheless, creative, it was probably the most visually interesting performance of the night. We were promised Romanian vampires and Ukrainian giants, but the giant only graced our screens for a few seconds and to be honest it took a while to figure out that the Romanian was dressed as a vampire and those weren’t naked men (and ooh is that a naked woman?) dancing on-screen.

And if we thought things couldn’t get weirder, oh, we were very wrong. Sweden pulled out all the strangest stops with their final performance when their host, Petra Mede, transformed into a singer (for Eurovision standards anyway) who didn’t really fancy wearing a bra that night- come on girls we all have those sorts of nights… just not normally when you’re on stage and on live television. She celebrated all the achievements of Sweden from their famous big brands such as H&M to bands such as Abba and poked fun at Swedish stereotypes. But really, the performance got a bit too explicit for our conservative British minds to handle – wait was that a prostitute dancing in a human-sized glass of milk?

But, you know what? In the end it was all OK. It’s Eurovision, without the eccentric costume choices, the unbelievably smiley performers (oh Malta you were just so happy!), the predictable casting of votes, the sarcastic voice-overs and the failure of Britain even reaching the top ten, it would not be the annual event we love to hate and yet enjoy. It gathers old and young alike to have a good old drink and relax in the pub or in this case, Cuth’s bar. What a joyful (euro)revision break!