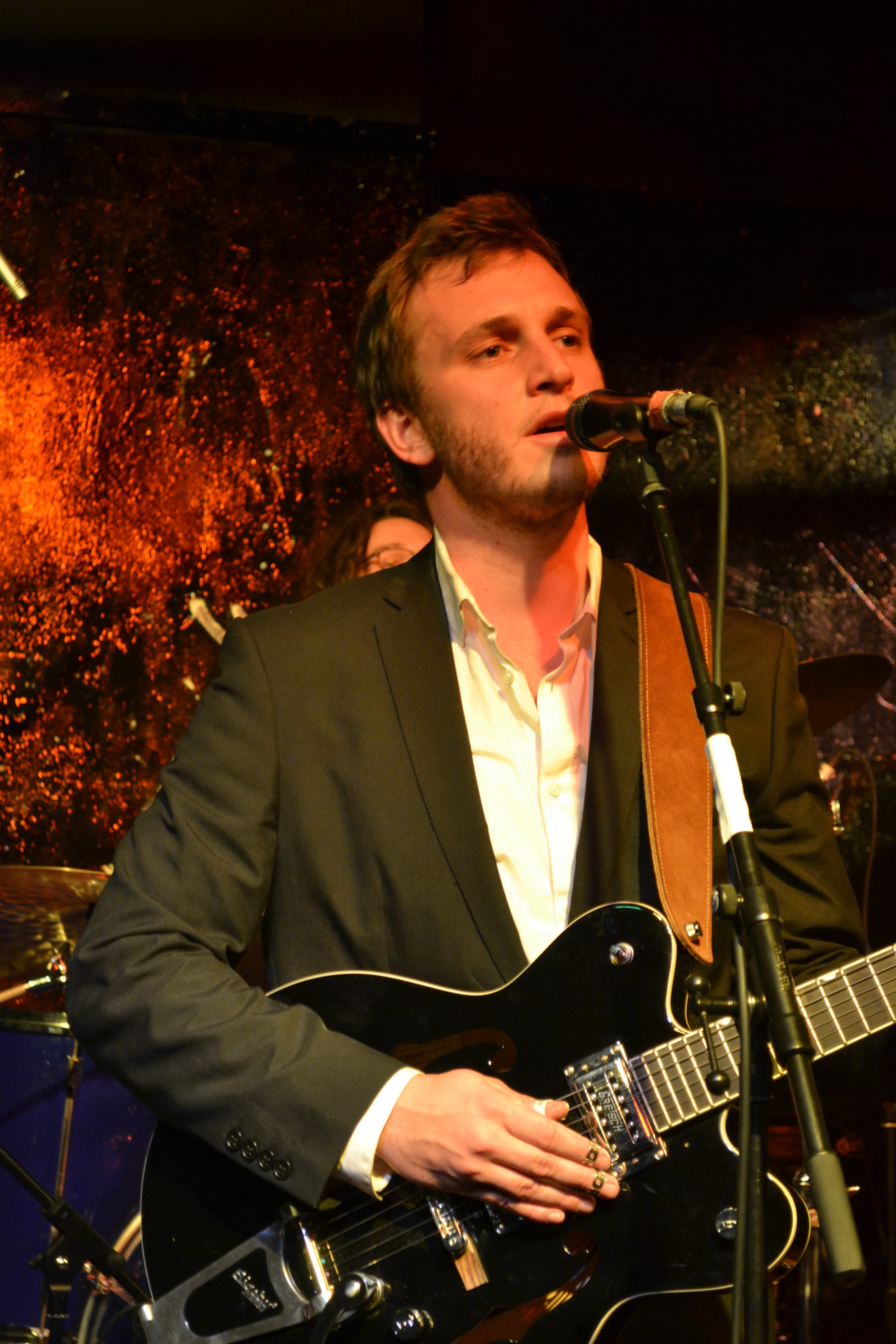 Monday morning of the Queen’s Diamond Jubilee weekend and I’ve just wolfed down two sizzling sausages and some cooked tomatoes in true British style. I march to the train station feeling sufficiently fuelled and after a 2.5-hour journey from Durham I step out to Manchester Oxford Road’s Dot To Dot festival.

I find myself on the middle floor of Sound Control, one of festival’s key venues. There’s an underground vibe in this rouged-up dimly lit room. Pipes crawl across the ceiling and maroon pillars make this already intimate space feel smaller.

I start on the middle floor, waiting for 19-year-old singer/songwriter Lewis Watson to appear. The traffic has made him late but once he gets started his Bieber-esque charm rouses the on-looking front-row girls. As he leans into the microphone, lyrics like ‘Why are you kissing me?’ and ‘I have nothing if they take you away’ are sung with soulfulness. He really has a lovely warming voice and I’m beginning to ponder over pinching his woolly beanie but I’m cut off mid-thought by a raging underground growl of sound.

I follow it downstairs and join a bunch of mesmerised bystanders. They’re watching a mad monkey, a.k.a. Gabriel Bruce. I feel as though I’m in a Havana style cabaret club – Gabriel is sporting a short-sleeved beach shirt and stands two metres away from two sensual females who swish their hips from side to side. He leaps from the stage towards me and proceeds to feign fellatio on a nearby man. Bizarre, I know, but brilliant. As he exits the stage I grab an interview with him. He tells me that he wants Danny DeVito in his music video and that he celebrated the Jubilee weekend by pretending to be “afloat on the flotilla, bobbing along in a bath of beautiful bubbles”. His imagination is fascinating and his music certainly reflects that.

Triumphant after finding such a gem, I change floors to see what else I can find. I stumble across Wonder Villains, a young pop band bursting with energy from Northern Ireland’s Derry. As they jump about, their vibrant clothing flashes like disco lights. Lead singer Eimear Coyle rocks the punk-pop look with fluorescent pink tights, Cruella DeVil hair and a red-hot bass. The youngsters resemble a modern-day multi-gendered Busted with Irish accents.

Lucy Rose is my next venture, this time at HMV Ritz, an easy one-minute walk from Sound Control. Her frame is smaller than I thought it would be, as she sets up on a tall stage in this bigger venue. She begins with Middle Of The Bed, a definite crowd pleaser. Her soft, sweet voice echoes around the room as the pink and blue gloomy lighting ripples across the stage. This is the first time she’s seen someone wearing her t-shirt in the crowd, she says. She gazes downwards a little too much for my liking when she plays but she looks beautiful during the last two songs when she treats us by lifting her sapphire eyes. Perhaps she’s noticed the big lilac-coated disco ball hanging above us. Her songs are easy listening and her style definitely reflects the laid back feel of tracks she sang on for Bombay Bicycle Club’s albums Flaws and A Different Kind Of Fix.

It’s now nearing 9pm and I’m walking briskly to Zoo where headliner Willy Mason is playing. There’s a dark jungle vibe here, with camouflage material draped from the ceiling. I find myself one metre from him. I can’t believe how close I am to a musician I’ve been a fan of for years and that I have actual real space around me! This is glorious! That’s the real beauty of this festival. He looks seriously handsome in his black suit and with each song the audience mellows to his level of spirituality. It’s becoming swelteringly hot in here (I see a drop of sweat fall from his forehead) but we’re all so enchanted by what we’re hearing that we hardly notice. He plays an hour’s worth of old songs like Gotta Keep Movin, Save Myself and We Can Be Strong and some great new ones including Restless Fugitive, which is currently free to download. He finishes with Gotta Keep Walking and I flitter towards him as he retreats backstage. He tells me the meaning of life is “to move matter around” in a physical sense but that he’s a very spiritual person. I’m left feeling even more in love with him than I was an hour ago…

Feeling slightly woozy I wonder across the road to The Deaf Institute, another of Dot To Dot’s endearing venues, to catch the end of Scottish folk band Admiral Fallow’s set. It’s the last night of their lengthy tour and this quirky old-fashioned theatre with parrot wallpaper and a wall covered in retro speakers seems a great final destination. A crowd member shouts to “play something we know”. At this point frontman Louis Abbott gives the best response I have ever heard to a heckler: The Proclaimers’ 5,000 Miles guitar intro followed by a middle finger. The group go on to play a lovely a cappella piece and end on the popular Squealing Pigs.

I’m now shattered and head back to my overnight accommodation where I aim to have a quick pit stop before heading out to dance the night away to Sunless ’97 and The Internet. Apparently forty winks is not enough for me though and I find myself drifting into dreamland. The day has been majestic.