An Interview With Chastity Brown 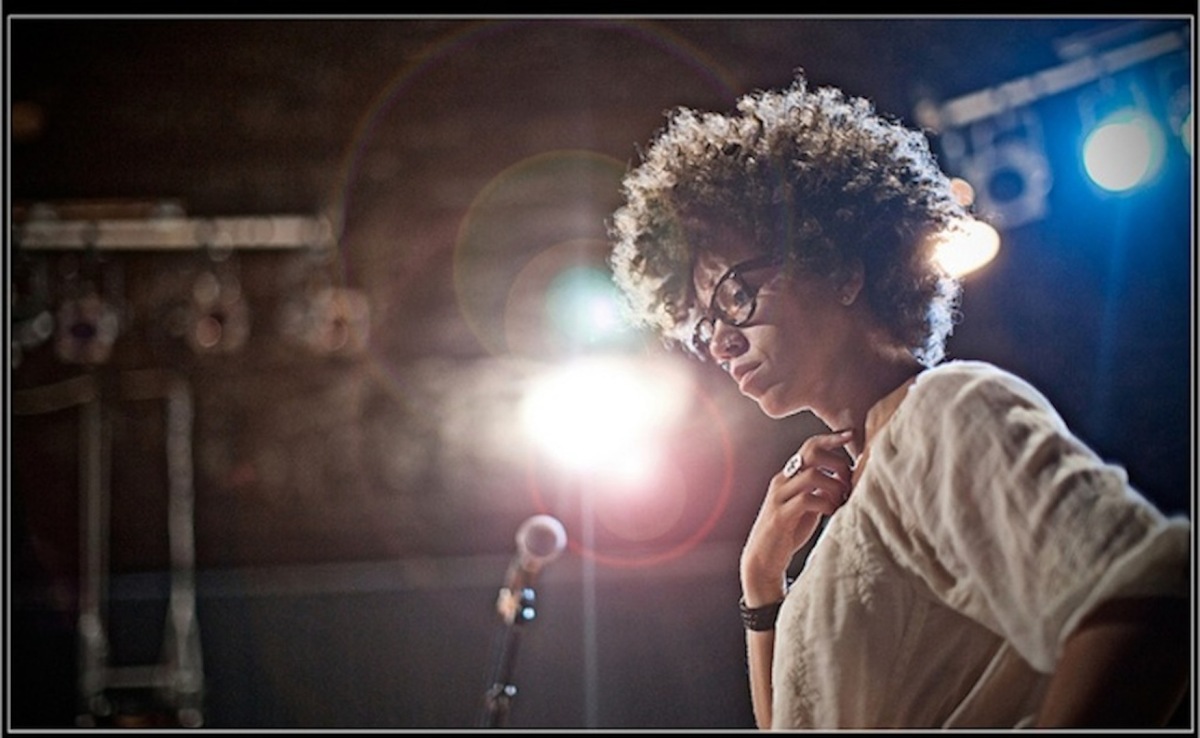 Part-way through her current international tour, blues and soul singer-songwriter Chastity Brown found the time to answer a few questions for The Bubble. She then went on to deliver an intimate and enjoyable performance in Seven Bar, Leeds, based around her latest album, Back-Road Highways.

You were kicked out of Seminary College for finding a girlfriend. How would you say that this has influenced your music throughout the years?

It played a huge part because at that time I was really religious, and it was a great wake-up call that it’s a bunch of bullshit. I mean, I was serious about it by my own right; no-one in my family made me go into that. I was going to do praise and worship music, so it basically set me on this path. I don’t know how else I would have let that go and then started playing in coffee shops and in bars – I had to actually get kicked out. Looking back, it’s the best thing that’s ever happened.

That’s really interesting. So you wouldn’t describe yourself as religious anymore?

No, I would describe myself as spiritual. Like, I really love nature and hiking in the woods, and I find those to be spiritual experiences. Really close friends, I feel like we have spiritual connections. And by spiritual, I just mean it’s something beautiful and mysterious that I don’t need to put in a box or write in some book and pass it around to everyone. It’s a personal thing.

You’ve described yourself as feeling quite ‘split down the middle’ in terms of your music, or have done previously. Could you elaborate on that a little bit?

I guess I was, but I’m no longer feeling that. I feel finally joined together in my many selves, for lack of better words. In the categories that radio people give, they always feel they need to place music or an album. They always say it’s ‘multi-genre’, ‘genre-hopping’ and all these different things and so I was at war with that. I still was always just like ‘it’s… me’. I’m never not myself; I’m never trying to emulate something. It’s just how the song comes out. So finally on Back-Road Highways, on this album we’re touring with, I finally accepted myself. I finally accepted how I write, how my voice sounds, so there’s no longer a ‘split in two’ thing going on.

That’s really good! That sounds like it’s something that a lot of musicians should strive for. Am I right in thinking that you previously played more indie rock stuff before switching to more bluesy jazz-influenced music?

Well, I tried to play indie rock. That’s the key. I had a lot of indie rocker friends. You know, Bon Iver, that kind of music? I fucking love it. But that’s not me. That’s not my natural impulse. My natural impulse is very slow and southern and more based on story. The melody and the groove come later. The influences that are bred into my bone are very much the southern culture of being raised north of Memphis and west of Nashville, Tennessee – you get the blues from one side, you get the story-telling and the country from the other side and so it just fused itself into my ear canals.

That’s really interesting. What would you say made you make the change from one to the other? It seems like indie rock is something that is very ‘in’ at the moment whereas jazz and blues often gets a bit pushed to the side. It seems a little counter-intuitive for an upcoming artist. What swayed you?

The thing was is that I just couldn’t pull it off, you know? I don’t have enough edge. It was basically like I was trying to force that sound onto myself. I was trying to push myself into that. My songs would always start out this one way, and then I would just be like ‘okay, I’m going to try and figure out how to make this, this’. It’s just so unnatural to me. As much as I love it, it’s just not my thing.

That said, did you find the bluesy jazz scene a hard niche to get into? As a jazz player myself, I often find that it’s a difficult scene for people trying to make something of themselves.

Well, I don’t consider myself jazz at all. I consider myself an Americana soul singer; more roots music than jazz. I fucking wish I could play jazz, but you have to have a wide vocabulary of music before you can even step to the plate to play with other people and I just can’t keep up. But I love jazz. I enjoy improvising, which is distinctly different from jazz. So I can sometimes maybe sit in with jazz players, but by no means can I keep up! But improvisation is more emotive. Like older jazz musicians… when you’ve been playing jazz a while, you start to maybe stray away from the formalities. So I’m on the side of there not being any formalities, but, you know, the song can evolve live in front of an audience. DeVon Gray, who I play with, he leads a couple of different groups. He’s classical based but he can also play jazz, but he leads a couple of different improvisation groups where there’s a couple of hip hop guys, a couple of cellists… there’s like thirteen people on stage and it all just breathes and flows, and I enjoy that. I enjoy that improvisation, and if you’re not a music lover, you don’t understand the difference between jazz, which is one entity in itself, and improvisation. Obviously jazz musicians improvise, but improvisation as a technique is also within other genres.

During the writing of Back-Road Highways, you took a pilgrimage to your father’s hometown. Which aspects of that journey do you feel most influenced this album?

I think the main thing was when you see where you’re from… I met my father’s side of the family, which is a lot of country black folk. And I guess in America, even within the music world, it’s hard for people to get their head wrapped around the idea that there are country black folks. There’s a band called Carolina Chocolate Drops, I don’t know if y’all have heard of them? They play old-timey black classical and folk music. They’re fucking badass. There’s another woman who’s touring here in the UK, her name is Valerie June and we actually grew up about 45 minutes away from each other, I haven’t got to meet her yet, but she’s another black descent person who’s been raised in the south. She very much still plays folk music but it just leans into the history of black music. So meeting my family just again solidified my… that’s part of the reason why I fully accepted myself. Because I knew where I came from.

I like the idea of having a deep-rooted family connection. I don’t really have anything as inspirational as that, but I wish I did!

Well, the other thing asides family for me is these two authors that have influenced me more than any musician. Carson McCullers is a favourite southern gothic writer who grew up in the 30s, 40s and 50s, and another favourite writer of mine is James Baldwin. So those two individuals, with their writing… I’ve clung to that more than any album I’ve ever heard. I mean, it might be partial obsession, it might be genuine inspiration. For me, the two of them in particular for me are some of the best character-based stories that I’ve ever read. They’re so detailed and so nuanced and so… peculiar. It’s not like ‘here’s Joe, Joe has red hair, Joe has glasses…’, it’s very much just nuanced. So maybe you could find something like that! It’s interesting for me, when I realised how obsessed I was with their work. They’re not even musicians. But still, they raised the moral bar for me with who I wanted to be as a person. They raised it higher than anyone I’ve ever had contact with.

I like that. I guess the life of a musician will always be a constant search for inspiration, so it’s nice that the source of that inspiration can be open to everyone. My final question is quite a hard one – if you could sum up the main message of your music in one sentence, what would it be?

Hmmm. I guess for me, the message is to listen to the story. Within a story, as a songwriter you release it to the hands of an audience. So it’s not my story I’m sharing, it’s your story. In essence, if at some point an audience member is like ‘I know a person like that, I’ve seen a situation like that, I’ve felt that way, oh my God I’ve danced that hard’, all these different emotional things we share in art and art making , that’s the main thing. It’s to do with the story.