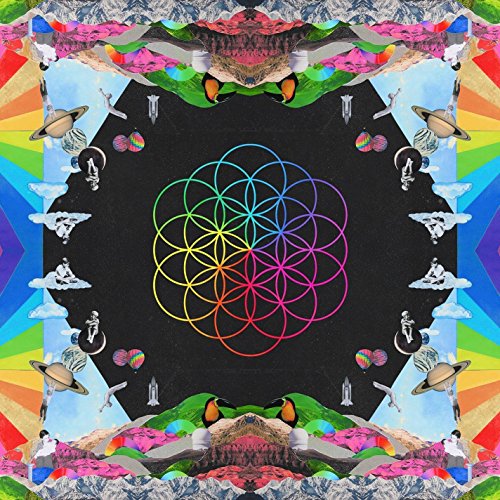 The album artwork for A Head Full of Dreams

Upon hearing ‘Adventure of a Lifetime’ I was so disappointed that I didn’t even listen to A Head Full of Dreams until about a week ago. I didn’t like the electronic style of the song and I just assumed that the rest of the album would be the same, but it started to grow on me so I pulled up the album on Spotify, and I was blown away.

“It’s our seventh thing, and the way we look at it, it’s like the last Harry Potter book” vocalist Chris Martin said in an interview with Zane Lowe, hinting that it could be their final album – which would be an enormous loss for the rock genre. I use the term ‘rock’ lightly, because Coldplay stopped caring about being a true rock band quite some time ago. They found success with the release of their debut album Parachutes fifteen years ago, and never lost it. I fell in love with their melodic sound, but even when they moved towards pop in Mylo Xyloto, they were still the same brilliant band underneath. After the devastatingly heartbreaking Ghost Stories, A Head Full of Dreams is something of the light at the end of the tunnel. If this is the end, Coldplay are going out with a bang.

First of all is title track ‘A Head Full of Dreams’, which is a bridge between the old and new. It’s colourful and upbeat, with an electronic edge that bursts into life alongside chorus vocals at the end. It’s a satisfying feel-good track (“oh I think I landed, where there are miracles at work”), representing the positivity of the album in stark contrast with its gloomy predecessor, Ghost Stories. The final track ‘Up&Up’ ends the album with the same wave of happy optimism.

‘Hymn for the Weekend’ is something different and a little bit daring for the band. It fits into the pop category more than anything else on the album, and the melody is ridiculously catchy, especially during the chorus “oh I, oh I, oh I, now I’m feeling drunk and high, so high, so high.” Most importantly, though, the track features the wonderful Beyoncé, and her vocals blend with Chris’ so well. This track has just been released as the second single from the album, and with good reason – it’s one of the best.

‘Fun’ also features guest vocals, this time those of Tove Lo. This track stands out from the rest of the fast-paced album, as it starts off softly and the electronic style is subtle. Coldplay have reverted to their typical sense of nostalgia with beautiful lyrics like “now we’re stopping the world, stopping its spin, but come on don’t give up don’t say we give in.” ‘Amazing Day’ is another hit of reminiscence, though it’s satisfying rather than sad, meaning that it fits alongside the more heartening tracks on the album.

It wouldn’t be a Coldplay album without a truly sad song, though. ‘Everglow’ is a song that could easily belong on one of the older albums. Charged with emotion, it’s the kind of song that makes you tingle. It’s slow-paced and calm and evocative, and stripped of any electronic sound. It demonstrates the power of Chris Martin’s vocals to really bring out the melancholy in his lyrics.

This was never going to be favourite Coldplay album, because I loved them most from Parachutes to Viva La Vida, but it’s still brilliant. You can’t deny that Coldplay are an incredible band; they always have been. If this is their last album, they’ve ended on a high note. But a little part of me hopes that they come back with something even better.