Young Adult Literature Series: In Defence of YA Literature 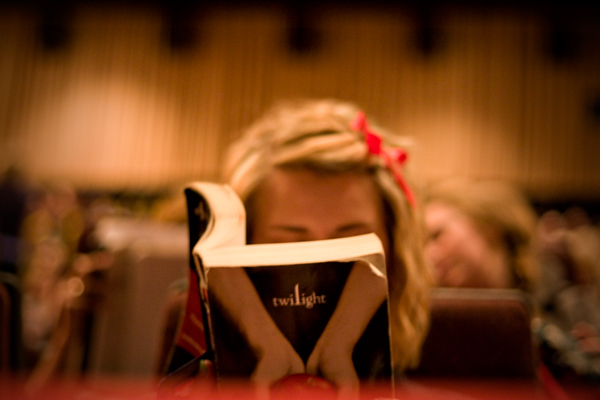 Have certain works of fiction given young adult literature a bad rep?

Mention that you enjoy reading literature, and you often find your opinions on texts being accepted with a murmur of reverence that seems to imply that you’ve read the entire back catalogue of Shakespeare, Chaucer and Proust, and as such are uniquely imbued with the wisdom and insight necessary to discuss any work from the literary canon. However, mention that you enjoy reading young adult literature, and you often encounter an undisguised resistance to the words “young adult” even being used in conjunction with the word “literature.” Instead you have to endure a withering putdown about sparkling vampires, a mildly patronising attempt at empathy from someone who ” also used to be a fan of Harry Potter, but back in high school”, or even experience the grating generosity of somebody who allows that there’s nothing wrong with reading YA literature…as a guilty pleasure.

The guilt, dear reader, lies not in the desire to read a book marketed at teenagers, but instead at the feet of the publishing giants whose insistence on identifying perceived trends, and marketing all young adult literature as part of this trend, has allowed the media moguls to spread the common misconception of all YA books as, for example, Twilight wannabes. It cannot be denied that publishers, just like film studios, and all businesses that sell to the public, tend to doggedly follow Lord Alan Sugar’s oft-favoured business adage of “smell what sells, and go after it”, and it is this principle that has saddled young adult literature with a reputation that is proving difficult to shake. The success of Meyer’s Twilight saga made it nigh impossible to enter a bookshop without drowning in a sea of black covers featuring red motifs, and/or a ghostly pale ethereal couple. This simultaneously led to the creation of the bizarrely niche “teen paranormal romance” section, and suggested that little else was available in the way of young adult fiction.

However, for proof that this problem exists not only in the YA publishing sphere, look no further than last year’s surprise phenomena; the Fifty Shades trilogy. As the trilogy’s popularity became more widespread, bestseller lists and shop fronts became inundated with imitations, all of a similar nature and style. Despite this we would never judge all adult literature based on the current prominence of Fifty Shades of Grey, so why do we do the same for young adult literature? There are bright, educated young twenty-somethings who have laughed at the mere idea of reading a young adult book, because, consciously or unconsciously, they have mentally filed the very words “young adult fiction” under the label of Twilight.

For this reason, labelling is the biggest obstacle that YA fiction currently needs to overcome. Young adult is not, and should never be, labelled as a genre. Fantasy is a genre. Science fiction is a genre. Young adult is not a genre, but a description of the writer’s target audience. To view all young adult fiction as vampires or dystopias like The Hunger Games is to seriously discredit the scope and breadth of books that are aimed at young adults. There are historical fiction books like Code Name Verity, romance novels like Eleanor & Park, coming of age novels like The Perks of Being a Wallflower, science fiction books like Ender’s Game, and it goes without saying that mentioning these four wonderful books barely scratches the surface of the variety available. It’s a variety of subject and genre equal to that of – for want of a better word – adult literature, and the clumsy use of the “young adult” label should not dissuade us from delving into all that’s on offer. 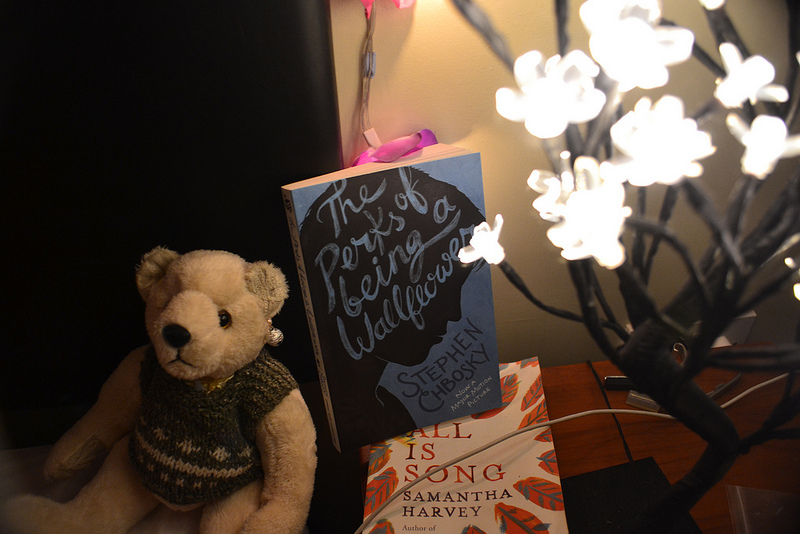 YA fiction includes coming-of-age novels; everyone can relate to “the challenges associated with growing up”.

In fact, being a young adult is the one thing that we all, at some point, have had in common, and as such coming of age novels are arguably the books that are relatable to the widest sphere of people. Everyone has been forced to face the challenges associated with growing up, and has made decisions that directly impacted the formation of their identity and lifestyle. Moreover, very few people can be called fully grown up upon leaving high school. As adults we continue in the process of learning about our own strengths and defects, discovering the depths of friendship, and confronting fears about the future. As such, a young adult novel that touches on, for example, the problems involved in consolidating one’s identity, or the uncertainty about where one belongs in the world should not be immediately dismissed as being full of trivial concerns, or the crudely dubbed syndrome of “teenage angst”. A teenage protagonist does not equal an immature narrator, nor do young adult affairs imply a childish approach, and instead many young adult books are unafraid of grappling with painful issues such as death, illness, sacrifice and injustice, with the Michael L. Printz Honor book The Book Thief, and current teen favourite The Fault in Our Stars immediately coming to mind. 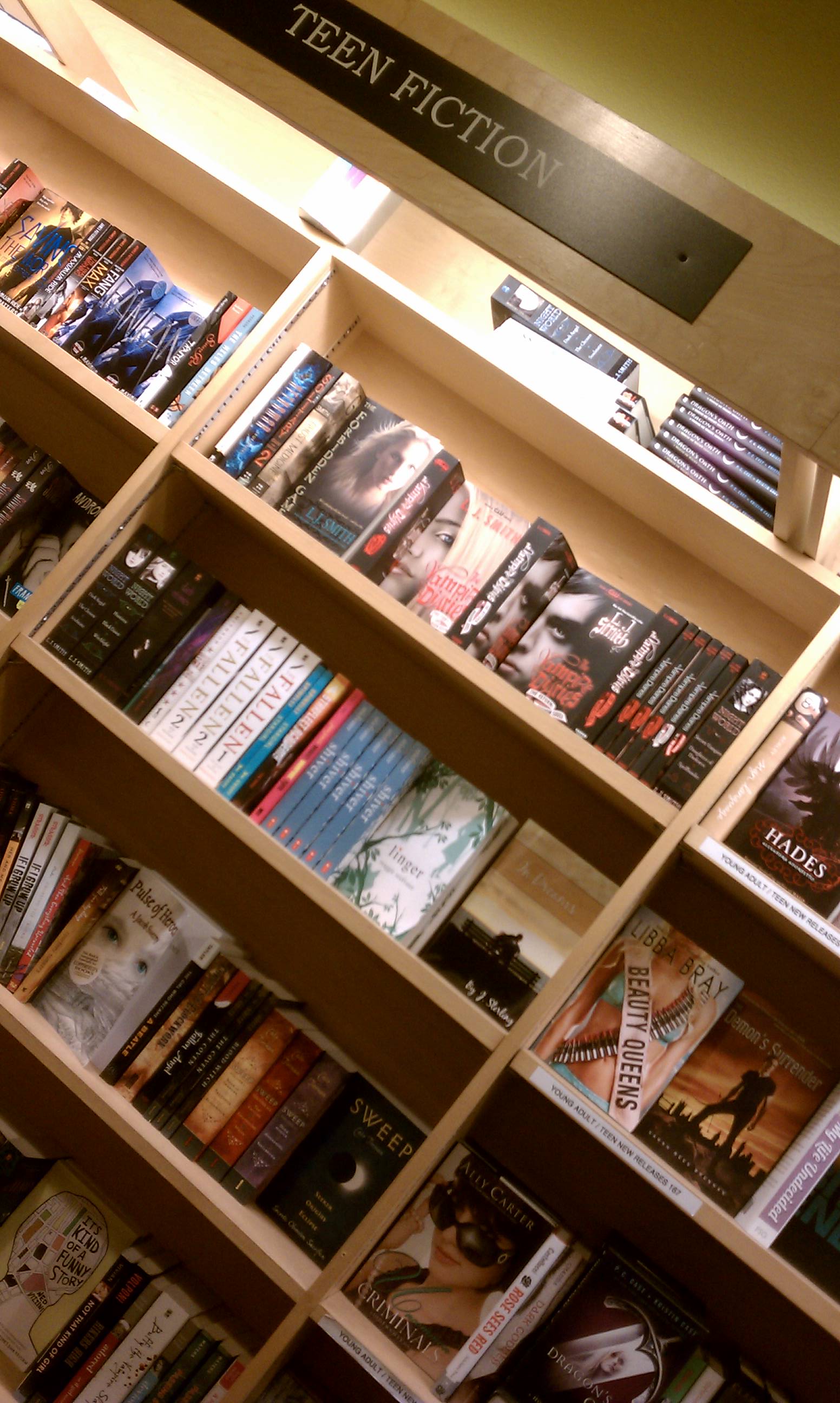 There are plenty of worthy offerings classified as “young adult” fiction.

Why else should someone over the age of eighteen pick up a young adult book? Let me count the ways. The ease of empathising with the protagonist’s situation in life, the sweeping variety of genre work available and the refreshingly honest approach regularly taken towards life’s big hurdles are not the full body of the story. For one, young adult novels are often written in the simultaneous narrative voice, as the action is happening, which conveys a sense of real urgency and makes them perilously difficult to put down. The undeniable quality of the writing is another factor, with the aforementioned The Book Thief containing one of the most innovative narrative ideas in recent fiction, and Louis Sachar’s spunky 1998 novel Holes now listed on many secondary school English literature reading lists, and with a Sparknotes page to boot. Of course the quality of young adult fiction is not uniform, and many novels are subpar, but this is a rule for all types of literature, and not merely for young adult books.

All this humble YA reader asks is that you get stuck into a few different young adult books before you dismiss the entire section as being summed up by Edward Cullen, and that you don’t judge a book by its neighbour in your local bookshop, or indeed by its cover.