Words are Cheap… and Getting Cheaper 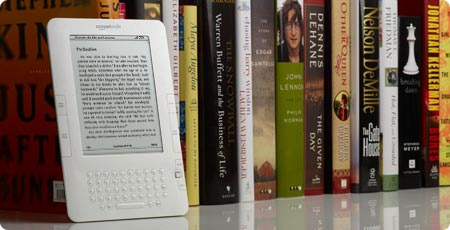 The ‘iPod moment’: the digitisation of the publishing industry
is having ‘significant ramifications in the realm of literature’.

As part of a generation which has grown up accustomed to having constant access to the internet, with its plethora of free information and opinion-based content, it doesn’t often occur to me that it was only in the mid-1990s that personal computers and internet access became elements in the lives of ordinary people. Changes brought about by what is often called the ‘digital age’ have had, and are having, significant ramifications in the realm of literature. Sites such as Amazon enable us to source our favourite reads at discounted prices, iTunes and Kindles allow us to download the same texts for pittance, and blogs and self-publishing programmes mean that we can all share our literary outputs with a worldwide audience. Indeed, the impact of the internet has been such that this year the European Commission has approved a proposed Penguin and Random House merger, symptomatic of high street publishers’ inability to compete with online retailers such as Amazon.

Some commentators, such as the author Tracy Chevalier, consider it only ‘natural’ that the publishing industry should have its ‘iPod moment’, with the physical book following a similar path to digitisation as the CD before it. It may be true that there is little anyone can do to stem the changes brought about by the rise of the internet, but not all of the developments are necessarily positive. Does the existence of websites such as Amazon, for instance, mean that we now resent paying full price for a decent paperback? Have we lost our reverence for established authors and even, as suggested by the writer Nicholas Carr, become unable to focus on long texts due to being so used to skimming through webpages? Are self-published writers on the web right to be so confident in their own ‘publishability’? The web, of course, is not subject to the same quality filters existent in the traditional publishing world.

However, at the opposite end of the spectrum, is the cloak of preciousness that has been woven around the novel (a medium that we have only had, after all, for a few hundred years) something that should be cast aside as the internet facilitates and engenders new forms and means of experiencing art? In the words of the writer Richard Huelsenbeck, “Art in its execution and direction is dependent on the time in which it lives”; we should expect fiction to evolve with the times. Whereas those able to read literature in the Enlightenment Age might have had time to read leisurely prose, today’s multi-tasking, time-pressed entertainment consumers may find they are better suited to something a little different: something reflective of their fraught and flustered lifestyles in which every day is something of a juggling-act (to generalise broadly).

Those who welcome the changes brought about by the digital age tend to argue that the self-publishing opportunities it offers for writers are invaluable, given that traditional publishing deals are notoriously hard to come by for aspiring authors. Publishing houses are standard-driven and require the promise of a large pay-off, whereas authors who self-publish in an online environment are free to experiment, take risks, and make mistakes without necessarily suffering for it. Indeed, interacting with others online allows writers to receive informal feedback throughout the creative process. And, interestingly, even those writers who do secure traditional deals are not always satisfied with the ways in which their books are marketed by major publishing houses. Author Polly Courtney, for example, returned to self-publishing after having three books published by HarperCollins because she was unhappy that her fiction had been marketed as ‘chick-lit’. This shortcoming of the traditional high street publishing sector is reflected in its increasing inability to compete with online literature retailers which do not need to worry about the cost of physical ‘shelf space’ and are consequently able to make profit out of both niche non-bestsellers and bookshop blockbusters.

Authors who have met with self-publishing success through the internet include E. L. James, John Locke and Tao Lin. James’s hugely popular trilogy, starting with the infamous Fifty Shades of Grey, began as fan fiction on the web and has since become something of a sensation; the trilogy is now available in paperback and over 65 million copies have been sold worldwide. John Locke, author of crime fiction, became the first man to sell over one million self-published digital books on Amazon, and Tao Lin’s determined self-promotion online eventually resulted in a publishing deal from Vintage (his novel Taipei will be published in June this year).

However, these authors, and others like them, have often met with mixed reviews, and, on balance, it seems fair to be slightly sceptical of their quality and success. Publishing online often requires endless self-promotion in order to attract readers – it is not necessarily an easy option – and Locke allegedly paid an online service to write positive reviews of his books in order to attract sales. Tao Lin’s success has been attributed to the fact that his boring, dismal and tedious prose style is ideally suited to bored, dismal denizens of the digital age; and while I accept this as a valid point, I would never personally read such fiction for pleasure. Further, although friends and family who have read James’s Fifty Shades of Grey trilogy have all told me how difficult it was to stop reading the novels once they had begun, they also all uniformly agreed that the novels could scarcely be regarded as literary masterpieces.

Another point to consider is whether a shift to entirely digitised literature is inevitable, as is arguably the case in the music industry. It is true that digital copies of books tend to be cheaper than paperbacks, and that tablets such as Kindles and iPads are increasingly widely used by today’s consumers. However, whereas the experience of listening to music seems to me the same whether it is streamed online or played through a CD-player, I would argue that the experience of reading literature is quite different depending on whether it is read on an electronic screen of some kind or on the printed page of a tactile paperback. This fundamental difference will likely continue to divide readers for a long time to come, even if both paperbacks and digital editions come to be sold almost exclusively through online retailers offering more choice and cheaper prices.

There seems to be a need for some balance when considering the rise of new authors and literary endeavours through the internet. It would be difficult to argue that online literature and digital literature address all literary tastes and needs in quite the same way; this will most probably prevent the publishing industry from having an ‘iPod moment’ in the near future, and I personally cannot see the end of the novel on the horizon at all. If anything, it seems we should be pleased that the internet is there to plug the gaps which the traditional publishing houses don’t fill, and beyond that, as with all art forms, it’s simply a matter of taste.