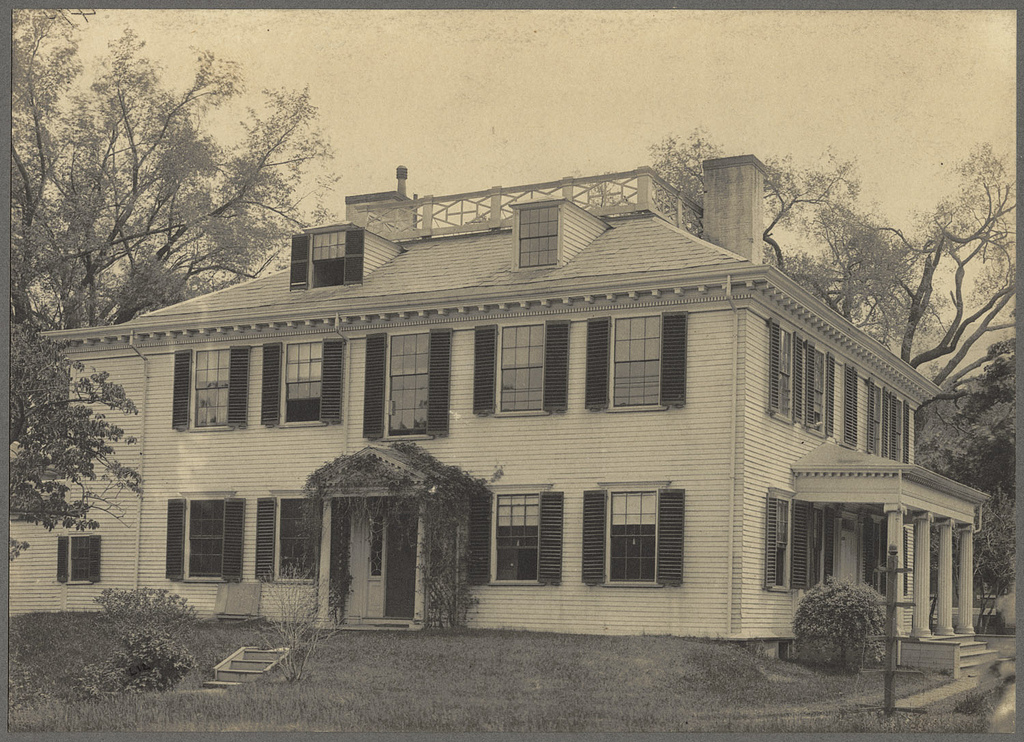 Loring-Greenough House in Jamaica, built by a commodore in the English Colonial naval services in 1760.

Having read, and loved, Charlotte Brontё’s Jane Eyre (first published in 1847) I was a little surprised – disappointed, even – when I started reading Jean Rhys’s 1966 Wide Sargasso Sea. All I knew prior to reading the novel was that it was a prequel to Jane Eyre, and I naively began reading expecting to encounter the same confident, compelling and charismatic narrative I had so admired in the original. My presuppositions quickly foundered. The narrative voice in Wide Sargasso Sea is, in short, everything that Jane Eyre’s is not. Obscure, unreliable, and fragmented, it initially works to frustrate the reader’s natural inclination to identify with and understand their protagonist. Indeed, Wide Sargasso Sea has been called a ‘tragedy of miscommunication’, a very accurate contention which, it turns out, perfectly encapsulates Rhys’s intention to deconstruct European discourse and give a voice to previously misunderstood, or quite simply marginalised, voices.

Charlotte Brontё’s immensely popular Jane Eyre is characterised by a lively, likeable, and strong-willed first-person narrator – the eponymous Jane Eyre – who’s determined individualism and social criticism have led many to consider the novel way ahead of its time. From ‘I am no bird; and no net ensnares me: I am a free human being with an independent will’, to ‘I am not talking to you now through the medium of custom, conventionalities, nor even of mortal flesh: it is my spirit that addresses your spirit; just as if both had passed through the grave, and we stood at God’s feet, equal — as we are!’, Brontё’s novel is packed with quotations where we see the protagonist asserting her worth despite the dictates of contemporaneous discourse. In Wide Sargasso Sea, written as a prequel to Jane Eyre, there is a disarmingly similar process at work although in this case, it transpires, it is the assumptions inherent in Jane Eyre and the gaps in Jane’s narrative voice that are being critiqued. Rhys’s book is one that challenges its readers, putting them through their paces until they reach a compelling conclusion which will stay with them long after the reading process is over.

Wide Sargasso Sea is the story of Jane Eyre’s ‘Madwoman in the attic’, Bertha Mason – the first Mrs Rochester – who in Jane Eyre is a truly marginalised figure, shut away by Mr Rochester in the recesses of his home and all but written out of the narrative of his life that he shares with friends and acquaintances. Antoinette (Rhys renames her and has Rochester impose the name ‘Bertha’ on her when their relationship breaks down) lives in the Jamaica of the 1830s. This period is directly after the emancipation of the slaves, an uneasy time when racial relations in the Caribbean were extremely strained.

Jean Rhys deliberately grants Antoinette a problematic racial identity; she is descended from plantation owners, and thus a white Creole heiress, but her father has had many children by native women. As such, neither the native population nor the representatives of the colonial centre accept her; she is something of a nobody. This tint of racial impurity is a catalyst for many of the problems that occur throughout the narrative, and thus sets up the themes of identity, marginalisation, and prejudice that course through the novel and sometimes manifest themselves in jarring and disturbing ways. For instance, the young Antoinette who we meet at the start of the novel is guilty of absorbing the racial tensions that saturate her culture and using them without thinking; she calls her best childhood friend, Tia, a ‘cheating nigger’ unexpectedly. That a friendship is ruined by unpremeditated and misunderstood racist gestures from both girls (in the end, Tia hurls a stone at Antoinette) hints at the nonsensical side to racist prejudices; their consequences can be devastating, though the reasons why people hold them can be utterly groundless. Were Tia and Antoinette not like sponges for the hostilities surrounding them as they grew up, in all probability their friendship would not have fragmented as it does.

Misunderstanding is rendered an inherent aspect of the novel since Rhys subverts the typical authoritative first-person narrator through Antoinette’s narrative voice. Antoinette is often unclear about the events she reports and is so emotionally-led that readers may struggle to distinguish between feeling and reality in her narrative. For instance, the death of her mother is omitted from the natural chronology of the narrative; it later comes to light in an almost accidental fashion, as if Antoinette would have forgotten to share it with the reader at all had the taste of hot chocolate not prompted her to recall it: ‘While I am drinking it I remember that after my mother’s funeral, very early in the morning, almost as early as this, we went home to drink chocolate’. This passage is also conspicuously devoid of emotion; there is no typical sense of closeness between reader and first-person narrator as is so often constructed in novels (consider Jane Eyre’s direct references to her ‘Dear reader’, which create the impression she is confiding in them). Antoinette is not, of course, insensitive or emotionally unsound; the reader is just forced to think harder to justify her unreliability and omissions – integral to Rhys’s message that we must be open-minded when confronting the unfamiliar.

In the unconventional narrative voice I came across in Wide Sargasso Sea, then, lies what is arguably the book’s greatest worth. A reader familiar with the assured narrative of Jane Eyre might assume that any attempt to give Bertha an equal voice would endow her with similar confidence to convince readers of her equal worth. However, political readings of the text that see it as a novel designed to ‘prompt critical reassessments of social mores and normative codes of behaviour that are taken for granted’ can be very helpful here; Rhys’s stylistic choices were motivated by her desire to challenge Jane Eyre’s discourse and consciously differ from its style and values. Rhys rejects the charismatic first-person voice and stereotypical values attributed to Jane, desired to make readers warm to her, in order to assert the need to be receptive to all kinds of people and find value in everyone despite preconceptions that may tell us otherwise. Perhaps this approach gains extra poignancy if we consider the autobiographical element to this endeavour; Jean Rhys herself was born in Roseau, Dominica, and was treated as an outsider when she came to live in England at the age of sixteen.

In Wide Sargasso Sea, it is Rochester whose constrained world-view tragically renders him incapable of appreciating Antoinette and comprehending the nuances of racial tensions in Jamaica. Similarly, Antoinette’s English stepfather is painfully ignorant in this respect; his stereotypical perception of the black community as ‘lazy’ and ‘like children’ proves wholly inaccurate. Antoinette’s mother responds, forebodingly, ‘they can be dangerous and cruel for reasons you wouldn’t understand’; pages later their home is the target of a racially-fuelled arson attack.

Wide Sargasso Sea is an impressive achievement, and demonstrates the ability of literature to serve as a tool of cultural control. Through it Rhys was able to expertly deconstruct Charlotte Brontё’s legacy and, more generally, critically examine the history of colonialism in the Caribbean. However, we perhaps shouldn’t forget that Jane Eyre was ground-breaking in its own way in 1847. Both novels have much to offer; just don’t expect them to offer the same thing, as I mistakenly did…