Where One Door Closes…

Elizabeth Briggs in Literature on 15 August, 2012. 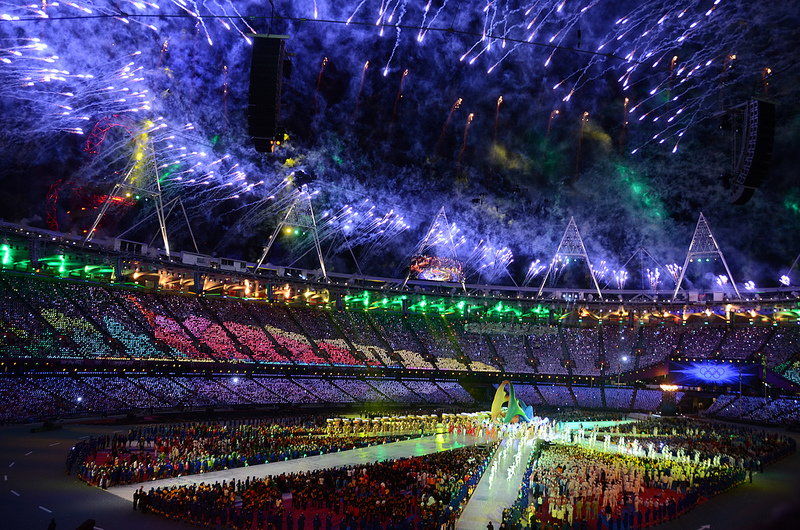 Lighting the atmosphere with a little literature

Sunday’s closing ceremony marked the end of a rollercoaster for London: a thrilling ride that turned the city upside down and now, set down again, it must try to return to the normal brisk step of life. London 2012 claims to have left a legacy in its wake for young athletes, in the hope that the shower of medals we so enjoyed claiming as our own will not be the peak of our Olympic success in years to come. Nor is it only for the athletes that the legacy has been left: these games went back to the roots and united athletic medals with a medley of melodious poetry, inspired by the Games and the promise that they held.

Back in the Ancient Athens of 776 B.C., when it is thought that the games first began, they were part of a large festival of religious significance, hence they were held at the foot of Mount Olympus where the Greeks believed the gods resided. As well as athletic contests, rhetoric, tragedy and comedy were probably performed, as they were alongside sporting activities at other religious festivals. Pindar’s Olympian Odes are evidence of this, and they are often revived at Olympic Opening ceremonies in the modern era. Indeed, although they were not during this cycle, classicist Boris Johnson did commission Armand D’Angour to write the Pindaric Ode for the London Olympics 2012, which can be found under that title on the Oxford University website. Even better, Boris recited this Ode in both Greek and English at the Royal Opera House on July 23rd for the International Olympic Committee. It is such a shame he was brought down from that zip wire, he might have gone on to inspire himself with all sorts of fascinating ideas.

It is little known that this parallel working of art and athleticism ran on again from 1912 to 1952, where medals were awarded to artists of sporting works of a musical, sculptural and literary nature. The big names weren’t attracted and did not compete, which is most unfortunate: one can only dream of what might have been produced during the furious intensity of a match between Steinbeck and Hemingway. I am imagining something a little along the lines of 8 Mile in black tie.

Poetry is perhaps better enjoyed than assessed, and it has been made more accessible than ever during these Olympics, where Carol Ann Duffy speaks in the Olympic Park. The Times’ ‘Winning Words’ competition attracted the big names and published them daily, whilst a more amateur effort was encouraged by the aptly named London 2012 Poetry Competition. You may recall hearing the words of the winner, 15 year old Fope Jegede, from her poem The Champions’ Story at the commencing of the closing ceremony.

All this was quite nice, and perhaps to be expected. However, what really got me jumping up and down on the sofa during the Closing Ceremony was the newspapered stage – a stroke of genius, a quiet backdrop which had been so carefully thought through. Every so often you managed to forget it was there, and then you’d catch a bit of Dickens, A Tale of Two Cities, or Elizabeth Barrett Browning, or Anthony Burgess. It seems that yesterday’s papers don’t only tell of yesterday’s news, but remember centuries of Literature that are as treasured, if not more treasured, than they were when first printed. Seeing Stomp jumping all over a giant ‘To be or not to be’ somehow brought Shakespeare vivaciously onto a very different sort of stage.

The closing ceremony was nothing if not fun, with Annie Lennox garbed in Bram Stoker, vampin’ it up before giving way to Eric Idle amongst ice skating nuns. Rather like the jumble of Mary Poppins with Voldemort at the Opening Ceremony, the spectacle had a dreamlike quality.

This, more than anything, showed the Olympics to be an event for all to share in. As authorship was lost in Shakespeare’s words, which belong no longer either to Caliban, nor Churchill, nor Timothy Spall but to us all. I was in such high spirits, that I even smiled benignly at Jesse J, as she boldly drove around the arena shouting about the inconsequentialities of cash… in a Rolls Royce Phantom Series II Drophead Coupe.

Events of international magnitude often inspire multitudes of poetry – we have only to look to WWII, for example – but how wonderful that everyone should get involved with writing and all writing to celebrate something. Poetry often gets a bad press for being a rather depressing form of self-expression, what with all that Larkin and Hughes up for A-Level study. The only couplet of the Poetry Society’s Olympic Relay Poem which doesn’t contain a spark of enthusiasm for the games is one of the very last ones to be included. It reads:

Let us hope that poetry stays in motion instead.