What on earth is a writer?

Katherine Rodriguez-Galvan in Literature on 23 November, 2011. 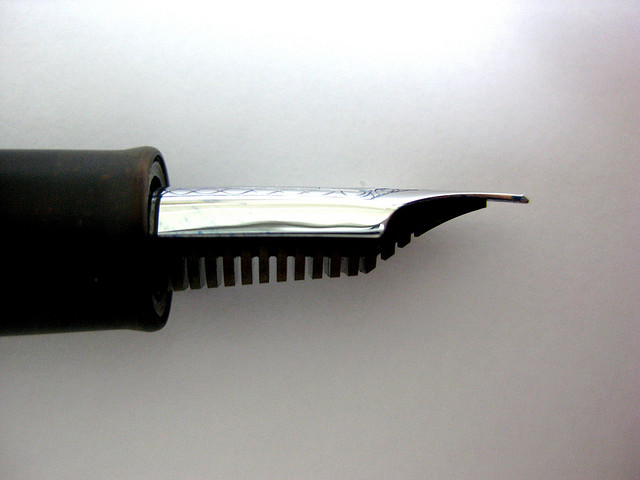 Suffering from writer’s block? The creative process can be a roller-coaster ride

When people ask me what I do besides my degree, I go through a tiny but detailed list of my hobbies and the clubs and societies I am involved with. The last thing I mention (if I do so at all) is writing.

Later on, I feel shameful of this act, mostly because on the occasions when I do mention it people seem genuinely interested and even excited about what I write. However, I have certain reasons for avoiding this topic as a conversation starter, even though is a large part of who I am.

Here’s the thing – being a writer is difficult to define. We all think we know what it means: you sit down and put your ideas, knowledge and feelings onto paper, trying to make clever use of the English language at the same time. Full stop.

And the next paragraph starts with a description of an already incredibly successful writer like J.K. Rowling, Suzanne Collins or George R.R. Martin whose stories have in one way or another changed the way in which we see the world. This leads to millions of novels sold, possible film adaptations and interviews in which you talk about how you came up with one particular scene whilst overhearing a conversation in a coffee shop. And they live happily ever after … again, full stop. Do you notice a big gap in the middle?

Indeed, as my fellow writers will know, it’s not like that at all. These examples are fairytales inside a fairytale world. The real deal is this: sometimes being a writer results in an everlasting inner battle between what you want to write and what you think people would like to read.

Other times it leads to long periods in which anything that interrupts your ‘flow’ (and by ‘anything’ I mean other people) is regarded as the most annoying thing in the world. On the other hand, your mind can sometimes flood with ideas that you cannot wait to write down. Obviously, this can be stimulated by experiences within the world around you, being inspired by people and every other tiny detail your eyes, ears or other senses grasp. However, on other occasions the dreaded ‘writer’s block’ decides to set up camp in your brain and there is not a sentence, a word or even a comma that you don’t absolutely hate even before it reaches the page (as you can see, writers are by definition a little bipolar). It is at moments like this, in which the struggle defeats us all, we start to wonder whether we even classify as writers at all. Well, let’s take a look at the evidence.

You have written stories/poems/articles/essays for years, showing them to a couple of friends for ‘proof-reading’. When (and if) there has been a positive response you have still been too afraid, or have such a low opinion of your work that you store it away with the idea of maybe trying to ‘publish it later’. And although this is your most desired dream, you barely muster up the courage to set down a blog (that is, of course, if you have the discipline to keep one up). Even so, you constantly write things down that are never seen by another pair of eyes, and you spend your time on the bus or in the queue at Tesco’s detailing witty dialog in your head. The fact is, although you believe what you are writing is rubbish, you enjoy it. You love writing and it fills you in a way nothing else can. Because – and we all know it – there is no better feeling that when you get that one sentence just right.

If all this is true, and you have reached this point agreeing with at least that last sentence, then why are you in doubt? You are a writer, and no quantity – or lack of – New York Times Bestsellers or Pulitzer prizes will change that.

“Then,” I hear you ask “how do I know if I’m a good one?”. Well, you don’t. Not if you don’t let others see your work and allow constructive criticism to polish your method and process. The public – your public – may express their opinion about your writing and this should have an effect on you. But only you know how much of that response is useful and only you know how much work has been put into a piece. Because, and my general point is this, whether you write for a newspaper, magazine, academic journal, fiction blog or simply poetry; the amount effort that one puts into producing something (something one thinks is worthy of other people’s eyes) is paramount. Only other writers know what this means – if it is possible to really know such a thing.

What I’m trying to convey here is not only a filling up of the gap in the writer’s story I mentioned at the beginning, but also to encourage fellow amateur writers like myself. Anything can be the first step into a more serious writing ‘career’. Because this – I finally confess – is the first piece of my own writing that will reach the eyes of others who are not close friends or academics. It is the first piece of my writing to ever be set under the eyes of an editor. It’s a first attempt at the most important aspect of becoming a successful writer: trying to get published.