What if the world was a … library? 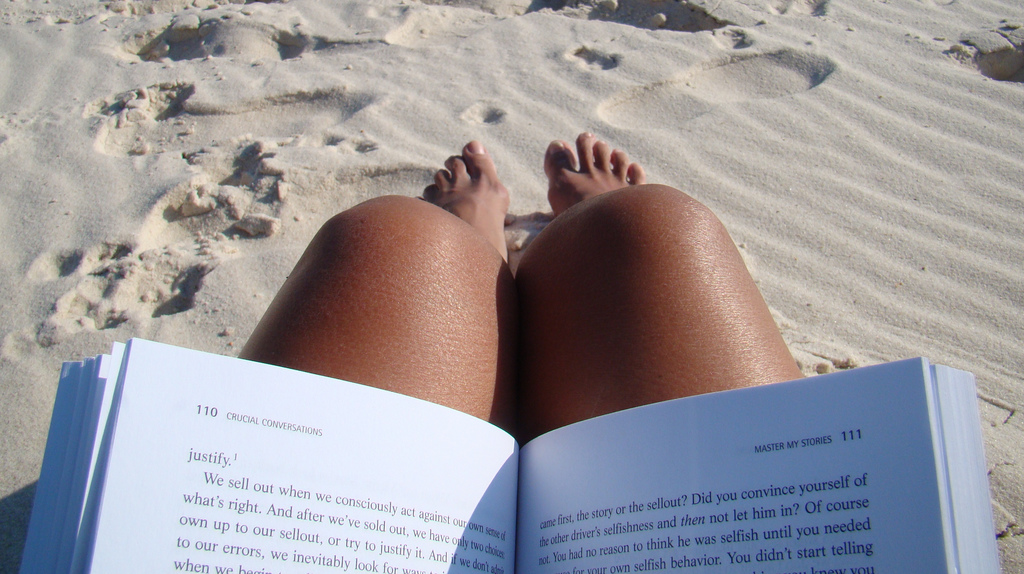 Books become travellers entirely of their own accord with the aid of new website bookcrossing.com

I still remember the day I first stumbled across Ballycumber.

After finishing a cup of coffee with a friend in a cosy little café, I realised I had nothing to read on the way home. I hate it when that happens, because there is nothing less productive than twiddling your thumbs at a bus stop. So when I set eyes on a little bookshelf propped in a corner, I felt like a traveller in the Sahara spying an oasis in the distance. Unable to resist, I picked one up and realised that I could borrow the volume for free. This marked my entrance into a whole new network of book enjoyment.

After further inspection, I took a copy of The meaning of Liff by Douglas Adams. It’s a dictionary containing all those words we always find ourselves grasping for, but which simply don’t exist in our language, such as “Ballycumber: one of the six half read books lying somewhere in your bed”. Yes, it’s somewhat pointless – I still found it hilarious. I bet you’ve all come across as many ballycumbers in your lives as I have.

It wasn’t until later that I noticed the little bumper sticker on the back of the book – showing a yellow book with arms and legs – which reads:

I’m a very special book. You see, I’m travelling around the world making new friends. Please go to www.bookcrossing.com and enter my BCID number. You’ll discover where I’ve been and who has read me and can let them know I’m safe here in your hands. Then read and release me!

My new book was claiming to be a traveller! The idea intrigued me, and so I logged onto the website at my next opportunity. I learned that my book had just started its “journey”, and that the shelf I had got it from was in fact an “Official BookCrossing Zone” (OBCZ). These zones make the exchange of such books easier, and the yellow limbed character I’d seen depicted is the logo of the website. Suitably its creators named it “Ballycumber”, after the entry in the Douglas Adams – which coincidentially happened to be my first Bookcrossing find. Wherever I see Ballycumber now, I know that there must be free books nearby.

I immediately loved the notion of a “travelling” book and so I registered, made a journal entry for the book I had found and decided to set free some of my own books that had been sitting on the shelves unnoticed for far too long.

There are two types of releases on Bookcrossing. You can either release a book “into the wild” – meaning that you literally just leave the book anywhere where it can be found. For example, on a bench in a park or in a doctor’s waiting room. Some people have released their books into trees, and apparently one individual selected a water fountain as a suitable spot. The book was well protected I hope. If you’re a little less adventurous you can stick to the shelves in OBCZs. There are also “controlled releases”, which means you pass on the book among friends or family.

The good thing about Bookcrossing is that readers can remain anonymous; there is no need to register in order to record a book you’ve found. However the slogan, “The books you read, the people you meet” suggests that you don’t have to stay unknown. In many places there are regular “Meet Ups” for Bookcrossers to meet, swap books and exchange views about them. If you live in a Bookcrossing-free area there are still many ways to share books with fellow members. Participants in “bookrings” send the book to the next member who wants to read it once they themselves have finished the tome. “Bookboxes” enable you to swap a few of your own books for the content of the box.

Of course, not all books report back and some of those that do take years. But when this does happen there are often nice surprises: long journeys across continents that you’ve never even thought of visiting, or little personal stories from the finders attached. For me, the best thing about Bookcrossing is that I have picked up books that I never would have considered otherwise and felt encouraged to experiment with new genres.

It seems that there are quite a few people who love this idea of sharing their books with the world. Bookcrossing was launched in 2001 and since then over 992, 000 members have registered almost 10 million books globally. Yet it’s one of those projects that only works when the word is spread and people are willing to try out something new and different. So, don’t be shelf-ish – give freedom to the books you’re never going to look at again and help to turn the world into a library!