Michelle Wray in Literature on 8 February, 2012. 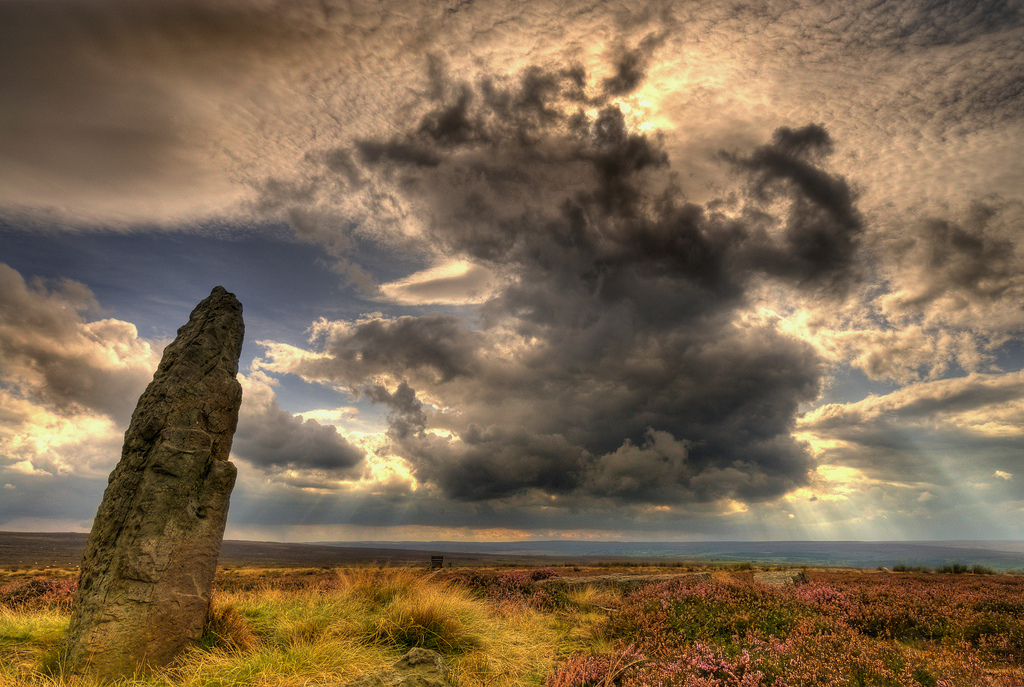 “My love for Heathcliff resembles the eternal rocks beneath” – Cathy in Wuthering Heights.

I’m not sure I’m all that interesting. Interesting things have happened to me. But when I sit and think about me I don’t think I’m very different to anyone else. In fact others are more exciting and talented than I will ever be. I’m certainly no Emily Brontë – I can’t imagine I have a Wuthering Heights in me, waiting to burst out and enthral and confuse critics for centuries to come. I rack my brains sometimes in an effort to come up with something new. There is a certain haze of superiority around creative people that people like me see and envy. How does one even go about writing ‘literature’? Something that will stick in everyone’s minds and keep them guessing. Something accessible to every reader. Something that school children digest in their class as the teacher optimistically passes the dog-eared copies around. Dog-eared because the same scene has taken place every September for years.

The author must have something to do with it. But exactly what kind of person is a great writer? Quiet? Dynamic? Passionate? Perhaps, I think to myself, there’s no set formula. I’ve spent an entire February Saturday reading critical interpretations of Wuthering Heights, from the ridiculous (what is it with feminist critics and the word ‘phallic’?) to the mind-opening. Who is Heathcliff? What is the extraordinary relationship that he and Cathy share? One critic writes something like ‘is their relationship transcendent or horrific?’. How do you do that? How do you write a book that is read for generations and whose meaning is still so ambiguous?

I love Wuthering Heights. I know that’s quite an overused sentence – ‘I love…’ – but I do. For many years, I couldn’t get along with the book because I couldn’t sympathise with the characters. I struggled through the plot at 15 and then again at 17 and again at 19. I knew I should read it but I didn’t enjoy it. That is until last year, when I sat in the heat of Spain with this strange sticky smell in the air from the orange trees on the hillside below, and suddenly I was reading voraciously and saying to anyone who came near me, “This book is amazing! I love it!”. What changed in me – age? International travel? Or had my mind been stretched and formed by a year of studying English at Durham? I say that sarcastically but maybe that’s it. A willingness to be pretentious probably helps.

There is so much to admire in Wuthering Heights. Brontë pulls you into a close connection with her characters, and every word is laden with implications. It’s not a book with easily defined themes and a one-dimensional plot. Emily Brontë subverts traditional form with ‘hear-say’, framed narration and a preoccupation with the barbaric which is startling to read because it is written so simply. Her decision to extend her story to cover the events of the next generation of the Earnshaw and Linton families was something that I used to find hard to understand, but the plot has every reason to continue. Heathcliff and Cathy’s identities are fused together for they become one. Cathy cries, ‘I am Heathcliff!’ and Heathcliff echoes this after her death, ‘I cannot live without my soul!’. These characters are so passionate and unworldly – their relationship is about something more than love alone, combining the emotion with hate, anger, selfishness and utter selflessness. Their story is tragic and uncomfortable and there is nothing easy in reading it. The world that Brontë has created transfixes me, for although the characters live a simple, rural life, strong emotions push forward every step in the story. The earthy narration of Nelly Dean makes the supernatural and startling elements seem all the more real. As a reader I believe every word, I feel strongly about the characters even if it is dislike. I appreciate the lack of predictability.

I read One Day by David Nicholls this week. I had been meaning to read it for a long time as it’s had great reviews and I was curious. I did enjoy it, but I don’t think that in a century from now university students are going to be studying it. I’d like to post the question: what makes a great novel? However long you spend studying English literature, the secret formula remains elusive. It transcends the knowledge of how to structure a good plot and write believable characters instrumental to the plot. There is something more than that to it but I can’t figure out quite what it is, and a scroll through JSTOR shows that critics can’t either.