Justina Crabtree in Literature on 9 November, 2011. 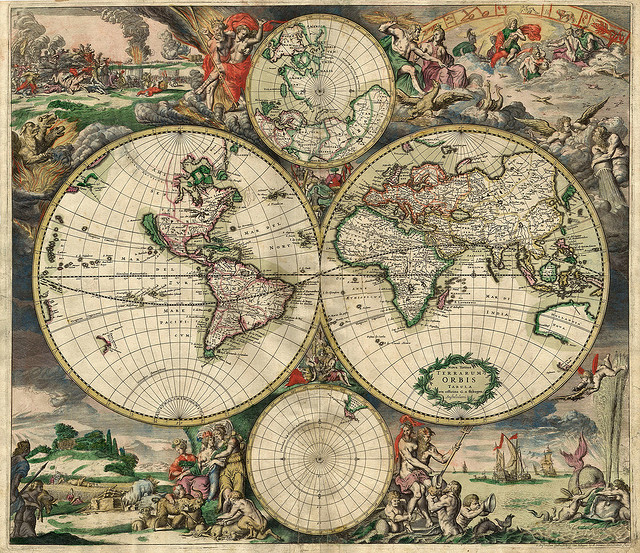 The old-fashioned reader is one that prefers the comforting, weighty and substantial feel of a book in their hands, and for whom the very thought of an online literary journal dedicated to the exploration of translated literature feels to be an almost unbelievable concept. Previously, I’d have firmly labelled myself as being of this camp, and generally consider the Internet a purely recreational tool. Needless to say, I was initially unsure what exactly Asymptote – an online publication of the previously described type – could possibly bring me. However, having perused the site with an open mind, I was enlightened to a journal offering a wide-ranging collection of fascinating literary titbits, bite-size sections of fiction from exotic cultures, easily navigated through and ready to be explored.

It initially seems odd that a literary journal – therefore one chiefly concerned with words – should derive its name from mathematics. The site’s creators do explain the method behind this supposed madness. In acknowledging the imperfect nature of translating language and the inevitable inaccuracies that arise, an asymptotic line is evoked. It tends towards an axis – of original meaning intended by the writer – yet never reaches it exactly. Asymptote’s readers are presented with a range of fiction in the key forms of poetry, prose and drama, as well as a selection of critical essays and interviews. Cultures beyond our own are demonstrated to have a strong sense of literary tradition, even if their works are deemed too obscure, exotic or remote to find a place on the shelves of high street bookshops. Beyond the focus on exploring the power of the written word, Asymptote moves beyond literature itself with a photography section, serving to emphasise that the site is as much about spreading stories as it is about intellectually interesting literature; as the common proverb goes, a picture is worth a thousand words. The website’s impressive stats are worth a mention – the Asymptote’s introduction and mission statement boasts that the first 3 issues have featured over 200 authors and translators, who have worked collectively in a total of 33 different languages. Having significantly expanded its readership in recent issues, the journal has received a flood of critical claim from an array of sources, both online and in print.

Much of the Asymptote’s contents serve to remind us that opinions transcend language barriers. The site often reveals its ambivalence on the nature of translation itself and its ability to spread ideas, as in an article entitled Choosing the Wrong Casket, the writer Christian Smith claims, “Translators can thus be seen as authors in their own right, with their own textual agency and tendencies. Their translation choices betray any attempt on the part of translator to remain in the background”. This reflects one viewpoint on a fundamental question posed elsewhere in the publication, as the interviewer Sun Kyoung Yoon questions her subject, “Is the translator destined to be invisible?”. Largely, we can assume that Asymptote believes that this ought not to be so, a sentiment emphasised by the internationally based editorial team and frequent inclusion of a translator’s note to clarify the ambiguities a particular work may present.

In relation to this open acknowledgement of inaccuracy, Asymptote appears to relish a sense of both knowing and not knowing what is being written about, almost enjoying the idea that communication is both enabled and obscured through translation. This linguistic paradox is highlighted by the inclusion of both the original text, an English translation and often an audio version of the work, thus oscillating the reader between knowledge, and having meaning utterly obscured. This encourages a dual awareness in our appreciation of Asymptote’s articles, as the reader is able to both cultivate a deeper intellectual interest through reading the texts in our own language, yet is also permitted the purely superficial admiration of foreign tongues. This sense of a literary limbo is also reflected in the nature of the fictional pieces selected, as in particular the short prose and drama sections catapult us into a completely new, yet finely detailed world where no before or after is offered to provide the present with any sense of continuity. Asymptote’s reader is expected to be well versed in the skills of extrapolation. In his sequence of dramatic scenes entitled Holy Land, the Algerian writer Mohamed Kacimi constructs a hazy web of relationships whilst also managing to be absolutely explicit about the atrocities of war and its effect on his characters. The great chasms in our knowledge of the texts force the reader to begrudgingly accept that a successful piece of literature is one that conveys its fundamental message and evokes the desired feeling; a “satisfying” amount of detail is superfluous. This idea is also reflected in Life is so Short, a Spanish short story by Quim Monzó describing the fleeting experience of a man and woman – previously strangers – trapped in an elevator and thus briefly isolated from the outside world. The transient nature to Asymptote’s published fiction provides an additional mysterious beauty to the pieces, plunging the reader into a new dimension yet also reminding us how far away we are from these foreign cultures.

It is this simultaneous nearness and distance to translated literature that lies at the heart of Asymptote. Undoubtedly, it is rather bewitching. The site offers an easy way to discover something completely different in our reading, and all of the texts serve as starting points for new webs of exploration. Having perused Asymptote’s diverse range of articles thoroughly, I can now happily vouch that the Internet is the only appropriate publication medium for a journal which spreads across so many cultures and countries, enabling the freedom of being accessed worldwide, beyond the politics and economics of publishing houses and print journalism.

To find out more, visit: http://asymptotejournal.com/