Julia Sanderson in Literature on 2 December, 2013. 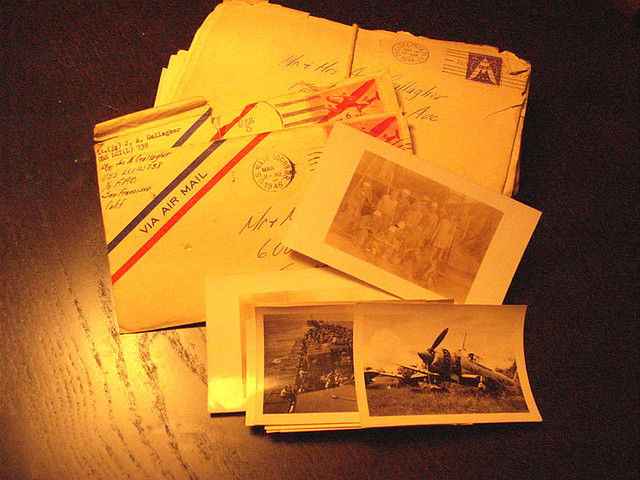 Is there any place for the letter today?

Let’s face it, in this day and age, letter-writing is something of a dying art. Beyond the odd postcard or birthday card, it’s an undeniable rarity to receive snail mail from one of your friends or relatives.

As university students, we are accustomed to having friends scattered across the country, or even the world – yet letter-writing is certainly not the go-to format for having a catch up with our long-distance loved ones. Naturally, with the advancements in technology that have been ongoing for decades, the writing of letters seems to be something that belongs to an earlier time. The undeniable, pressing need for convenience and speed in modern life does not, generally speaking, allow for this drawn out process.

It would perhaps not be surprising if, in only a few short years, letter-writing became entirely obsolete. While this may or may not occur just yet, the question remains – what of it? There are no doubt many who would argue we are losing something in replacing handwritten letters with texts, emails and instant messaging, but it is worth wondering what exactly we may be losing – and if it is actually a problem.

It must first be acknowledged that, while it is doubtlessly declining, letter-writing is not dead yet. While we are much more comfortable with texts and social networks, there are definitely instances of letter-writing lingering amongst us. When I first came to university, for example, I received a long and lovely letter in the post from my stepmum, which was a complete surprise and something I very much treasured, and have kept safe ever since. My housemate’s mother regularly sends her, along with her care packages, handwritten notes – in rhyming verse, no less. Two of my best friends are separated by several hundred miles until January, as one of them is spending a term studying abroad, and while they communicate of course using the abundant technological methods available to them (including innovative Apps), he also apparently spent painstaking hours writing and sending her a letter. And perhaps that’s the thing about letter-writing: one of its key attractions (as well as its inconveniences) is that it requires such time and effort.

Allegedly, the average person handwrites around thirty words per minute, and studies suggest we type around forty words per minute and upwards. Though, a couple of online tests indicate that my speed (when really going for it) is a lot more than that: around ninety words per minute. I’d be willing to speculate that in this era, when the lives of young people revolve so much around typing – whether it’s Googling, Facebook chatting, emailing, or essay writing – we are probably getting faster on average. So, if you can type doubly or even triply as fast as you can handwrite, technological communication is easily the more convenient and effective option for getting down your thoughts ASAP.

And, obviously, that’s not even the half of it when it comes to letter-writing. If someone has gone to the trouble of hand-writing you a letter, putting it in an envelope, finding your address, buying a stamp, and walking to the nearest post box in order to get it to you, there’s definitely something to be appreciated there. Especially given that they could just hop on their laptop, bash out some words, and press enter.

There is clearly something very romantic, or at least romanticised, about letter-writing, because it is outdated, because it is archaic. It is much more of a remarkable choice these days than it once was. It is also perhaps a strikingly formal one – it’s not quite got the casual air of dropping a quick Facebook message of ‘Hey! How’ve you been?’ It clearly requires a much closer relationship. The idiosyncrasies of handwriting, for example, perhaps create a much greater sense of intimacy than the default Facebook chat font can manage. There’s something much more tangible about it, about seeing where their pen or pencil marked the page, and touching the same paper they touched.

However, perhaps this is a superficial idea, and a luxury that we don’t necessarily need any more in order to find significance in words. Even the emotional response to the handwritten word regarding celebrity autographs seems to be being slowly replaced by triumphant printscreens documenting a follow, retweet or direct message from them on Twitter! It seems, really, that our sense of the meaningfulness of interactions is evolving away from this requirement for physical ‘evidence’, to incorporate less tangible technological forms.

Some may consider this an abominable, tragic idea, but I for one do not. I think, if anything, being able to appreciate personal meaning in communication regardless of its physical form – like coming to appreciate and recognise a specific friend’s typing style and use of emoticons, for instance – shows new a kind of sensitivity and sophistication.

Besides, change in format like this is inevitable, and, in my opinion, it should be embraced rather than resisted. I feel there is an element of closed-minded elitism in clinging to modes of the past as superior to current and developing ones. Yes, we do communicate now via text and the internet instead of by carrier pigeon, but this is not an intrinsic negative.

The Polish poet and writer, Piotr Czerski, has commented that ‘The Internet to us is not something external to reality but a part of it: […] we are the Web; we, communicating with one another in a way that comes naturally to us, more intense and more efficient than ever before in the history of mankind.’

I think this is a pretty exciting way to look at the evolution of communication and the written word in our society. Progress is an achievement, and besides, we accumulate modes of communication, rather than just immediately scratching out the old; we’re not abolishing phone calls just because FaceTime was invented. Of course, with technological progress comes at least some level of gradual replacement, but nobody is outlawing letter-writing. It is not obsolete yet, and there’s no way of knowing if or when that will occur. I think it is likely that people will make use of the physically written word in communication for a long time to come, and I’d like to hope so.

But, regardless, we should welcome the new communicative forms available to us with enthusiasm, rather than snubbing them to mourn over letters. Otherwise, in the future, we’ll just look like fools shaking our fists at the new-fangled telegram.