The truth about Fifty Shades of Grey 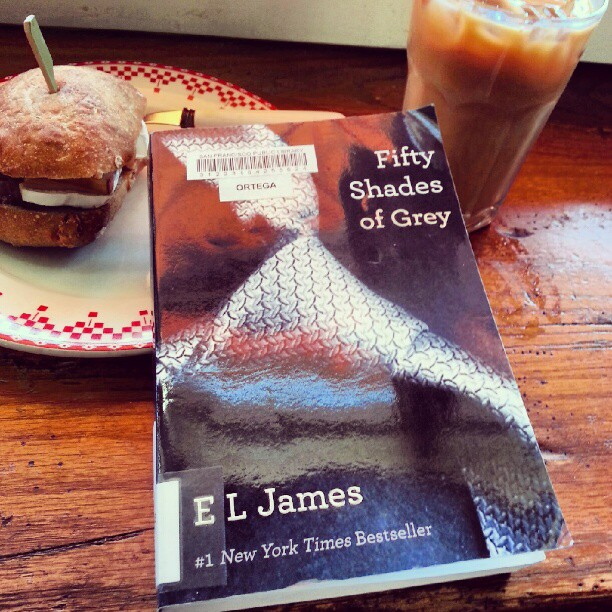 Would you dare to read it in public?

Following a four year literature degree and some painful ﬁnals, the mere sight of a book made me nauseous. Unsurprisingly, two weeks into my summer holiday, I found myself scouring Heathrowʼs WH Smith for a trashy novel. I think you know where this is going… a book about a literature student who falls dangerously in love, why not? After the ﬁrst couple of chapters, I put the book down and perused the airline’s movies, yet somehow that book was back in my grasp within about ﬁve minutes. I spent the next nine hours absorbed in what has now been deemed ʻmummy pornʼ. Yes, I read Fifty Shades of Grey.

When I returned to the United Kingdom three weeks later, I noticed that advertisements for Fifty Shades were permeating my home city: obscenely crude advertisements on the London buses saying ʻclimb aboard’; how stylish. A number of my friends began to ask me whether I had read this new book, and the tube was full of it. It was like Harry Potter all over again, but a bit more naughty. My dirty secret was no longer a secret; bookshops were brimming with this adult novel, this ‘BESTSELLER’!

Before you look away in disgust, I would like to bore you with the facts: Fifty Shades is in fact the fastest selling adult novel in Britain so far, selling more than 5.3 million copies; that is more than Dan Brownʼs The Da Vinci Code and Rowlingʼs ﬁnal instalment of the Harry Potter series. It also superseded the Highway Code (shock horror), making it the UKʼs best-selling novel of all time. Withstanding these impressive ﬁgures, E. L. James has received vitriol from every corner of the media. The question remains: Why is it so damn popular? Why have so many taken such a snooty approach to this novel while downloading it onto kindles and surreptitiously reading it when they think nobody is looking? And wherein lies the appeal to this heavily critiqued ʻeroticaʼ, particularly among women?

I know someone out there will have overcome the urge to delve into this novel and I therefore will not offer any spoilers. BUT, basically, the book follows the experiences of literature student Anastasia Steele whose hobbies include reading Austen, feigning ignorance to the fact that her best male friend wants to screw her, not masturbating, not having an orgasm, being a virgin and keeping her inner goddess dormant. Her sins include self-deprecating thoughts and insecurities. Anastasia falls in love with a gorgeous, messed-up billionaire masochist who owns a private jet, many properties, has servants, a shrink and a ‘playroom’ in his pied-à-terre. By the way, did I mention that he is loaded? Grey does have his failings, however, as we learn that he was adopted after his mother deserted him as a child. As a consequence he is emotionally unobtainable; in short: he is a playboy cliché. Mr Grey invites Anastasia back to his apartment and asks her to sign a contract to become his ʻsubmissiveʼ. Christian Grey then takes her virginity and the rest is history. Jamesʼ story follows their relationship and is interrupted (or sustained) by the occasional romp, whip and orgasm.

It does not take a literary scholar to fault these novels. Critics have relished tearing this book to shreds and at this stage it seems rather superﬂuous to highlight the series’ failings but I shall indulge myself anyway. My ﬁrst criticism would be the protagonists’ names: Grey and Steele (no expansion needed on this). Secondly, the title seems to imply variety and hidden depths, which is a bit misleading when the novel is an unrelenting conglomeration of every single romantic cliché that has pervaded literature since the days of Shakespeare. As for the plot- what plot? I seemed to just skip from one sex scene to the next. The dialogue leaves a lot to be desired:

“You completely beguile me, Ana. You weave some powerful magic.”
“Iʼm the one beguiled,” I whisper.

A ﬁrst person narrative usually helps to create a bond between character and the reader. However, I think Anastasiaʼs thought process can only be described as very, very grating. Anastasia maintains a dialogue with the reader and occasionally makes references to her ʻinner goddessʼ. Yawn!

Don’t forget to read , which will be available from tomorrow morning!