The Tradition of Reading Trash and Pig Swill

Elizabeth Briggs in Literature on 14 December, 2011. 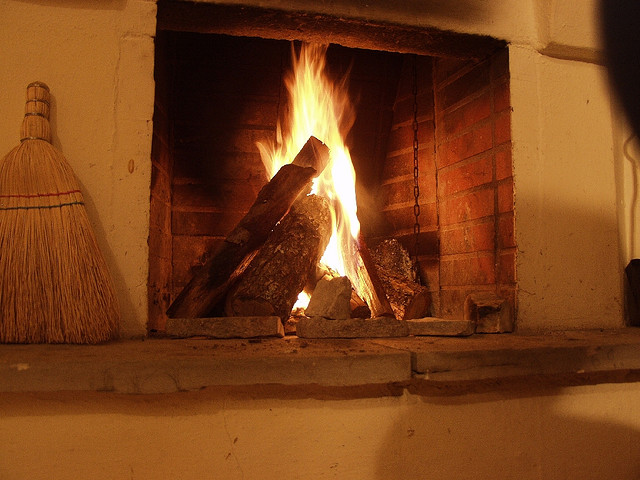 Rather than burning out, read something you enjoy this Christmas

It’s cold outside and you’re snuggled up on the sofa with a blanket enjoying the peace and a piece on Jennifer Lopez’s £650 eyelash extensions… and then it happens. “Back in my day The Faerie Queen was considered a light holiday read.” “When I was doing my O-Levels, we had to learn the whole of Shakespeare’s first folio by heart. Oh, and the Old Testament, too.” Suddenly, Glamour loses its appeal.

Holidays are a time for remembering how to enjoy reading again whatever your personal tastes, and if a parent tries to tell you that they didn’t have “trash” like that when they were younger, it simply isn’t true. Perhaps it is more accessible now, but sensational texts written to shock, insult or amuse the simple reader have always been as popular as the epic or novel – only no-one seems to bother to ensure that they survive, as though we can quietly forget, at each turn of the century, these embarrassments to our tongue. Some, however, crawl back out from under the carpet, testimony to the ancient tradition of reading for a purpose other than a purely academic one. Take, for example, the testamentum porcelli, a very silly piece of Latin dating back to the fourth century where the piglet M. Grunter Hyena foresees his death and records his will, bequeathing his property, amongst others, to his father “Verrino Lardino”, which we can translate along the lines of “Hoggy Lardy”.

It is often naïvely assumed that anything existing in a dead language carries with it weighty pomp and gravitas, and yet the monks at the Monastery of Benediktbeuren (not far from Munich) in the 12th century chose to write many of their verses in Carmina Burana in Latin, which dwell upon their drinking, gambling and hedonistic lifestyle. If ever you have a chance to see Carmina Burana, please do, and please join me in smiling indulgently at the solemn expressions of the choir. The subject matter includes stripping naked over a game of dice and requests to God to allow the singer to take away the virginity of his lover. It’s pretty racy stuff and of course highly blasphemous, particularly towards the end of In taberna quando sumus, where any who frown upon the revels of the drunkards have a curse evoked upon them and the wayward monks request that the killjoys ought not to feature in the Book of the righteous.

This stainless reputation which Latin enjoys (probably on account of the stainless reputation which the scholars who study it maintain!) has come in handy more than once to later generations. Catullus, one of the ancient wonders of the world when it comes to love poetry, was not adverse to a bit of invective, either. In fact, some of his poetry was considered so offensive that he was not openly published in England until the late 20th century. If you are looking to lose your eyebrows into your hairline, you could do worse than reading in any translation (although I would recommend the Oxford World’s Classics edition, translated by Guy Lee) poems 16, 21, 23, 33, 39, 42, 58B, 80, 88 and 97. Forty-three of Catullus’ surviving poems, composed mainly between 61 and 54 B.C., are written in hendecasyllables which is a colloquial metre for poetry, evoking everyday speech. Insulting verse was thought most clever, as to attack the inelegant served to make you seem more elegant. Although still stylishly written and adhering to the metre, there can be no denying that these poems cannot be taken at anything other than face value, written either as incredibly strong insults or because Roman taste, which flaunted giant phalluses on stage in their comedy plays, found this sort of sexual humour funny. We shall not dwell on it too much as these poems are completely self-explanatory, but let it suffice to say that poetry which makes use of vocabulary like cunnus is probably better left not translated, whilst the likes of irrumator cannot be, as nobody was quite vile enough to dream up an English equivalent. As far as I am aware, Latin is one of few languages with a vocabulary extensive enough to provide a single word for “one who forces another to perform oral sex on him”. If you are still doubting the offensive force of Catullus, you may remember the case of Mark Lowe, the millionaire hedge fund boss, whom Ariane Gordji was attempting to sue for a casual £4,000,000 after he sent her the first line of Catullus 16.

Perhaps if you are looking for a retort to a smug busybody looking to criticise your chosen reading material Catullus is not the right place to go for an insult. Use instead “whoreson loggerhead”, “bastardly rogue”, or “foul slut” instead, which anyone who really can recite Shakespeare’s first folio will appreciate. If you are more placid in nature, smile sweetly and remember “’Tis the good reader that makes the good book” and when outside the university or work bubble, becoming a little more cosmopolitan is of great benefit, interest and amusement. If you are still too proud to be seen devouring a thriller, wedge your choice between the pages of an old maths textbook. That way, you’ll guarantee yourself some fireside peace and quiet.