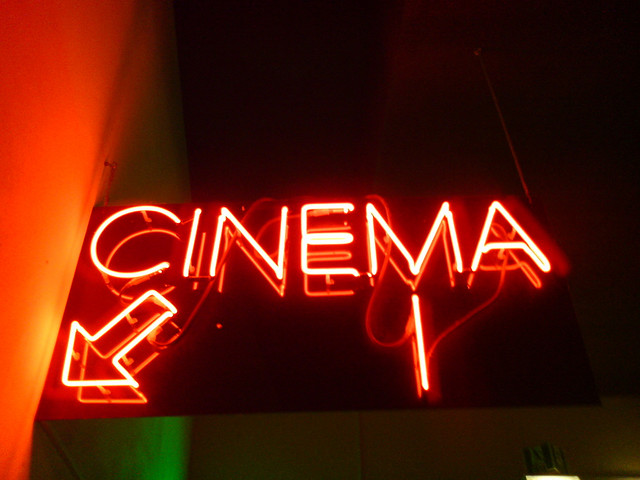 Can film adaptations ever live up to the infinite imaginative possibilities that literature provides?

I have this principle: I don’t watch a film before I’ve read the book. I don’t want to ruin my imagination (the film that is playing in my head while reading).

Naturally this limits my opportunities to go to the cinema, so I try to read books before they are turned into “major motion pictures”. After watching any of these eagerly anticipated films – which are praised by critics and fans of the book alike – all I feel is disappointment. Harry Potter and the Prisoner of Azkaban and A Series of Unfortunate Events are two of the most recent books-turned-film I tried before giving up all hope. You name a film based on a book; I’ll tell you it why didn’t live up to my expectations. My most common nag lies with screen writers, who both cut the story in the wrong places and make absolutely unnecessary changes.

Admittedly there may be a few exceptions, namely Schindler’s List and The Lord of the Rings. Of course, these stories had to be altered due to length restrictions yet the former is a good example how sometimes film can convey emotions where words fail. There is a reason why literature struggles to express the horrors of the Holocaust: maybe this is where the saying “A picture says more than a thousand words” proves to be true. To my mind, there is no scene more tragic in the history of cinema than the girl with the red dress. Some stories may indeed be more suitable for the screen than for the page.

This is not true for The Lord of the Rings. I will always favour the books over the film versions, although I cannot deny that I thoroughly enjoyed them. Admittedly there are quite a few unnecessary changes to the story, probably brought about because more cinema regulars are pleased by a fair elven lady being chased by the dark riders than the “merry fellow” Tom Bombadil. I think that the reason I enjoyed watching The Lord of the Rings – as well as reading them – is because they evoked feelings in me similar to those I experienced through Tolkien’s words alone. There is a love for detail that I miss in many other book-based films. I have no doubt that Peter Jackson and his screenwriters love the books as much as I do, and this makes a world of difference despite a few blunders (I still cringe at Arwen’s “If you want him, come and claim him”).

When a book is adapted for the screen, plot and character development often have to make way for special effects. Usually, the fame of the leads is more important than compatibility with the characters they are playing. There is debate about whether or not films ought to be classified as independent pieces because they do include enough details of the original to do it justice. For me, TV series like True Blood and The Vampire Diaries can work better than a film version would (though admittedly in the case of the latter there were no high expectations in the first place!). Due to their length, TV series are able to explore more facets of a story. If successful, they can be renewed for more seasons providing more opportunities to explore characters in greater detail than the book does. Thus TV adaptations are more of an independent story based loosely on a literary idea, whilst films will always be a mere imitation of the original book.

Just to clarify one point: it’s not that I’m a passionate film-hater. On the contrary, I genuinely enjoy a good film! Of these, there are plenty that are completely original. In fact they even have their own category at the Academy Awards: Best Original Screenplay. If you look at past winners and nominees you will find a few of my favourite films among them: Crash, Hotel Rwanda, and Dead Poets’ Society. This category is more diverse in genre than any other at the Oscars – animations (WALL-E, Finding Nemo) get nominations alongside foreign language films (Pan’s Labyrinth, Amélie). However different, these films all have something in common: they are original, creative and tell a story we haven’t heard before.

Nevertheless, Hollywood shows little inclination to get more creative. So often, it is not about originality or art, but a well-known story that sells in the box office. Let’s face the truth: while the producers of Juno took a risk in turning taboo into a film and were surprised by its immediate success, it is impossible for productions such as Twilight or Harry Potter not to succeed. Fans will pay to watch – no matter what Hollywood turns the story they loved so much into.

Personally, I will not watch The Hunger Games, exactly because I loved the books so much. Yet I know that I will be one of the few that hold this attitude, and when everybody is talking about the film, will be mute. I already know what I’ll do with my time instead: there are a lot of Original Screenplays that I haven’t seen yet!