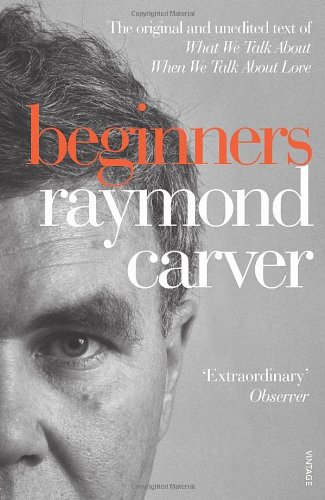 Carver: only half the author?

What We Talk About When We Talk About Love was published to instantaneous acclaim in 1981, and its distinctive prose forged the reputation which Raymond Carver still commands today. When Beginners, the original unedited version of the earlier collection, was published in 2009 it became obvious to Carver scholars and readers alike that there was a significant discrepancy between the two texts. It emerged that Carver’s editor Gordon Lish had deleted large portions of the manuscripts, up to seventy per cent of some stories, and consequently created much of the sparse, taciturn, minimalist style which came to be known as “Carveresque.” Although such large-scale cutting is not unheard of, Ezra Pound’s editing of T. S. Eliot’s “He Do the Police in Different Voices” to what became “The Wasteland” is a seminal example, it nonetheless raises questions about the editor’s role and authorial intentionality.

Both Tess Gallagher, Carver’s wife, and other scholars have suggested that Carver wanted Beginners to be published in its original form. They maintain that Lish’s editing altered the nature of the stories and Carver remained unhappy that they were no longer the stories he had intended them to be. What complicates matters, however, is that Lish’s versions of the stories appear to be more sophisticated. Even Carver admitted that “the changes are brilliant and for the better in most cases.” By focusing on the title story of both collections: “What We Talk About When We Talk About Love” and “Beginners”, and examining Lish’s editing through his deletions and alterations of names and endings, I will show that Lish became interventional in his editing. He created Carver’s style and gave the stories the stylistic flair which made them memorable. The debate over Lish’s editing is important because Carver’s authorial intentions were not the same as Lish’s. It was Lish’s designs upon the text which gave the stories the depth and attributes which we consider “Carveresque”.

By cutting the text of some stories substantially, Lish created Carver’s minimalist style by keeping only the bare bones of the story on the page. From the opening of “Beginners,” Lish cuts the line “It was Saturday afternoon” losing the exact details of the setting. Certain actions are also removed. Herb no longer “makes a face” and we do not hear how Nick “asked [Laura] to dinner” during their courtship. Through this editing, Lish removes the characters’ backgrounds and restricts their movements. Rather, the reader learns about the characters through their dialogue. Framed with Terri and Mel’s storytelling, each character’s perception of the story reveals their personality. When Terri states that “I still feel sorry for [her former lover]” it becomes obvious that Terri and Mel do not agree on this issue as in a past exchange Mel has been adamant about his version, stating “I know what I know.” Lish edits out the additional sentence in Beginners which clarifies Herb’s irritation: “Herb stared back” (B 180) as it is unnecessary. It detracts from the dialogue which elucidates the characters’ personalities to the reader. Lish’s editing, by comparison, gives the story sparseness and simplicity through what the characters say rather than what they do. 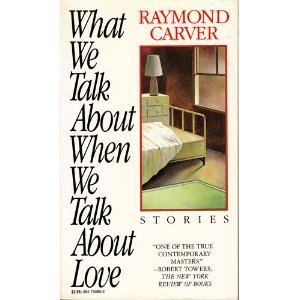 Furthermore, Lish breaks Carver’s passages up, giving more impact to certain sentences. These pauses reveal aspects of the characters’ lives to the reader. By introducing a section break after Nick “held” Laura and again after he mentions their courtship, Lish draws attention to the details of their love affair. Lish intends that the reader pause at these moments and reflect on the version of love they are presented with, just as Nick pauses to reflect, and yet Lish’s text is reluctant to divulge any more. This aspect to minimalist style is not present in Carver’s original where all the paragraphs flow into one another. Lish also places each sentence of dialogue on its own line and minimises description. So whereas in Lish’s edit we are told “Laura said I don’t know anything about Ed…” Carver begins the line with Nick’s description of “my sweet, my big Laura”. Carver’s version keeps the dialogue focused on Nick and his perception of Laura, but Lish’s cleaner, more reticent version places the emphasis on what she says, forcing the reader to come to their own conclusion about what Laura is like.

Lish is also responsible for the creation of the “Carveresque” social focus which John Barth memorably termed Carver’s “Post-Alcoholic Blue-Collar Minimalist Hyperrealism.” In the opening of Lish’s edited version we are told that “Mel McGinnis is a cardiologist, and sometimes this gives him the right”. The implication here is that Mel’s job gives him the confidence and arrogance to speak his mind. This is a subtle commentary on the social position of middle-class Mel and the boost this gives him in daily life, even amongst his friends. In Carver’s original opening, we are told that “My friend, Herb McGinnis, a cardiologist, was talking”. There is no reflection on his social status here. Furthermore Lish’s alteration of the name “Herb” to “Mel” cultivates the “Carveresque” social concern. Noting that “Herb” is a working-class name, and that the character is middle-class, Lish changes the name to a more class-conscious “Mel”. This change may seem beyond the remit of editor as something as basic as naming characters is the author’s prerogative. Crucially however, it shows Lish’s social awareness, and more importantly, Carver’s lack of concern for this. It demonstrates how Lish was concerned with accentuating the social angle to the story and that this central part of what we associate with Carver, is derived from Lish’s intent and not Carver’s.

Moreover, Lish’s desire to create a more minimal style is represented in his alteration of Carver’s endings. Cutting and changing a total of ten of the endings of the original drafts, Beginners shows how Carver’s lengthier endings are more reflective and meditative than Lish’s crisp, curt ones. Cutting not only the eight page long story of the elderly couple in “Beginners” (185–93), into a mere two pages, Lish also transforms the ending of the story completely. Carver’s long final paragraph, which was full of character’s actions such as “Terri still… crying”, “Laura… stroking her hair”, is dismissed completely. Nick’s abstract thoughts on why the “McGinnises no longer kept horses” is also edited out and subsequently more poetic and symbolic elements of Carver’s original writing are erased. Rather, Lish zeros in on the moment, on Nick’s “heart beating” and the “human noise” creating a simple unreflective ending that implies more than it says. It becomes the reader’s responsibility to deduce what the characters are thinking and feeling. It is Lish’s editing and not Carver’s writing which makes the story reluctant to reveal anything it does not have to, and in turn makes it minimalistic.

Ultimately, what Beginners shows most clearly, is the importance of having an original edition of a writer’s work. In What We Talk About, Lish’s editorial intentions outweighed those of Carver, yet at the same time made the text far more sophisticated and created a style of writing for which Carver continues to be remembered. It is important to remember that this level of interventional editing is problematic. Whilst something like changing the title of a collection, as Lish also did, is not uncommon, altering names of characters, deleting over two-thirds of stories, and changing the whole focus and concern from the author’s original intentions are more controversial. Carver clearly had his reservations about the edition first published, and in future collections published the unedited versions of selected stories. D. T. Max, the writer responsible for drawing attention to Carver’s original manuscripts in 1998, has argued that some stories “were so transformed by Lish that they should be considered the product of two minds.” Lish’s changes have made a long-lasting imprint on literary history and there is something more sophisticated, sustained and carefully cultivated in them. All the traits which we associate with Carver, minimalism, social concern, a reluctance to reveal too much, were created through Lish’s editing. What We Talk About When We Talk About Love remains a superior edition to Beginners and reveals as much about Carver’s intentions as it does about Gordon Lish’s.