The Literature of Lyrics 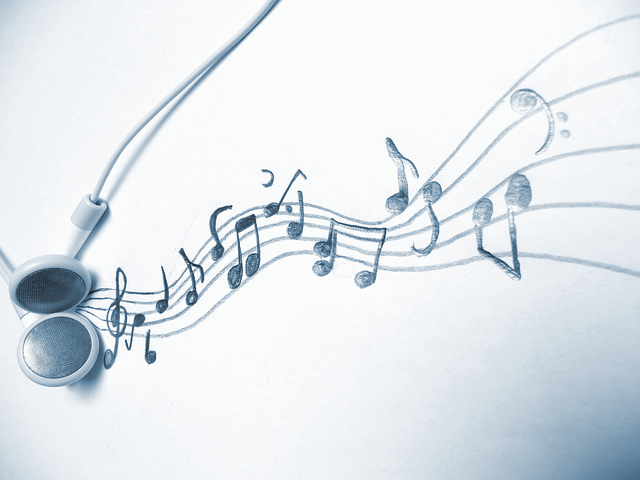 “…a teacher asked me if I thought there was any part of literature that has been neglected; anything that should be studied but currently isn’t. I answered, “music lyrics.”

“The stars are blazing like rebel diamonds
cut out of the sun.”

If I gave you these words, and you didn’t know where they were from, I wonder if you could guess. You would probably think it was poetry. Modern poetry, maybe, but surely poetry nonetheless?

“When all these fragments start to roar,
playing like an orchestra,
sometimes it’s hard to hear yourself think.
It’s like the words are crawling back inside the ink.”

“You drove across the border
as the winter rains ran dry,
and only fateful birdsong filled the sky.”

In fact, the first is from ‘Read My Mind’ by the Killers. The second is from ‘Condition’ by the alternative singer Duke Special. The third is from Keane’s ‘Strangeland’.

About two and a half years ago, in a practice university interview, a teacher asked me if I thought there was any part of literature that has been neglected; anything that should be studied but currently isn’t. I answered, “music lyrics.” His reply was a rather bemused expression.

But there really is no reason why we shouldn’t study lyrics; if we study poetry, novels, drama, we may as well add lyrics to the list. Indeed, in the past lyrics were not separated from poetry in the way they are today. Think of how many poems by Shakespeare, John Donne, Christina Rossetti, Thomas Hardy, and various other critically acclaimed writers, are called ‘song’ or include ‘song’ in their title. If John Donne’s ‘Song’, beginning ‘Go and catch a falling star’ (which, I feel I should point out, sounds a little like the first line of some rather cheesy pop ballad or Disney song) is on the English Literature first-year syllabus at universities such as Durham, I don’t see why other songs should not be too.

Of course, it isn’t quite that simple. There is a massive different between the ‘songs’ of John Donne and the songs of today. Poetry itself is far better suited to being sung when in traditional verse form; modern poetry is harder to put to music. Moreover, the concept of ‘music’ itself has changed dramatically even over the last fifty years, let alone the four hundred since Donne. In the end, with many modern songs the focus is on the music, not the lyrics. If the aim of a song is to make people dance, then it naturally matters much less what words the singer is singing over the top. However, this is by no means the case with all music. Take the examples I began this article with; some songs are simply crying out for interpretation. I am quite sure I could write an essay on the potential meaning of Don McLean’s ‘American Pie’ without too much trouble.

Besides, it is becoming increasingly obvious that people are already analysing lyrics, even if they don’t realise it. On www.songmeanings.net, there are almost 150 comments discussing the meaning of the Killer’s song ‘Read My Mind’. If you watch or listen to interviews with singers or bands, people are frequently asking them, “what does such-and-such-a-song mean? What’s it about?” And that is, in effect, the beginning of literary study. All analysis starts with the question: what does this mean?

Now, I am not suggesting we add Carly Rae Jepsen to our university English Literature syllabus. And as much as I half-secretly love Taylor Swift, I don’t really think an essay on her lyrics would make for fascinating reading. But it is worth seeing that, as we are always considering literary value in novels, we might do the same for lyrics. There are certainly some songs which are not worth studying, but that is equally true of some pieces of literature. If novels range in literary worth from Dickens to Fifty Shades of Grey, there is no reason why songs can’t have a similar spectrum, and so no reason why certain lyrics might prove to be of more interest and value than some books. Given the choice between writing an essay on Twilight or on a Laura Marling song, I would pick Laura Marling without a thought.

So, once you have broken through questions of literary value, one last problem remains. As that teacher asked me, when I suggested that lyrics are neglected in literary studies: “how can you separate it from the music?” Well, of course you can’t. But that is no reason why we shouldn’t study them. After all, while this argument against lyrics may be rather strong, there is one simple factor which contradicts it: we study plays. If we can separate the dialogue from the action, the words from the drama, if we can study the scripts for plays we have never seen – which we can, because we do – then there is absolutely no reason why we cannot study lyrics without the music.

So, why don’t we study lyrics? The simple truth is that most English students would laugh at the idea. It is unfamiliar, and so feels faintly ridiculous. Besides, it is so firmly embedded in our mind that lyrics are of less literary value than poetry, or novels, or drama, that the prejudice is hard to escape. Even in writing this article I must admit I feel mildly ashamed of myself. Analysing lyrics is somewhat of a guilty pleasure of mine. I feel as though adding Brandon Flowers to Sylvia Plath, Thomas Hardy, Tony Harrison, and T. S. Elliot in the list of poets I like to study somehow sullies the names of these ‘better’ artists. But maybe it doesn’t, or maybe it shouldn’t. Maybe, if we’re a little more open-minded about what we count as literature, we might find a whole new field opening before our eyes. Maybe.

Well I’ll end as I began, with a quote from the Killers, this time from their song ‘A Dustland Fairytale’. Because, regardless of everything else, I think this is quite as good as any poetry:

“Is there still magic in the midnight sun,
or did you leave it back in ’61
in the cadence of a young man’s eyes
out where the dreams all hide?”